This Is the President is a story-driven management game. In the year 2020, you are elected to be the President of the United States of America. To escape justice for your past crimes as a shady multi-millionaire businessman, you need to ratify Amendment 28 which would grant lifetime immunity to any President.
Manage your official and unofficial staff like a real mafioso to deal with all the old problems you’ve had in the past, as well as the shiny new problems that come with the office. You’ll battle with your competitors, the establishment, the media, and even foreign leaders.

In this political thriller-satire mix, the player's actions will inescapably lead to situations that escalate into absurd, terrifying, tragic, and even ridiculous situations.

But the road to lifelong immunity is full of pitfalls, and you’ll need to remember to clean up the daily messes that arise. Some might even call these distractions “presidential duties”.

There’s only one way out. Change the fabric of the Constitution of the United States by persuading, blackmailing, bribing, and bullying a large part of the political system into granting you lifelong immunity.

* Manage your approval rating, cash, and crew unlike any US President before – stay on top of your presidency by any means necessary
* Hold speeches, draft executive orders, manage daily crises, hold press conferences, and tweet better than any President before
* Hire a team of assassins, hackers, lobbyists, and other specialists. Send them on dangerous missions that can be solved by legal means. If that doesn’t work, send them on dangerous missions that can be solved by illegal means
* Experience a compelling interactive narrative with a wide variety of choices and story branches. Will you end your term on your terms, or are you just a pawn in a bigger game?
* Rule the country as a true mobster would with a shadow cabinet that is feared and respected on a global scale

Need help? Use our This Is the President Walkthrough page or sign up and make your contribution today.

About This Is the President

This Is the President is a strategy game developed by HandyGames, and is available for download on both iOS and Android devices. The app is compatible with iOS 13.0 or later on the following devices: iPhone 11 Pro, X, Xs, SE, iPhone 8, 7, 6, iPad Pro and iPad Mini.

Click the button or scan the QR code below to download the latest version of This Is the President on iOS.

This Is the President Screenshots 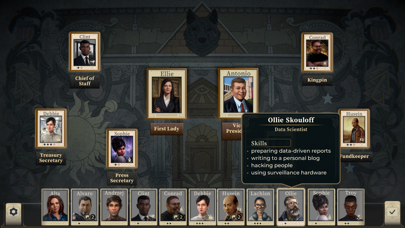 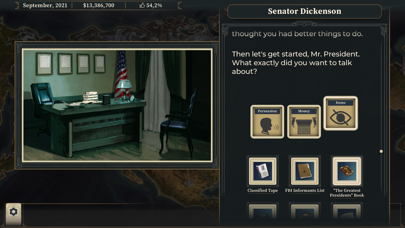 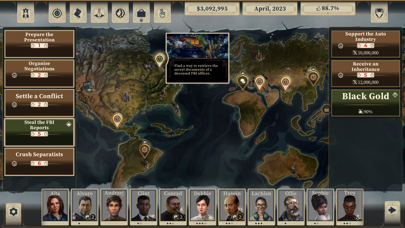 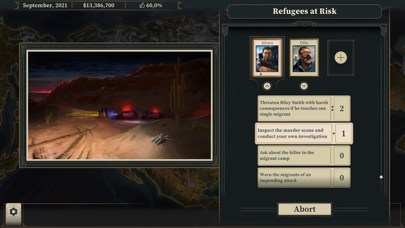 This Is the President Add-Ons

Create New Price Alert for This Is the President