"No one knows where these portal-like sites called miracles come from. They appeared out of nowhere and turned the world upside down."
When Pandora’s box opened, hope turned into desolation. To fight the monsters that are hell-bent on causing destruction, ordinary people become awakened, god-like beings, gaining divine powers through divine sound waves. In these darkest times, will you stand up, gather these heroes, and save the world?

MOST BADASS GODS EVER

> EMBARK ON AN URBAN ADVENTURE
Set in the near future with a stylish, urban mythological theme, Dislyte is a visually stunning story of heroes that offers a smooth gameplay experience. Build your own squad now and take the fight to the enemy!

> SUPERHEROIC CHARACTERS
The divine power to awaken Espers comes from gods of worldwide mythologies, including Chinese, Egyptian, Greek, and Northern European. They take on diverse appearances and personalities, depending on from whom they received the power.

> FEEL THE BEAT
Take yourself down to funky town! Enjoy the smooth city soundscapes on every street corner, Experience the neon light gameplay and drop the beat with a unique gacha system!


> DEEP STRATEGIC GAMEPLAY
Assemble the ultimate lineup of battle-ready heroes. Feel the thrill of combat pump through you as you protect the city from the next attack. Adapt and perfect your strategy with each turn, using your skills and wisdom to reverse a bad situation to your advantage!

Destiny awaits you in Dislyte. Join the adventure now!

Need help? Use our Dislyte Walkthrough page or sign up and make your contribution today.

New Features 1.Added Treasure Kingdom event (unlocks for Lvl 20+ players). Event Time 2022-4-26 (post-update) - 2022-5-10 00:00:00 (UTC+0) Event Details ◇ Throw a die to advance Boomboom to a board square and claim awesome rewards! ◇ During the event, players can get points for each event task completed, up to 50 points per day. ◇ Spend 10 points to roll a die. Boomboom advances based on the pips. ◇ Players will get rewards based on the board square where Boomboom stops. ◇ For every 50 steps Boomboom advances, players can get a Boomboom’s Surprise that grants a 5-Star/6-Star Flawless Relic type of your choice. ◇ The higher your squad level, the greater the chance of obtaining a 6-Star Relic. 2.Added Rockin’ Puzzles event (unlocks for Lvl 20+ players). Event Time 2022-4-26 (post-update) - 2022-5-3 00:00:00 (UTC+0) Event Details ◇ Complete Daily Tasks to earn opening attempts. Log in daily to get an attempt and earn an extra attempt for every 100 Stamina consumed, up to 4 attempts daily. ◇ Each puzzle is made up of 16 pieces. Get rewards for each piece you unlock and additional prizes for connecting a row or column. 3.Added share function to the summoning system. ◇ When players summon an Epic/Legendary Esper, they can share their moments. ◇ Share your results for the first time each week to claim 100 Diamonds. 4.Added a Wave Booster that can be purchased from the Plaza, up to 3 Wave Boosters per week. 5.Added the Shopping Fiesta event. ◇ Players can spend any amount in the Plaza to unlock the event. ◇ During the event, players can make purchases in the Plaza to earn Consumption Points. Accumulate Consumption Points to get additional rewards. 6.Added Tactics Exams for Hyde (Hades), Unas (Shu), and Cecilia (Isis). Adjustments and Optimizations 1.Quick Promote Optimizations: ◇ Rare Espers can now be automatically selected in the Quick Promote feature. ◇ Optimized the Quick Promote panel. 2.Dynamic Namecard effects are now applied to Friends panel, Club member panel, and more places. 3.Players can now use boost items in certain formation panels and view the current bonuses. 4.Club Optimizations: ◇ Optimized the main club UI and club icon colors. ◇ Optimized the Club Tasks panel. 5.Cube Miracle Optimizations: ◇ Added some new Runes. ◇ Optimized Rune descriptions. The changes after a rune upgrade will now be highlighted. ◇ Changed from reviving a random fallen Esper to an Esper of your choice. 6.Replaced XP Booster in the Star Promotion Gift with Wave Booster: Promote to 5-Star for the first time: Day 2 reward changed from XP Booster (8h) x1 to Wave Booster (1h) x1 Promote to 6-Star for the first time: Day 2 reward changed from XP Booster (24h) x1 to Wave Booster (1h) x1 Promote to 6-Star after the first time: Replaced XP Booster (8h) x1 with Wave Booster (1h) x1 in the rewards. 7.Silver Record changes: ◇ Players can no longer obtain Silver Records in the game. Rewards that contain Silver Records will be deleted or replaced with other items. ◇ Silver Records acquired prior to the update can still be used. 8.Optimized some Esper Portraits in Story mode and made some graphic changes to certain scenes. 9. Club-related adjustments: ◇ Club capacity adjusted from 50 to 30. Members stay still for Clubs already established before the update. However, such Clubs won't be able to recruit new members until the member count goes below 30. ◇ Weekly Tasks now require fewer repetitive completions. ◇ Clubs now need less XP to perform upgrades. After the update, the level of your Club may change accordingly. 10.Now shield strength will not be reduced during point war battles. 11.Added a second portrait for Gabrielle (Njord), Ren Si (Black Tortoise), and Ye Suhua (Shao Siming). Max out their levels to unlock. 12.The Legendary Espers in the Beginner Summoning event switched from Lewis (Ares) and Li Ling (Nezha) to Tang Xuan (Sun Wukong) and Li Ling (Nezha).

Dislyte is an application developed by Lilith Games International and released on iOS. The app is compatible with iOS 11.0 or later on the following devices: iPhone 11 Pro, X, Xs, SE, iPhone 8, 7, 6, iPad Pro and iPad Mini.

Click the button or scan the QR code below to download the latest version of Dislyte on iOS. 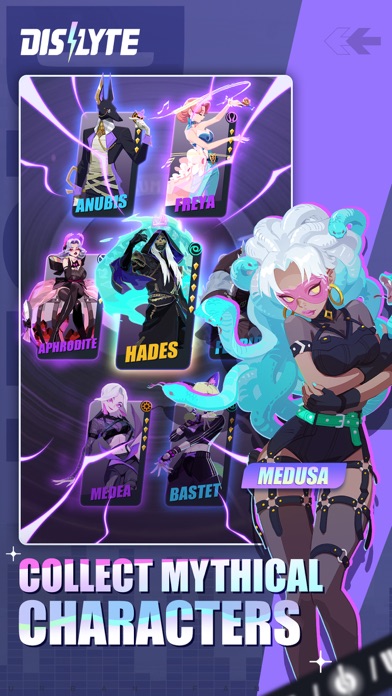 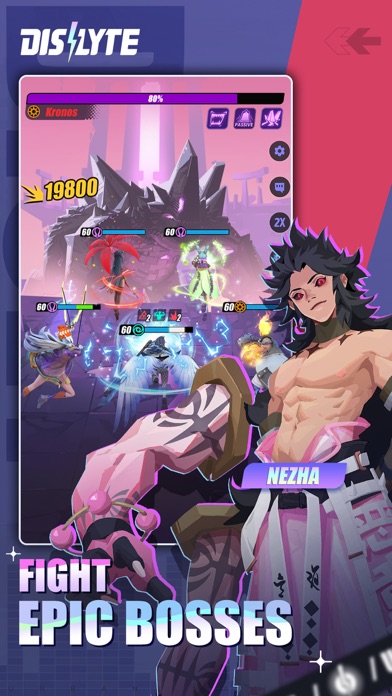 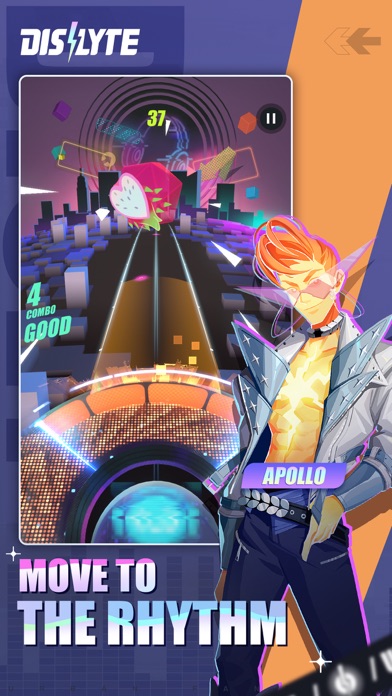