SANDBOXAnimal Revolt Battle Simulator is the ultimate physics-based battle simulator sandbox! Place two opposing armies made of different types of beasts and watch them tear each other apart in an epic battle! As the creatures fight, you can see the limbs bending, necks twisting, and bodies flying around everywhere!

You can even attach weapons to the animals! Put some huge guns, rocket launchers, and crossbows on a T-Rex and watch the havoc it wreaks!

Enjoy ultimate flexibility! Attach as many body parts and weapons as you want, anywhere you want!

You can save your creations for later use!

CAMPAIGN
Test your tactical and strategic expertise in the campaign mode. Pick the right beasts, place them in the right place, and command them to defeat the enemy.

The most expensive army doesn't always win. Units have strengths and weaknesses. Find out what they are and use that knowledge to your advantage on the battlefield!

Need help? Use our Animal Revolt Battle Simulator Walkthrough page or sign up and make your contribution today.

Dragon added to the game!

Animal Revolt Battle Simulator is a free-to-play, strategy and simulation game developed by VDimension, and is available for download on both iOS and Android devices. The app is compatible with iOS 10.0 or later on the following devices: iPhone 11 Pro, X, Xs, SE, iPhone 8, 7, 6, iPad Pro and iPad Mini.

Click the button or scan the QR code below to download the latest version of Animal Revolt Battle Simulator on iOS. 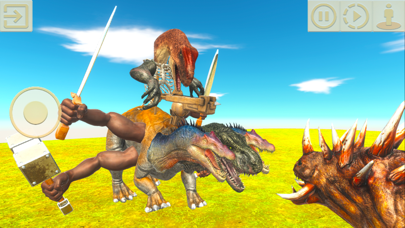 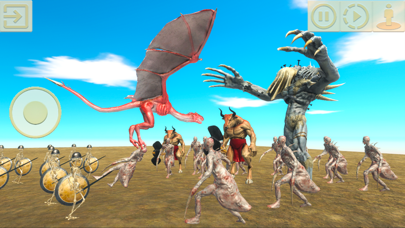 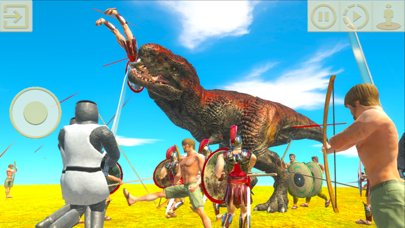 Review: Not bad The game has A lot of adds and low budget for campaign but apart from that it’s good I...

Review: Fix fallout plz The unit is amazing but the teeth wiggle out of it when it moves and the tail is walk by...

Review: How I feel about the game It is very good I have been playing for at least 1 year at I can say it is awesome and...