Here's a game some call Lingo or Jotto, and now Wordle. Guess a wordlet - a little word of just a handful of letters. It's popular, challenging & fun!This version of the game has thousands of 5-letter words, and now many NEW features:
- it now includes 6- and 7-letter words, when you want even more challenge!
- an option to reveal the first letter in gameplay (lingo-style gameplay)
- colorblind mode for those with difficulty isolating green from other colors
And Wordlets always lets you play more than one game a day. With over 15,000 wordlets to guess, you'll never run out.
The word list is curated - no proper nouns or offensive language.
Play as much as you want, with as much challenge as you like! Download now!

Need help? Use our Wordlets⋆ Walkthrough page or sign up and make your contribution today.

Wordlets⋆ is a free-to-play, puzzle and word game developed by Elizabeth Ashley, and is available for download on both iOS and Android devices. The app is compatible with iOS 15.0 or later on the following devices: iPhone 11 Pro, X, Xs, SE, iPhone 8, 7, 6, iPad Pro and iPad Mini.

Click the button or scan the QR code below to download the latest version of Wordlets⋆ on iOS. 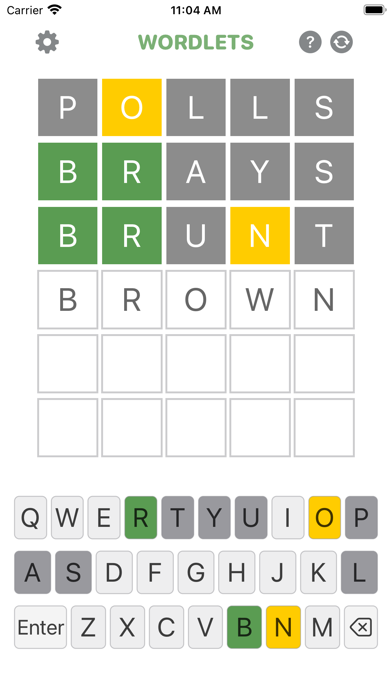 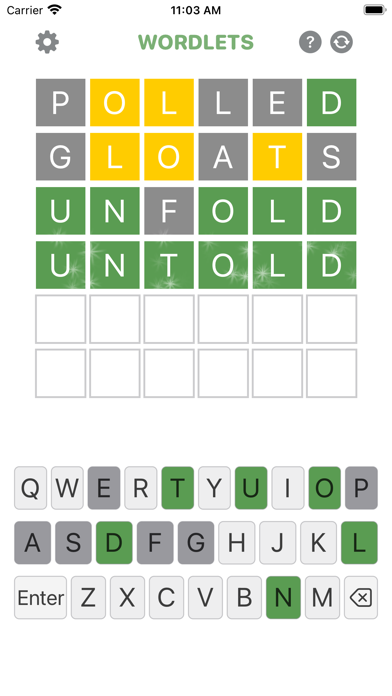 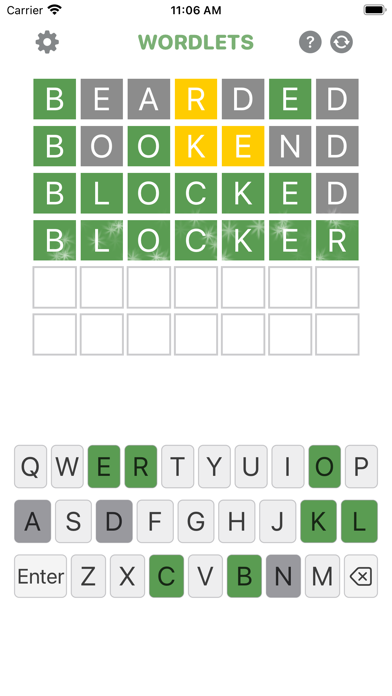 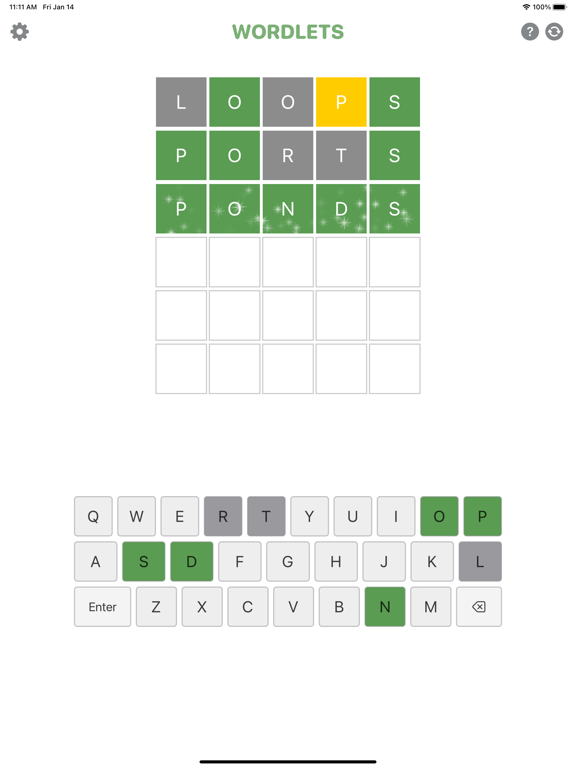 Review: Make it perfect If the letters could be entered in any order, not just left to right, it would be perfect. It would...

Review: Obscure words Love everything about it but some words are so obscure it takes the fun away. The more I play, the...

Review: Same as Wordle, No ads for 2 bucks! No ads. Same as wordle and doesn't steal your info.