What kind of monster will be born from your favorite CD?
Become a monster breeder now and train your monsters to participate in battle competitions!


▼Aim to become a Master, the top monster breeder!
◇◇ Acquire your monsters ◇◇
Features a system that allows you to acquire monsters by searching through an original CD database!
Discover what kind of monsters can be born from a variety of songs, from nostalgic to fresh new tracks,
and raise the rare monsters that you couldn’t acquire during the original release!

◇◇ Develop a training menu from a variety of options ◇◇
All monster stats, such as their health, strength, and resilience, are directly affected by the work and training you put them through.
And by praising and scolding their achievements, you can help them grow even further!
But watch out for your monsters' stress levels! It’s also important to be attentive to their needs.
There are even more ways to raise monsters than in the previous game, so it's time to show off your trainer skills!
"Keep up the good work with your assistant, Colt, and your pet bird, Joy!"

◇◇ Take your monsters out to compete ◇◇
Once you've trained your monsters, register them for competitions and let them fight.
During a fight, you can give your monster instructions to guide them to victory.
But if their loyalty is low, they might not listen to you, so this is where the quality of your training comes into play.
Win an official match to advance and aim to become an S Rank Monster Breeder!

▼ Evolving from the original series
Based on the feedback from the series fans, some of the most requested improvements have been incorporated into the game,
making it more comfortable to play while maintaining the fun of the original.

▼ Compete against your rivals around the world!
You can download monsters raised by breeders all over the world and battle them against your own monsters.
Raise the strongest monsters and become the best monster breeder!

Need help? Use our Monster Rancher 2 Walkthrough page or sign up and make your contribution today.

Monster Rancher 2 is a simulation game developed by KOEI TECMO GAMES CO., LTD, and is available for download on both iOS and Android devices. The app is compatible with iOS 9.0 or later on the following devices: iPhone 11 Pro, X, Xs, SE, iPhone 8, 7, 6, iPad Pro and iPad Mini.

Click the button or scan the QR code below to download the latest version of Monster Rancher 2 on iOS. 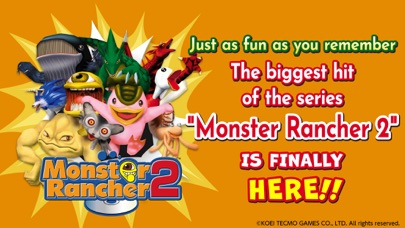 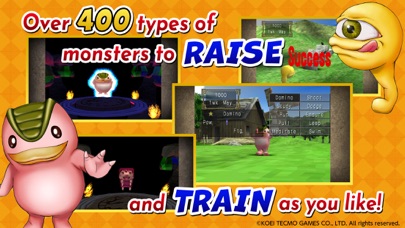 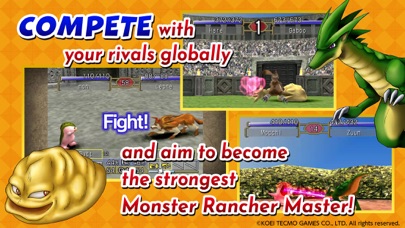 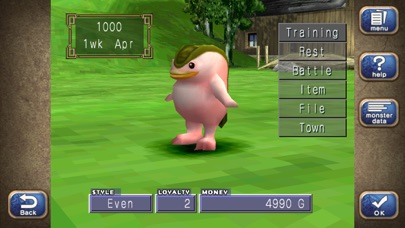 Review: Stop I am playing this game and get phone call Game stopped. Iphone X version

Review: Nostalgia & A Great Premise I love the MR series. This was a lot of fun but it wore out pretty quickly and left me...

Review: Good game bad glitch Every time I get a phone call the game freezes and I have to restart losing any progress prior to...

Review: Nostalgia for a 90s kid This was my first PlayStation game as a child and it back a lot of memories and is faithful to...