ibis Paint X is a popular and versatile drawing app downloaded more than 150 million times in total as a series, over 2700 materials, which provides over 2000 brushes, over 1100 fonts, 75 filters, 46 screentones, 27 blending modes, recording drawing processes, stroke stabilization feature, various ruler features such as Radial Line rulers or Symmetry rulers, and clipping mask features.
*YouTube channel
Many tutorial videos on ibis Paint are uploaded to our YouTube channel.
Subscribe it!
https://youtube.com/ibisPaint

*Concept/Features
- A Highly functional and professional features surpassing that of desktop drawing apps.
- Smooth and comfortable drawing experience realized by OpenGL technology.
- Recording your drawing process as a video.
- SNS feature where you can learn drawing techniques from other users' drawing process videos.

*Feedback from users
We receive many good reputations from users.
- I could have never assumed that I can draw such a beautiful drawings on smartphones!
- Easiest to use among all drawing apps!
- I have learned how to draw digital drawings without Mac or PC!

*Features
ibis Paint has high functionality as a drawing app along with features of sharing drawing processes with other users.

[Layer Features]
- You can add layers as many as you need with no limit.
- Layer parameters that can be set to each layers individually such as layer opacity, alpha blending, adding, subtracting, and multiplying.
- A handy clipping feature for clipping images, etc.
- Various layer commands such as layer duplication, import from the photo library, horizontal inversion, vertical inversion, layer rotation, layer moving, and zooming in/out.
- A feature for setting layer names to distinguish different layers.

*About ibis Paint purchase plan
The following purchase plans are available for ibis Paint:
- ibis Paint X (free version)
- ibis Paint (paid version)
- Remove Ads Add-on
- Prime Membership (Monthly plan / Yearly plan)
There is no difference in features other than the presence or absence of advertisements for the paid version and the free version.
If you purchase the Remove Ads Add-on, the ads will not be displayed and there will be no difference from the paid version of ibis Paint.
In order to use more advanced functions, the following Prime Membership (Monthly plan / Yearly plan) contracts are required.

[Prime Membership]
A prime member can use the prime features. You can try it free for the one-month at the time of the first purchase.A prime member can use the following features and services
- Prime Materials
- Prime Fonts
- Tone Curve filter
- Gradation Map filter
- Clouds filter
- Reordering artworks in My Gallery
- No advertisements displayed
* After you become a prime member with the first one-month free trial, if you do not cancel your “Prime Membership” at least 24 hours before the last day of the free trial, your “Prime Membership” will be automatically renewed and you will be charged for the automatic renewal.
* We will add premium features in future, please look out for them.

*Questions and support
Questions and bug reports in reviews will not be responded to, so please contact ibis Paint support.
https://ssl.ibis.ne.jp/en/support/Entry?svid=25

Ibis Paint X is an application developed by ibis inc and released on iOS. The app is compatible with iOS 11.0 or later on the following devices: iPhone 11 Pro, X, Xs, SE, iPhone 8, 7, 6, iPad Pro and iPad Mini. 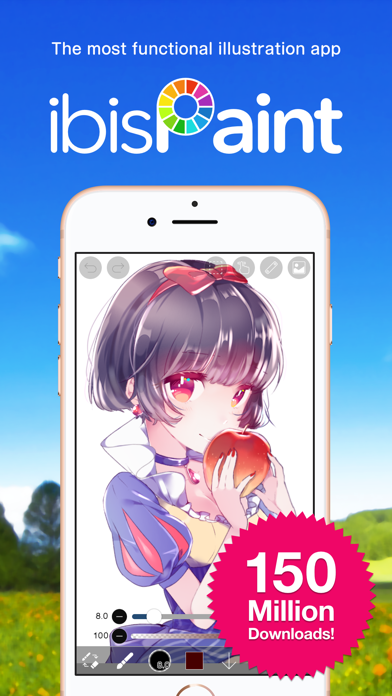 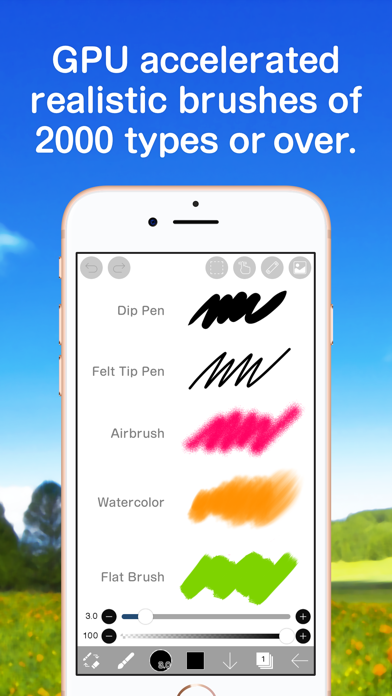 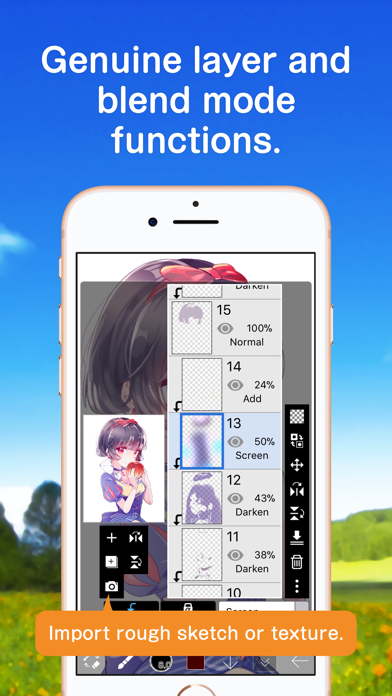 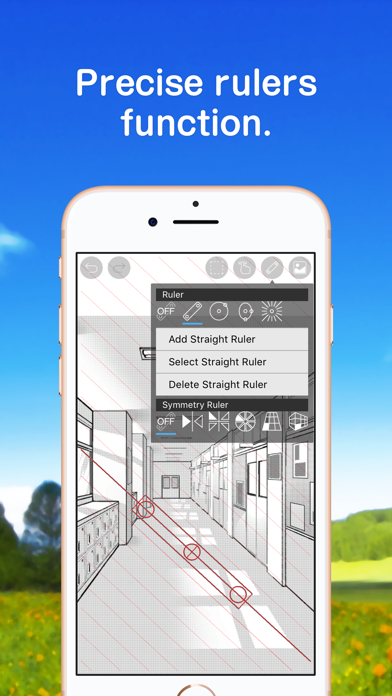 Review: Very excellent I take screenshots and I edit on ibisPaint X it was good how it came out

Review: Idk ya it’s really good but there should be a update about we can add whatever music we want when...

Review: Quick Suggestion This game is good and I have an idea to probably make it better. What if you add a animating...

Review: I love it This is the best painting app ever it has the best colorPallet ever and there’s so many brushes too!

Review: Overall really good software It’s really easy to learn and really versatile for a free software, the ads can get annoying sometimes though.