Have you ever wanted to get Christmas Decorations back to what they used to be? Nowadays it seems every neighborhood takes the easy way out and just sets up Inflatables and digital light shows, instead of spending the time to hang lights on the house and trees, put candles in the window, and decorations on the doors and railings. Now is the time for you to take Christmas back! Use your BB Gun to pop those inflatables and return decorations back to what they were meant to be. If your neighbor is too lazy to take down their Halloween inflatable you can deflate one of those and score extra points, but be fast as those show up and disappear real quick.
Pop-A-Mode - In this mode, Inflatables appear for a limited time and you have 60 seconds to score as many points as you can. Each inflatable takes one shot to remove, but be careful because any of the classic Christmas inflatables will take away your points. To shoot the inflatable tap on it as it shows up on the screen. It will rise up from the scene stay for a second, and then disappear by receding back into the scene. It can be shot in all 3 actions, but is harder to hit when it is inflating or deflating. Score extra points for any Santa or Snowman inflatable that doesn’t make any sense. Earn extra shots for taking out the leftover Halloween inflatable, and do not hit the Yeti inflatable or it is Game Over!

Practice - No timer and no shot count. This is for those who want to practice or just shoot inflatables.

Need help? Use our Tis' The Season Walkthrough page or sign up and make your contribution today.

About Tis' The Season

Tis' The Season is an action game developed by APPtitude Software, and is available for download on both iOS and Android devices. The app is compatible with iOS 12.0 or later on the following devices: iPhone 11 Pro, X, Xs, SE, iPhone 8, 7, 6, iPad Pro and iPad Mini.

Click the button or scan the QR code below to download the latest version of Tis' The Season on iOS. 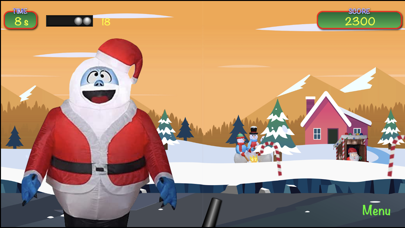 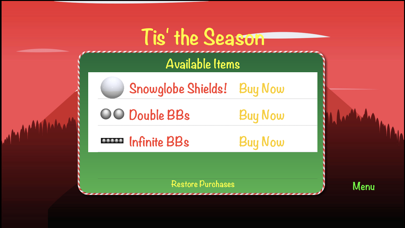 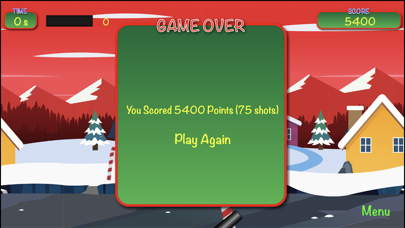 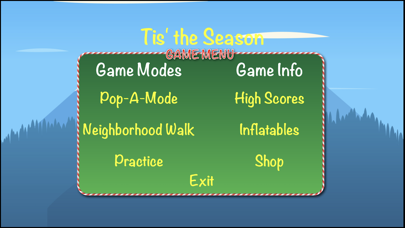 Review: Surprisingly fun & addictive! I swore off phone games but checked this out at the developer’s prompting. Funny ‘let’s save Christmas from...