Join Harry as he collects hundreds of golden eggs spread across over 30 beautifully hand drawn levels, plus some hidden extras.
Your fingers will be tapping as you guide Harry from level to level, grabbing every last egg along the way (and munching some bird seed too!).

Watch out though because Bertha, Harry's arch enemy, is not going to stop until she’s put an end to his egg collecting antics! Her dopey ostriches wandering each level may be slow, but if Harry gets cornered, it could be Game Over!

Chuckie Egg 2017 is a thoroughly modern take on retro-style platform action, with fully animated characters, vibrant art, modern touch screen controls, and multiple game modes so you can always come back for more.

It’s going to be an egg-splosive adventure, so get your fast fingers at the ready.

Hatch a plan to beat the game and don’t get too hard boiled or you may end up being scrambled!

- 25 base levels plus 2 hidden extra levels.
- "Mountain Madness" level pack with 6 new levels, new art and new music.
- Normal and Hard difficulty modes.
- Survivor Run. How long can you last on only one life?
- Auto-complete option allows you to play any level in any order.
- Fully animated, hand drawn characters and art.
- Tutorial level to help you practice and learn the controls.
- Twelve Game Center Achievements.
- No ads, no IAPs, and absolutely no tracking!

Need help? Use our Chuckie Egg 2017 Walkthrough page or sign up and make your contribution today.

- this version updates the underlying Unity framework and platform utilized by the game - on iPhone / iPad devices without physical home buttons, the status bar will now be hidden while playing

Chuckie Egg 2017 is an application developed by Downsideup Games and released on iOS. The app is compatible with iOS 8.0 or later on the following devices: iPhone 11 Pro, X, Xs, SE, iPhone 8, 7, 6, iPad Pro and iPad Mini. 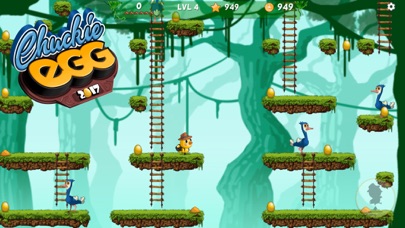 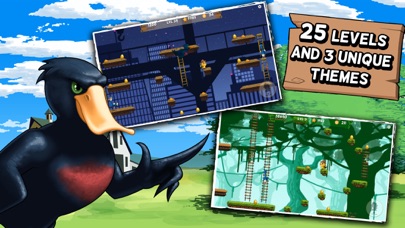 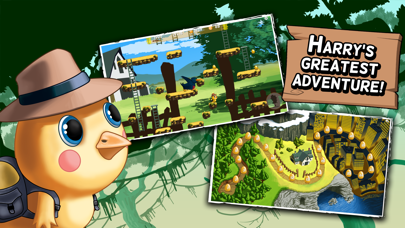 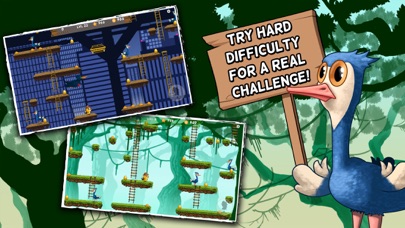