Play as a lord in the Three Kingdoms and lead your army to conquer the chaotic land. Build your city, research technologies, and expand territories to boost resource production. Arm your loyal generals with the best skills and battle with thousands of other players online in real-time! You can join an alliance to grow and conquer with your friends, or else you can become a ranger that plunders the world as a lone wolf. Made by Unreal Engine 4, Epic War: Thrones brings PC-level experiences to mobile. Experience the realistic landscape and weather, and implement them into your strategy. Command, conquer, and claim the throne!
**Season 4 New Features**
The dynasty is on the edge of collapse, and the world is in chaos. Will you choose to be the savior of the dynasty, or to be the revolutionist and establish a new empire?
- 8 New Generals
- 6 New Tome Skills
- 2 Opposing Great Powers, Choose One to Join

**Game Features**
【Epic battles between hundreds of players】
Join real-time epic battles with hundreds of players, every decision you make matters! Full assault or sneak attack? Ally or foe? Choose your strategy carefully. Capture ports and passes to strengthen your position, fight for resource grids to boost your production. Rule the battlefield like a real commander.

【The world of the Three Kingdoms recreated】
Embark on a conquest that took place a thousand years ago, into the well-known history of the Three Kingdoms. Witness the clashes of warlords, tactics from the Art of War being implemented, and legendary generals confronting each other. Will you be able to survive in this chaotic land and eventually claim the throne?

【Legendary generals at your command】
Summon legendary generals of the Three Kingdoms to join your cause! Be they the formidable general Guan Yu, or the loyal marshal Jiang Wei who tried to defend his empire until the end. Each with unique skills and troop type, use them to build your powerful legion! All generals are detailed modeled in the game, they are once made alive from the past history and are waiting for your command!

【Alliances, factions, and rangers】
Are you a team player or a lone wolf? As an alliance player, you can fight with your friends, defeat strong enemies together and help each other to grow. Or else, you can be a stealthy and maneuverable ranger, a lone wolf that plunders the battlefield and a true predator. It is up to you to choose who you want to become.

【Realistic world with diverse terrains and weathers】
Explore the massive map with over 4 million tiles, march your troops across mountains, rivers, deserts, forests, and frozen lands. The global weather system will affect your army, generals, and overall combat effectiveness. Use the terrain and weather as your advantages, and you can defeat enemies that once seemly untouchable.

【Unlimited possible strategies】
Hundreds of general skills, 4 troop types with 28 variants, 6 different battle formations, and various Strategies that can utilize weather to strengthen your army. You have unlimited strategies to choose from, use them well and prove your wisdom!

**Device Requirement**
System version: IOS 10 or above/ Iphone6s or newer are recommended.

Need help? Use our Epic War: Thrones Walkthrough page or sign up and make your contribution today.

Epic War: Thrones is a free-to-play, card and strategy game developed by Archosaur Games, and is available for download on both iOS and Android devices. The app is compatible with iOS 10.0 or later on the following devices: iPhone 11 Pro, X, Xs, SE, iPhone 8, 7, 6, iPad Pro and iPad Mini. 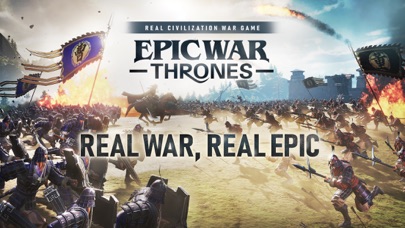 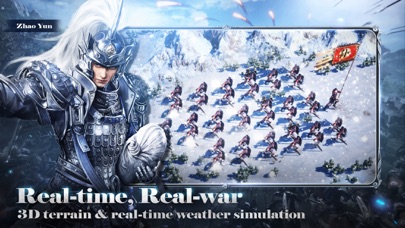 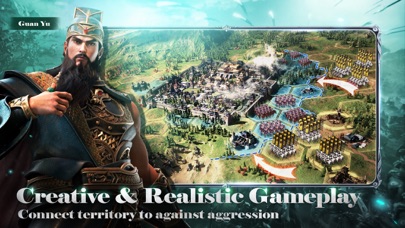 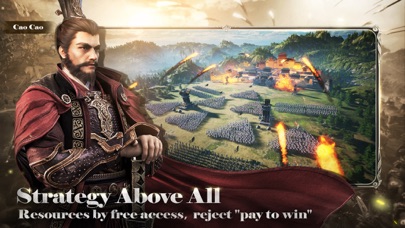 Review: Confused What am i supposed to do? Theres no tutorial, and theres no explaining anything. There are so many buttons, am...