Kathy Rain: Director's Cut is a re-imagining of the classic 2016 point-and-click detective mystery set in the '90s.
In this investigative thriller, you will do things like:

All while moving from location to location on your sweet hog and getting into all sorts of trouble!

Kathy is a strong-willed journalism major who must come to terms with her troubled past as she investigates the mysterious death of her recently departed grandfather.

Armed with her motorcycle, a pack of cigs, and a notepad, Kathy delves into a local mystery surrounding her hometown that will take her on a harrowing journey of emotional and personal turmoil.

As she follows a trail of clues left by her grandfather, questions emerge: What was Joseph Rain really looking for that night all those years ago? What turned him into a mere shell of a man, confined to a wheelchair? What secret did a suicidal young artist take with her to the grave, and why are so many people in Conwell Springs going mad? The truth is dark, sinister, and yours to uncover…

• Extended storyline, including a longer and more satisfying ending and 700+ new lines of dialogue with the original cast
• Several new areas to explore with unique puzzles to solve
• Streamlined controls with a single-click mouse interface and controller support
• Enlarged all game environments for widescreen without black bars on the sides
• Extra character animations, improved lighting/shadows and better weather effects
• Remixed and expanded soundtrack
• Five brand new motorcycle designs to unlock

Need help? Use our Kathy Rain: Director's Cut Walkthrough page or sign up and make your contribution today.

Kathy Rain: Director's Cut is a puzzle game developed by Raw Fury, and is available for download on both iOS and Android devices. The app is compatible with iOS 13.0 or later on the following devices: iPhone 11 Pro, X, Xs, SE, iPhone 8, 7, 6, iPad Pro and iPad Mini.

Click the button or scan the QR code below to download the latest version of Kathy Rain: Director's Cut on iOS. 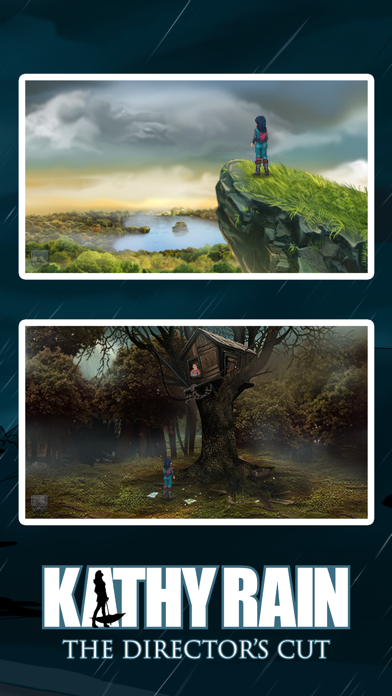 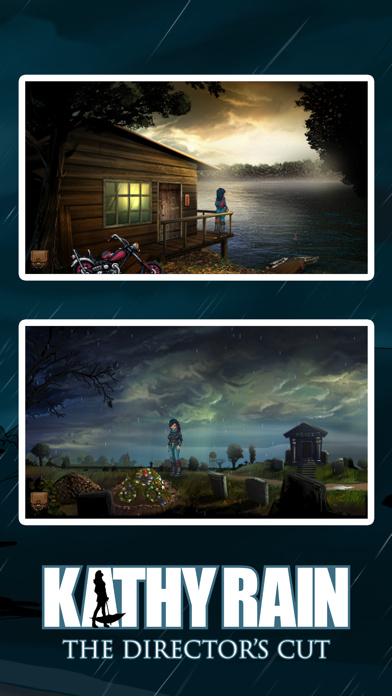 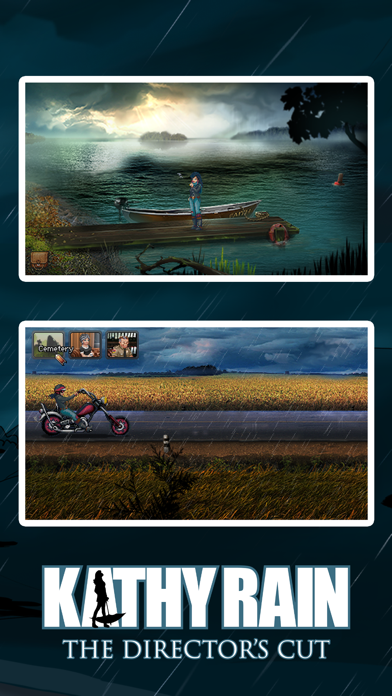 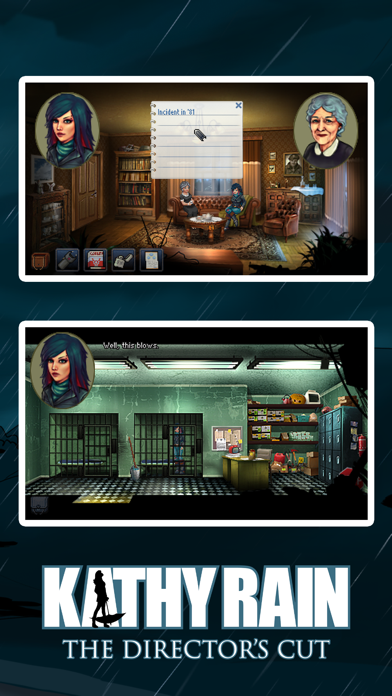