Tinker Racers is a Survival Racing Party Game. Drive mini RC cars through tracks built around the house with common, everyday items. Up to four friends can join forces or compete with each other on the same device!
Forget the finishing line and just try to stay in sight on chaotic miniature tracks! You want to be leading the race to be the camera target. Especially because everyone that leaves the camera dies!

Race with mini RC cars on tracks that your parents never allowed you to set at home, on different game modes:

COOP CAMPAIGN
- Beat frenetic angry bots to unlock new tracks. Continue the good work and you may be allowed to mess up with other rooms;
- Damage your car as minimum as possible to increase your score. Remember how careful you were with your toys (errhh… you were, right?);
- Team up to get even higher scores playing it multiplayer. Be it your parents, siblings or friends, join forces with them to prove that you have the best teamwork out there!

FREE FOR ALL
- Don't care about scores, but love to compete and troll your friends? Race Free For All matches against your mates in a truly sociable way!

SINGLE RACE
- For the more traditional racers, play Single Race mode with up to 4 local players in split screen.

WARNING: DO NOT TRY TO SET ANY OF THIS TRACKS AT HOME! RISK OF FIRE AND SEVERE DAMAGE TO YOUR PROPERTY!

This game is a tribute from two Codemasters MicroMachines fans. Thank you for the inspiration!

Need help? Use our Tinker Racers Walkthrough page or sign up and make your contribution today.

Tinker Racers is a racing game developed by RUMBORA DESENVOLVIMENTO DE PROGRAMAS NAO-CUSTOMIZAVEIS LTDA, and is available for download on both iOS and Android devices. The app is compatible with iOS 11.0 or later on the following devices: iPhone 11 Pro, X, Xs, SE, iPhone 8, 7, 6, iPad Pro and iPad Mini.

Click the button or scan the QR code below to download the latest version of Tinker Racers on iOS. 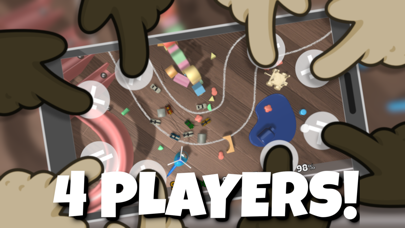 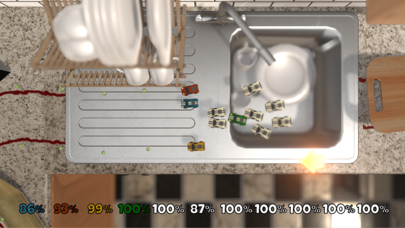 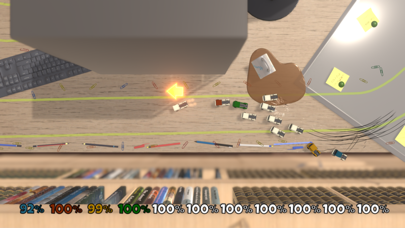 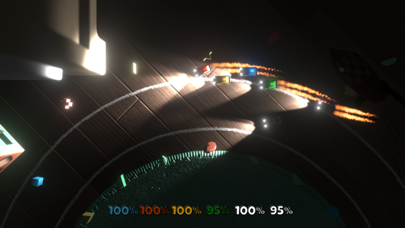