*Note: Apple Accounts held by users aged 12 and under will not be able to access our online multiplayer features.

Team up with friends across platforms, get competitive in ranked seasons, play solo against the A.I., or pass & play with a pal on one tablet!

Turn-Based (Asynchronous)
- Fully turn-based gameplay fits into your busy schedule!
- Ranked games allow 24 hours to take your turn
- Instead of playing for hours on end, get notified when it’s your turn, then use the War Diary to check out what you missed! (or stick around & watch the battle unfold in real time— that’s an option too!)

Player Accounts & Profiles
- Track your stats & win/loss rates for each alliance
- Your commander account syncs across devices
- Switch seamlessly between iPad & desktop to take your turns, view your stats & connect with friends

Hot Seat
- Pass the tablet around to play with friends & family

Online Multiplayer
- Cross-platform play between tablets & computers
- Create custom games for 2 to 5 players
- Games can include a mix of humans & A.I. players

SPRING 1942...THE WORLD IS AT WAR
German tanks mobilize in the west, blitzing into France and pushing back the Soviet Union in eastern Europe. The United States rises in response to Japanese aggression in the Pacific. The United Kingdom rallies allies as bombers menace the skies. The year is 1942, and the world is at war!

Victory goes to the side that conquers its opponents on the field of battle and occupies the greatest cities of the world. Will the Axis continue to spread across the globe unchecked, or will the Allies rally to push back against imperialistic tyranny? Challenge your friends and change the course of history!

Need help? Use our Axis & Allies 1942 Online Walkthrough page or sign up and make your contribution today.

MOBILE LAUNCH Axis & Allies 1942 Online is now available for iPhones! Play the classic board game on the go— and enjoy new features & fixes rolling out in today's update.

Axis & Allies 1942 Online is a strategy game developed by Overhaul Games, and is available for download on both iOS and Android devices. The app is compatible with iOS 13.2 or later on the following devices: iPhone 11 Pro, X, Xs, SE, iPhone 8, 7, 6, iPad Pro and iPad Mini.

Click the button or scan the QR code below to download the latest version of Axis & Allies 1942 Online on iOS. 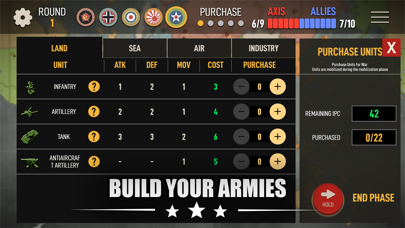 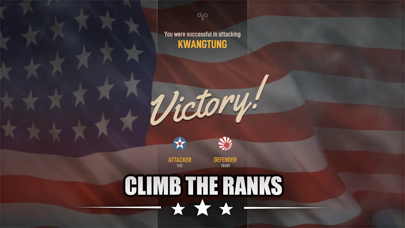 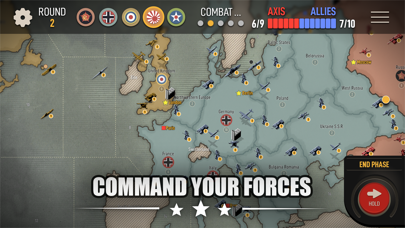 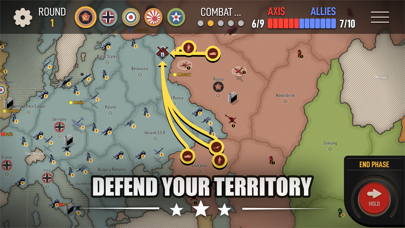 Review: Disappointing I’m giving it 3 stars out of respect for the great board game that it is but is unplayable for...

Review: Freaking love this game! So glad hasbro finally got this done! Only bug I see right now is that offshore fire isn’t removing...

Review: Not working well since 15 update I have the game on my Mac and iPad and it works great. It also worked just fine on my...

Review: I am addicted… So great to be able to have a number of games going at the same time playing with so many...