The stars disappeared from the skies. All that remained was darkness.
The line between life and death blurred as millions plunged into an abyss of misery.

The Father of the Gods desperately tried to summon his children, but the only answer was the repeating prophecy:

Every ten thousand years, the world will fall into disorder. Heaven and earth will flip, and the stars will vanish. All will perish and turn into dust. Everything comes full circle, and the old gods will fall from their reign.

It was a destined calamity... The crisis of the gods.

[Game Features]
- Western-fantasy world with stunning visuals and audio
Heroes with distinct personalities, spectacular maps and graphics, and immersive battles! Experience the most HD sword and sorcery world on your mobile device!

- Idle and Relaxing
Busy with work and other activities? Earn EXP and rewards by being AFK! Enjoy the thrill of leveling up!

- Tap and Battle
Change your formation, switch your positions, strategize, and turn the tide in battles!

- Great Selection of Heroes
Collect unique Heroes, and explore various skills and strategies! Team up Heroes as you like, and form your favorite squad!

Need help? Use our Rage of Destiny Walkthrough page or sign up and make your contribution today.

New Content: 1. New Hero [Triguna - Samsara Light]. Can be obtained through the Starter Pack, Portal, and Divination. 2. New Chapter: Chapter 27 [Bone Bridge]. 3. Up to Floor 350 available for Atonement Tower. 4. New Event: Ladies' Tea Party (refer to the game for more details). 5. New Feature: Added new reward system in Dragon's Den. 6. Shop: - New Starter Pack will be available from August 16 to August 28 (GMT+8). - New Hero [Triguna - Samsara Light] has been added to the new Starter Pack. - Players who have bought the previous Starter Pack will be able to buy the new Starter Pack. Improvements and Bug Fixes: 1. Optimized Chest types. Players can now hold the button to automatically edit the quantity. 2. Added the Victory Monument ranking to Chapters 26-30. 3. Added a confirmation window for Deputy Leader removal. 4. Optimized the labels of high-ranking Guild members' names. 5. Optimized the Guild Boss experience. 6. Changed the chat interface's time zone to local time zone. 7. Changed the 4x Speed requirement. VIP 9 players will be able to access the feature instantly. 8. Added the new Hero Triguna to the Dragon's Den Mercenary Camp. 9. Fixed the issue where the Battle button goes missing. 10. Fixed the text display error in the Guild Boss failure interface. 11. Fixed the display error of remaining Healing Spring chances at the Eternal Battlefield. 12. Fixed the Might display error in the Arena and Campaign battle reports. 13. Fixed the issue where materials are not automatically added during +20 and above Exclusive Equipment enhancements. 14. Fixed other known game bugs.

About Rage of Destiny

Rage of Destiny is a free-to-play card game developed by SkyRise Digital Pte, and is available for download on both iOS and Android devices. The app is compatible with iOS 10.0 or later on the following devices: iPhone 11 Pro, X, Xs, SE, iPhone 8, 7, 6, iPad Pro and iPad Mini.

Click the button or scan the QR code below to download the latest version of Rage of Destiny on iOS. 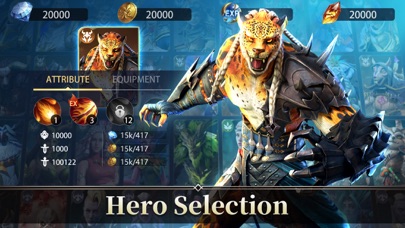 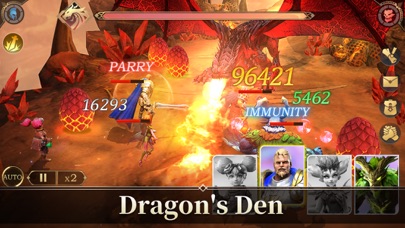 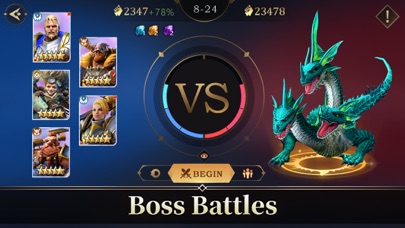 Review: Please upgrade non profit. I hope to receive some behind the curtain action.

Review: DOWNLOADING FOR RAGTAGG So far a great time killer! I’d leave more of a review but this is just from the first...

Review: A few similar style games came out at the same tim This one felt the most authentic and fun to play. Has a good balance of F2P progression with idle...