"One look in the mesmerizing eyes of Daedalic's cuddly, brainwashing bunny and one can't help but to love him." (4players, 90%)


Lily is a shy student of a convent school and life doesn't go easy on her. Only her remarkable imagination lets her escape the drudgery of everyday life and the tasks of the stern matron. These tasks she attends to with due diligence, no matter how hard or unfair they are. Her innocent, stoic way of following order without further reflection is as tragic as it is eerie. All anger or childlike behavior is buried deep within her.

And even if something unpleasant happens around her, there are always the jolly censor-gnomes. They'll paint anything pink that might upset Lily, making them not only funny, but also very convenient. But are Liliy's little potato-shaped friends real, or are they a just a projection of her vivid subconscious? It seems, it's only a matter of time until she'll snap!
When her best friend Edna vanishes under mysterious circumstances, Lily has to go on a perilous journey to get her friend back, but also to overcome her deepest fears.

Need help? Use our Harvey's New Eyes Walkthrough page or sign up and make your contribution today.

Harvey's New Eyes is an adventure game developed by Daedalic Entertainment GmbH, and is available for download on both iOS and Android devices. The app is compatible with iOS 9.1 or later on the following devices: iPhone 11 Pro, X, Xs, SE, iPhone 8, 7, 6, iPad Pro and iPad Mini. 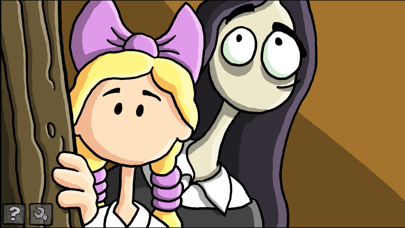 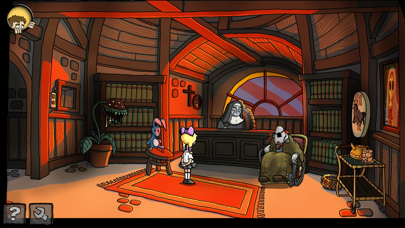 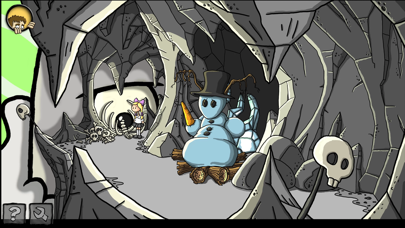 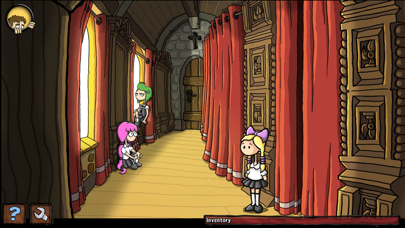