This version of the game has no advertising.We recommend you to download the free version, and if you will like it, then buy this version.
You can find a free version on the Apple Store, by typing in the search: "The Tower of Hanoi. Ancient math puzzle. Ruslan Goncharenko".

The Tower of Hanoi (also called the Tower of Brahma or Lucas' Tower, and sometimes pluralised) is a mathematical game or puzzle.

Legend says that at the beginning of time the priests in the temple were given a stack of 64 gold disks, each one a little smaller than the one beneath it. Their assignment was to transfer the 64 disks from one of the three poles to another, with one important provisonal large disk could never be placed on top of a smaller one. The priests worked very efficiently, day and night. When they finished their work, the myth said, the temple would crumble into dust and the world would vanish.

There are three rods, and a number of disks of different sizes which can slide onto any rod.
The puzzle starts with the disks in a neat stack in ascending order of size on one rod, the smallest at the top, thus making a conical shape.

The objective of the puzzle is to move the entire stack to another rod, obeying the following rules:
Only one disk must be moved at a time.
Each move consists of taking the upper disk from one of the rods and sliding it onto another rod, on top of the other disks that may already be present on that rod.
No disk may be placed on top of a smaller disk.

Need help? Use our The Tower of Hanoi. (ad-free) Walkthrough page or sign up and make your contribution today.

This app has been updated by Apple to use the latest Apple signing certificate.

About The Tower of Hanoi. (ad-free)

The Tower of Hanoi. (ad-free) is a board game developed by Ruslan Goncharenko, and is available for download on both iOS and Android devices. The app is compatible with iOS 7.1 or later on the following devices: iPhone 11 Pro, X, Xs, SE, iPhone 8, 7, 6, iPad Pro and iPad Mini.

The Tower of Hanoi. (ad-free) Screenshots 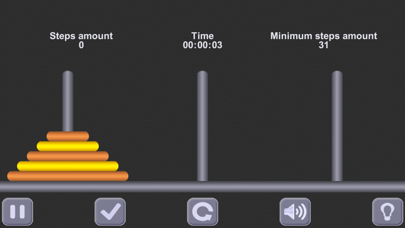 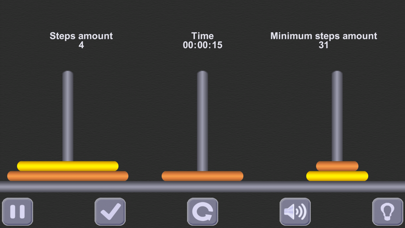 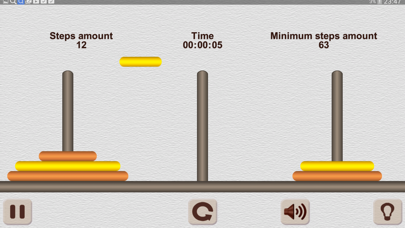 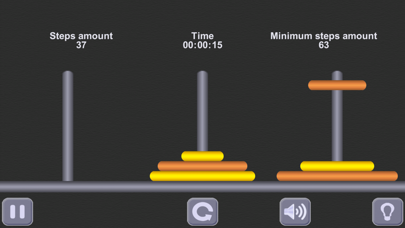 The Tower of Hanoi. (ad-free) Add-Ons

Create New Price Alert for The Tower of Hanoi. (ad-free)