To survive and reproduce, wars between animals take place frequently in nature. In The Ants: Underground Kingdom, you are the ultimate Ant Ruler to build the Anthill, lead the Queen, grow the colony, and defend against enemies. For the glory and prosperity of your ant empire, you must show your own strategies resourcefulness.
--Game Features—

【Build Anthill】
The Anthill of an ant colony is the same as the castle of an empire, which provides a safe place for the offspring to grow. Anthill layout is strategically crucial, so you should plan your hive wisely, construct tunnels, thus building your ideal ant empire!

【Hatch Ants】
The number of ants represents the rise and fall of an ant empire. For the development of your ant empire, you must hatch as many ants as possible. Lead them to fight, plunder resources, and expand your territory!

【Mutate Ants】
To plunder resources and expand territory, you must build a mighty Ant Troop. In addition to numerous advanced Soldier Ants, You also need to have leaders for your Ant Troops: The Special Ants. You can get powerful Special Ants by hatching mutant eggs. Your Ant Troop will gain a sweeping victory with a proper combination of Soldier Ants and Special Ants.

【Create Alliance】
Fighting alone will never be easy. Success only leaves for the alliances who think alike. By creating or joining an Alliance, you can help each other to grow and fight together. With the help of allies, the ant empire under your command will surely take its place in this Ant Kingdom!

The Ants: Underground Kingdom provides an instant online customer service, which will surely give you a better gaming experience.
No matter what kind of questions you have, we are here to help as much as possible. You can contact us through the following channels:

Attention!
The Ants: Underground Kingdom is free to download. However, some items in the game are not free. Players must be at least 3 years old to download it, as defined in the Terms of Use and Privacy Policy. Besides, devices should have access to network as this is an online game.

Need help? Use our The Ants: Underground Kingdom Walkthrough page or sign up and make your contribution today.

About The Ants: Underground Kingdom

The Ants: Underground Kingdom is a free-to-play, simulation and strategy game developed by StarUnion, and is available for download on both iOS and Android devices. The app is compatible with iOS 9.0 or later on the following devices: iPhone 11 Pro, X, Xs, SE, iPhone 8, 7, 6, iPad Pro and iPad Mini. 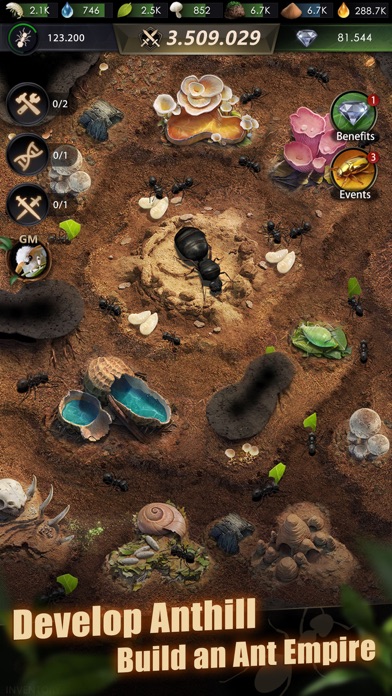 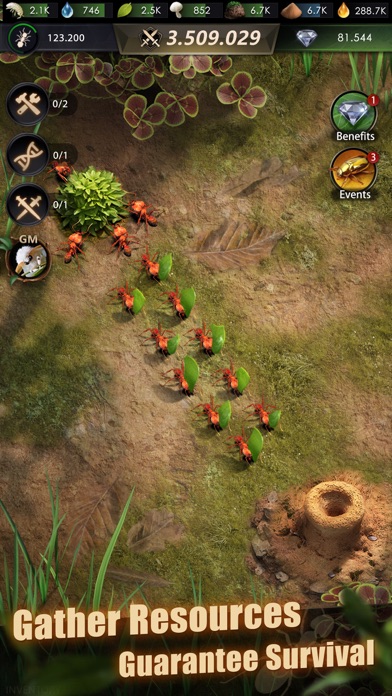 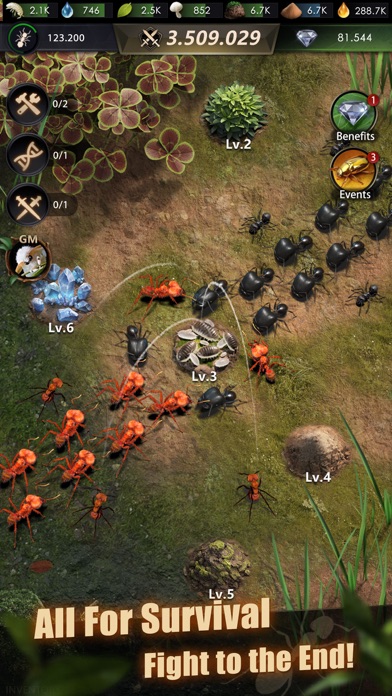 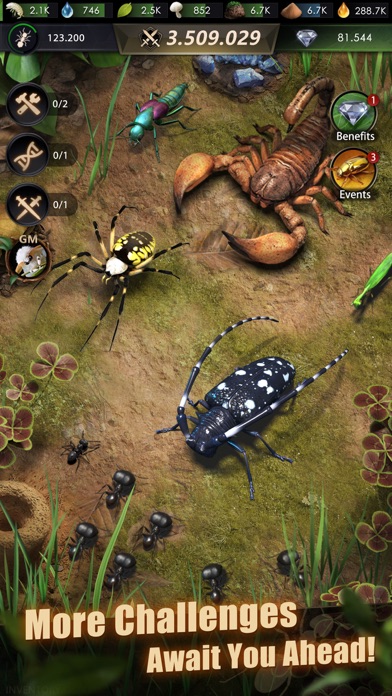 Review: Clearly I’m a moron I am completely clueless as to what to do or not do. I even thought maybe this is more of...

Review: The Ants at first i was confused but the more i played the more i understood and the more fun the game...

Review: It’s me again Give me the loops brother I must feed my ants

Review: Love It! Greatly developed! I like SIM games, like Township but i get bored quickly. Not so much this game. Its great for distraction!...