The original FINAL FANTASY II comes to life with completely new graphics and audio as a 2D pixel remaster!
A remodeled 2D take on the second game in the world-renowned FINAL FANTASY series! Enjoy the timeless story told through charming retro graphics. All the magic of the original, with improved ease of play.

Our epic tale begins with four young souls orphaned during the struggle between the Palamecian Empire and the rebel army. On their journey, the youths join forces with the white wizard Minwu, Prince Gordon of Kashuan, Leila the pirate, and many others. Behold the beautiful and sometimes tragic twists of fate that await you on your adventure.

FFII introduced a unique skill level system that strengthens different attributes of the characters depending on their fighting style instead of leveling up. Use the key terms you learn in conversation to unlock new information and progress in the story.

*One-time purchase. The app will not require any additional payments to play through the game after the initial purchase and subsequent download.
*This remaster is based on the original "FINAL FANTASY II" game released in 1988. Features and/or content may differ from previously rereleased versions of the game.

Need help? Use our FINAL FANTASY II Walkthrough page or sign up and make your contribution today.

FINAL FANTASY II is an application developed by SQUARE ENIX and released on iOS. The app is compatible with iOS 13.0 or later on the following devices: iPhone 11 Pro, X, Xs, SE, iPhone 8, 7, 6, iPad Pro and iPad Mini. 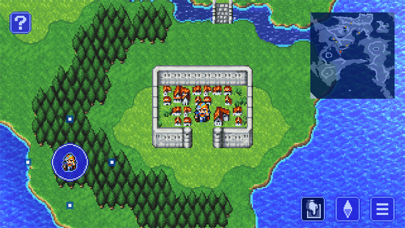 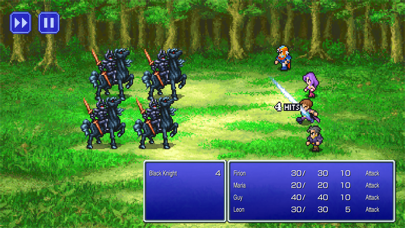 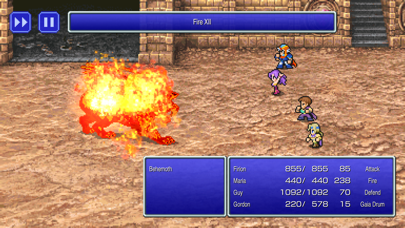 Review: Almost perfect! Just needs controller support!! I am a long time FINAL FANTASY fan. I bought the FF2 and FF3 pixel remasters for the iPhone and...

Review: Snow craft bugged Great game, really fun. The graphics are not the same as the remastered PSP version. They appear to be closer...

Review: Masterpiece Touch controls took a minute but work perfectly well. I don't care about controller support since I just want to...

Review: Great! Please port to consoles The only two things I’d ask for are controller support and releasing these to consoles so everyone who hasn’...

Review: A very good remaster!!! I’ve never played FF2 before until now, mostly because I’ve heard it was hard. This version is very...