The original FINAL FANTASY comes to life with completely new graphics and audio as a 2D pixel remaster!
A remodeled 2D take on the first game in the world-renowned FINAL FANTASY series! Enjoy the timeless story told through charming retro graphics. All the magic of the original, with improved ease of play.

Earth, fire, water, wind... The light that once shone within the four Crystals was lost. Darkness covered the land, until the only hope for humanity rested in legends past. Become the Warriors of Light and embark on your own journey to restore power to the Crystals and save the world.

Switch between classes to improve your characters. Traverse the wide world with your airship and other vessels. Return to the game that started it all.
---------------------------------------------
・Universally updated 2D pixel graphics, including the iconic FINAL FANTASY character designs created by Kazuko Shibuya, the original artist and current collaborator.
・Beautifully rearranged soundtrack in a faithful FINAL FANTASY style, overseen by original composer Nobuo Uematsu.
・Improved gameplay, including touch controls, modernized UI, auto-battle options, and more!
・Dive into the world of the game with supplemental extras like the bestiary, illustration gallery, and music player.

*One-time purchase. The app will not require any additional payments to play through the game after the initial purchase and subsequent download.
*This remaster is based on the original "FINAL FANTASY" game released in 1987. Features and/or content may differ from previously rereleased versions of the game.

Need help? Use our FINAL FANTASY Walkthrough page or sign up and make your contribution today.

FINAL FANTASY is an application developed by SQUARE ENIX and released on iOS. The app is compatible with iOS 13.0 or later on the following devices: iPhone 11 Pro, X, Xs, SE, iPhone 8, 7, 6, iPad Pro and iPad Mini. 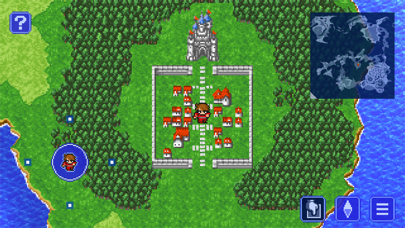 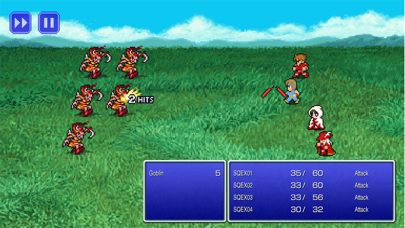 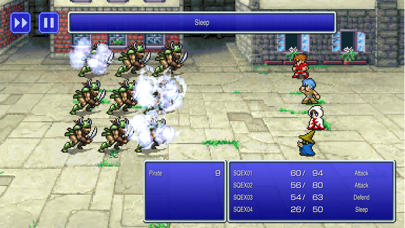 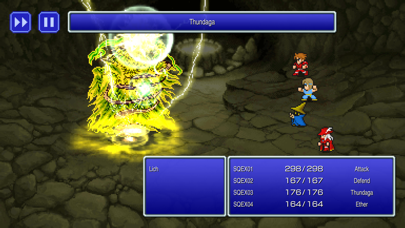 Review: Loving this game I’m a huge FF fan and I finally found a way to play and pass this game on my...

Review: Great game Never played the first one loving so far don’t mind the no controller support it’s no that big...

Review: AMAZING Definitely getting 2 once I beat this(and get money)

Review: Better but still not ideal for mobile This port is an improvement and looks great! Needs more mobile features, such as auto save and portrait mode! I...

Review: Finally! Man I am glad they brought back the original graphics! A masterpiece!