*There is an internal purchase, but it is not essential to clear the game!This is to expand the range of enjoyment of the game.
*In the vertical display, a cross key appears at the bottom left, but it is not essential for operation. It is not displayed in landscape orientation. High-speed movement is also possible by flicking the screen.
*Operation instructions can be found in the game. Tap the book icon at the top left of the screen.

*This is a remake of a popular game that was released more than 30 years ago and has been updated and improved.
This game is based on the game first released in 1988 on the PC called "First Queen". (Later, it was also released on home console machines)
The game screen has been made larger, battles allowing using a 2nd battalion of troops, and the overall game play has been upgraded to improve playability!

*Original Game System
Your subordinates will usually attack and retreat according to orders, but they will do so based on their individual personalities.
There are also characters and items that were not in the original, such as nurses who are dedicated to treat the wounded without any regard to danger and also soldiers who are able to fully use special items.
The tribes that make up the nation may become enemies or allies as the game progresses.
Defeating an enemy leader can turn the concerning enemy troops into allies.

Players can take control of a character and move them out of dire situations. In other words, basically, you are their "guardian".
If the characters are in a battle they can win, you can leave them alone. When fighting against a stronger foe, use of items and other abilities might be required.
A weak character will quickly retreat when their "LIFE" decreases.
If they leave the battle and stay away from enemies, they can quickly recover to fight again.
This has resulted in a system where "even strong soldiers will be in danger if surrounded".
It is a system for heroes to fight in groups instead of facing battles alone.

In the same manner as a typical simulation game, many units are spread throughout the country.
Over time, some enemy units will march towards your castle.
You also need a strategy on where to stop powerful units.

*The operability has been matched to smartphones and tablets. You can flick and scroll in the selection window.
Dash with a 4-way flick. Escape with a dash or rescue your allies. It is also possible to damage the enemy by ramming.
Heavy characters like Lance have a greater effect, making it easier to break through the enemy's enclosure.
The icon palette is enlarged for easy operation.
To download all the data from the store, please download it with a Wi-Fi connection.

*Record of the Battle of Ornic.
The Queen was full of ambition to control the world and began marching south.
However, countries that faced her were not unified and fell before her army marching towards Ornic.
With the fall of his country, Count Richmont begins a counterattack with Crucible soldiers.

Need help? Use our FirstQueen1NEXT Walkthrough page or sign up and make your contribution today.

The cross key was displayed at the bottom left of the screen, but it was hidden at the beginning. To display it, use the "Lower left cross key display" in the system menu.

FirstQueen1NEXT is a strategy game developed by Kure Software Koubou Co.,Ltd, and is available for download on both iOS and Android devices. The app is compatible with iOS 11.0 or later on the following devices: iPhone 11 Pro, X, Xs, SE, iPhone 8, 7, 6, iPad Pro and iPad Mini.

Click the button or scan the QR code below to download the latest version of FirstQueen1NEXT on iOS. 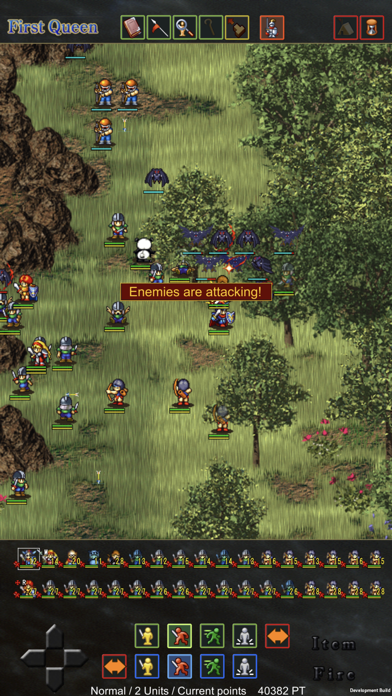 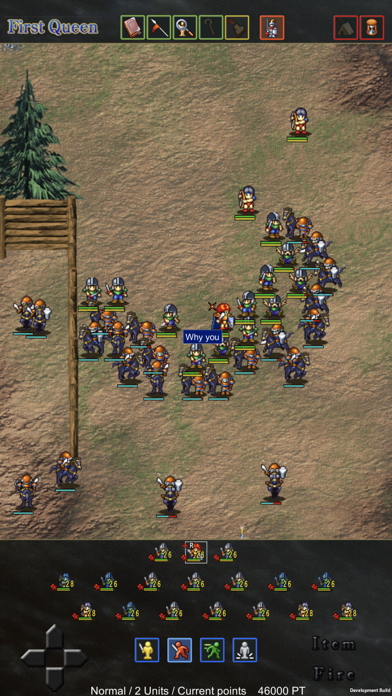 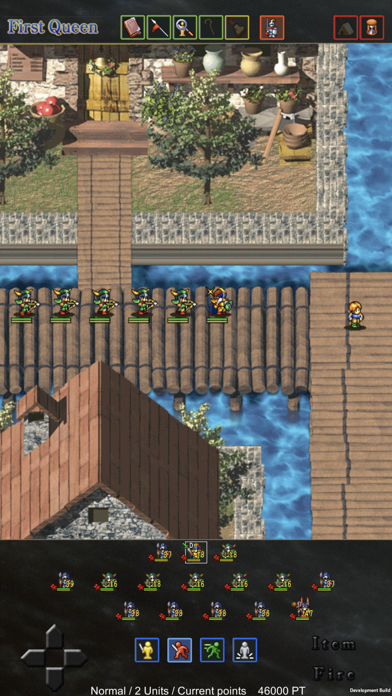 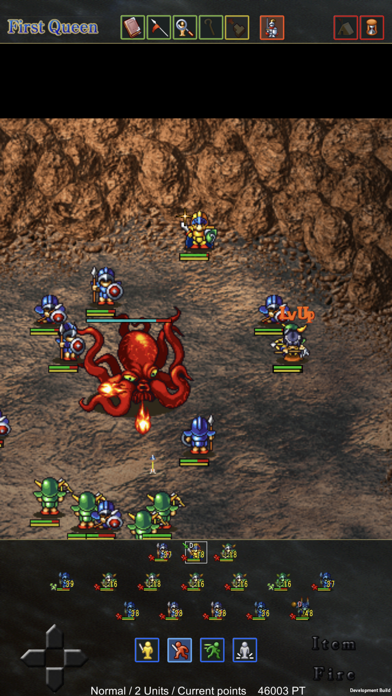