Euchre with Friends is a fully featured Euchre card game designed for iPhone, iPad and Mac. Online or offline, play Euchre, Two Handed Euchre (1V1) and Bid Euchre! Euchre with Friends has a minimalistic design that makes it intuitive to play. It allows you to practice against offline opponents as well as to challenge of online matches. Download this classic card game and begin dominating your friends and family.
GAME FEATURES

Euchre is a trick taking game with a trump, played by four players in teams of two. One of the teams names the trump and must then win the majority (3) of the tricks in that hand. The goal is to win at least three tricks. If the side that called the trump fails to get three tricks, it is said to be "euchred" or "bumped". Winning all five tricks is called a \"march.\" First team to 10 points wins.

Bid Euchre is similiar to Euchre but rather than calling/passing on a face up card players take turns bidding how many cards they can get. Highest bid gets to call trump. The goal is to win at least as many tricks as bid. If the side that called the trump fails to get as many tricks as bid, it is said to be "euchred" or "bumped". Winning all six tricks is called a \"march.\" First team to 30 points wins.

Two Handed Euchre is one vs one Each player gets 12 cards whomever calls suit must wins 7 tricks to avoid being Euchrered. Each trick taken counts as 1 point. The goal is to win at least as many tricks as bid. If the player that called the trump fails to get as many tricks as bid, it is said to be "euchred or bumped" and the opposing player receives 12 points. Winning all 12 tricks is called a "march". First player to 31 points wins.

If you have any technical issues or feedback please let me know at [email protected] Thank you!

Need help? Use our Euchre with Friends Walkthrough page or sign up and make your contribution today.

About Euchre with Friends

Euchre with Friends is a card game developed by Kyle Knez, and is available for download on both iOS and Android devices. The app is compatible with iOS 14.0 or later on the following devices: iPhone 11 Pro, X, Xs, SE, iPhone 8, 7, 6, iPad Pro and iPad Mini. 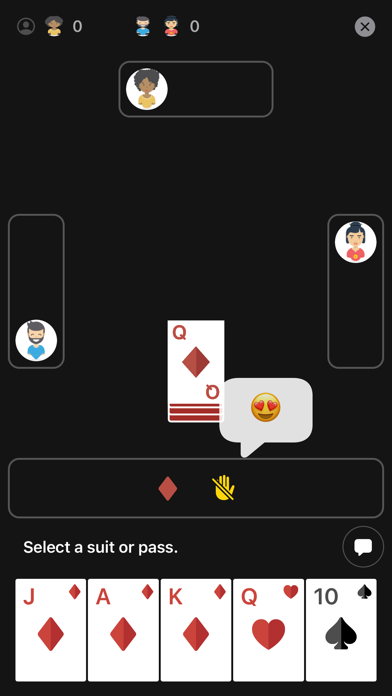 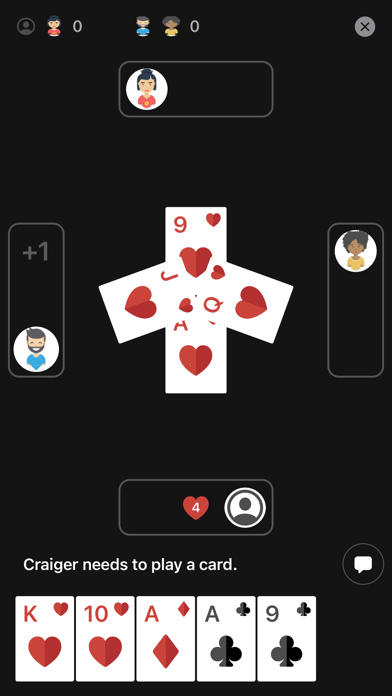 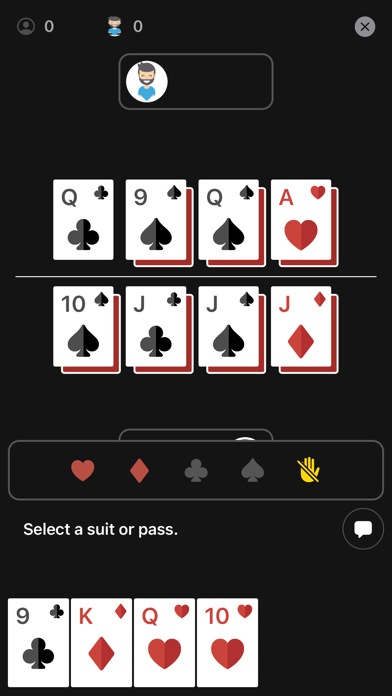 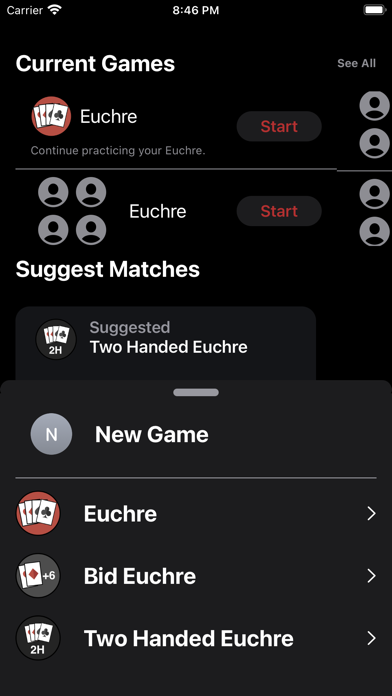 Review: Euchre The suit you pick to play needs to be in color. So we can see it better.

Review: TRUMP When someone calls trump it is hard to see who called trump.

By Trump it is

Review: cards lack detail The card value can not be seen, because the value is marked on one side. The card gets buried under...

Review: needs some work Love the game-- but you can't always see the cards that have been played-- use the regular/standard cards. Also,...

Create New Price Alert for Euchre with Friends
Explore Greatest Apps ...everyday!
2 Awesome iPhone apps you should try today.
push it - get it