All the popular monsters and weapons from the Godzilla series are ready for battle!Build your own team of the strongest monsters and fight against players from all over the world in real time.
Get ready for fun but intense 3 minute battles!

Discovering and Upgrading Monsters:
Win battles to acquire maps of Monster Island.
Explore the maps and discover new monsters!
If you find a monster you already have, use it to upgrade your monsters!

Battle Stages:
Cities all across the world become the stage for the ultimate monster showdown.
How your monsters interact with the unique features of each terrain will decide the winner!

Ranked Matches:
Aim for first place in the monthly ranked matches.
Get special rewards based on your ranking!

...and more to come.
Stay alert for incoming destruction!

Need help? Use our GODZILLA BATTLE LINE Walkthrough page or sign up and make your contribution today.

GODZILLA BATTLE LINE is a free-to-play strategy game developed by Toho Co.,Ltd, and is available for download on both iOS and Android devices. The app is compatible with iOS 10.0 or later on the following devices: iPhone 11 Pro, X, Xs, SE, iPhone 8, 7, 6, iPad Pro and iPad Mini. 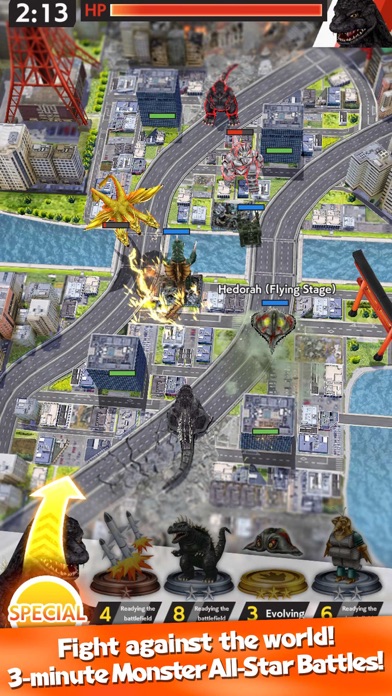 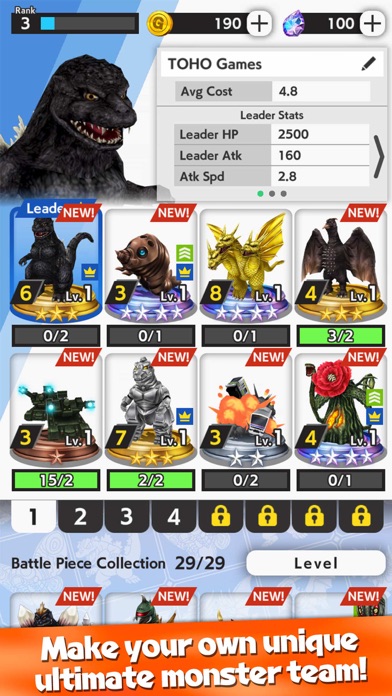 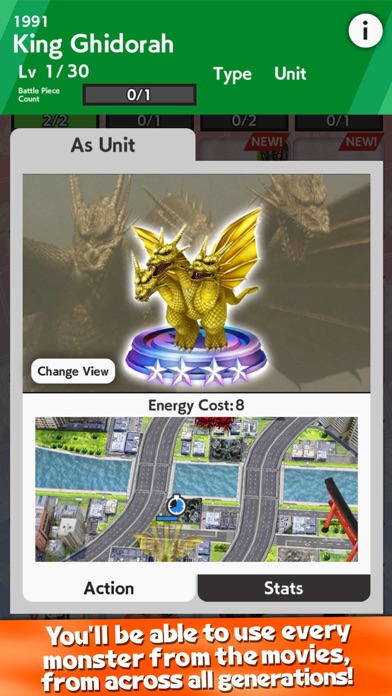 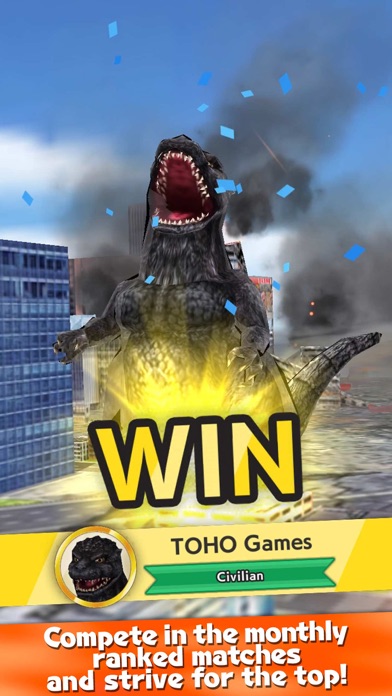 Review: Keep improving Updates have continued to improve the game. Thank you for taking the time to improve what has the potential to...

Review: Love the game. Some suggestions for improvement. This is a fun game with a good amount of customization with Godzilla characters. There are still a little bit...

Review: Awesome inclusion of the amarican Monsterverse Hopefully we can get Godzilla from 2014 and 2019! Along with Kong 2017! And Lastly Rodan, Mothra, and King Ghidorah From King of...

Review: Cool but….. Okay this game is cool and all but like I cannot battle any other people