King is a trick-taking card game played by four players. The game is popular in many countries and is similar to the Barbu (Tafferan) game. It uses a standard 52-card pack, ranking from highest to lowest A K Q J 10 9 8 7 6 5 4 3 2 in each of the four suits. In the course of a session, each player will play two trump and three negative contracts, so that there are 20 hands played in all.

There are six negative contracts:
No Tricks, No Hearts, No Boys, No Girls, No King of Hearts, No Last Two.
Taking cards/tricks gives a penalty points.

Need help? Use our King Walkthrough page or sign up and make your contribution today.

King is a free-to-play card game developed by Adikus, and is available for download on both iOS and Android devices. The app is compatible with iOS 11.0 or later on the following devices: iPhone 11 Pro, X, Xs, SE, iPhone 8, 7, 6, iPad Pro and iPad Mini. 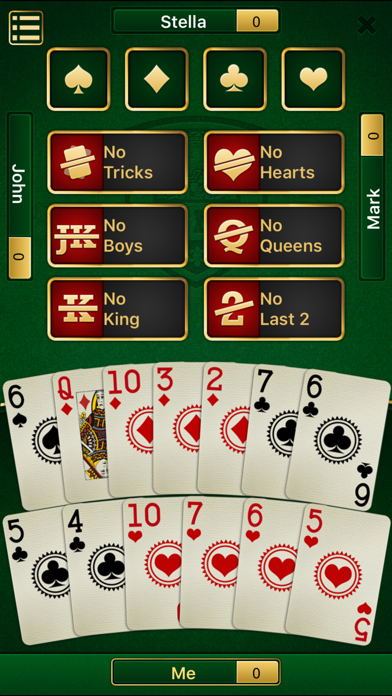 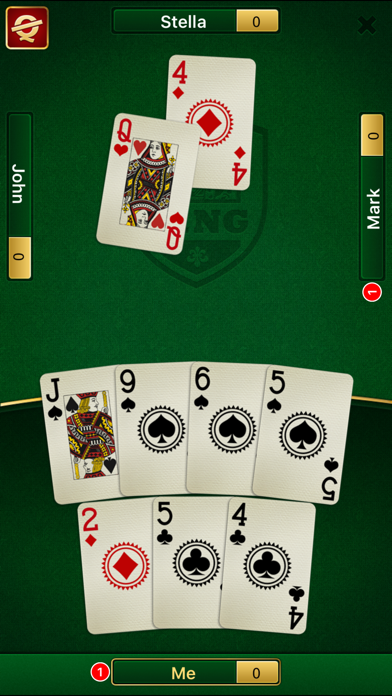 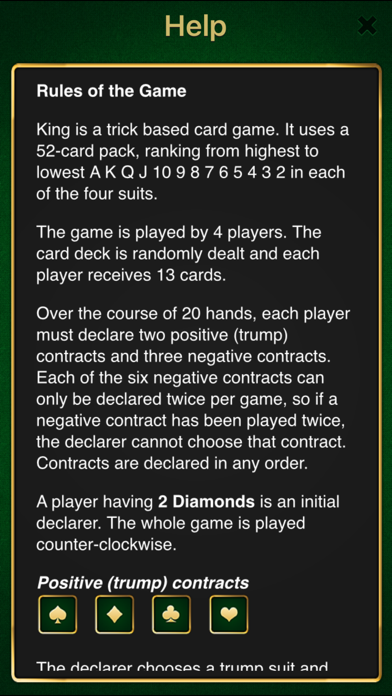 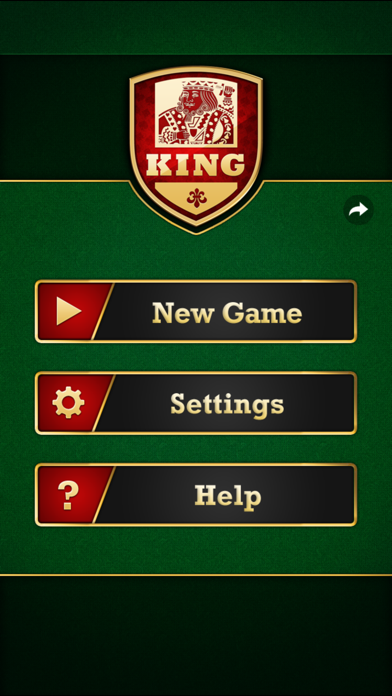 Review: Finally! Finally someone has taken the time to make this Very Fun & Addictive card game for the App Store!! I learned...

Review: Prelude to bridge This is a card game, popular among teens and college students in Turkey, which us a simpler version of bridge....

Review: Good Card Game I was unfamiliar with this game before purchasing the app but I have come to enjoy how the strategy changes...

Review: Good game (guzel oyun in Turkish) Used play this card game back at college. I wish the developer could add some statistics tracking capabilities and online...