Spades is a trick-taking card game that can be played with 3 players solo, 4 players solo, or 4 players with partners (2 teams of 2). A standard 52-card deck is dealt, then players bid the number of tricks they can take. The goal is to take as many tricks as were bid. When playing with partners, North/South is one team, West/East is the other, and teammates' bids and tricks are combined, so one player's underbid can compensate for his teammate's overbid.
This app allows you to configure number of players and teams, the appearance of the table and cards, rules about nil bids and when spades can be lead. There are instructions included in the app, as well as a setting to make your robot opponents less aggressive or more aggressive.

Need help? Use our Spades Walkthrough page or sign up and make your contribution today.

Spades is a free-to-play, strategy and card game developed by fishdog.net, and is available for download on both iOS and Android devices. The app is compatible with iOS 12.0 or later on the following devices: iPhone 11 Pro, X, Xs, SE, iPhone 8, 7, 6, iPad Pro and iPad Mini. 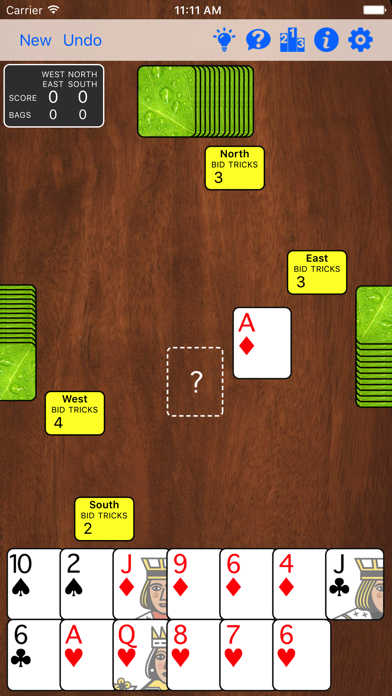 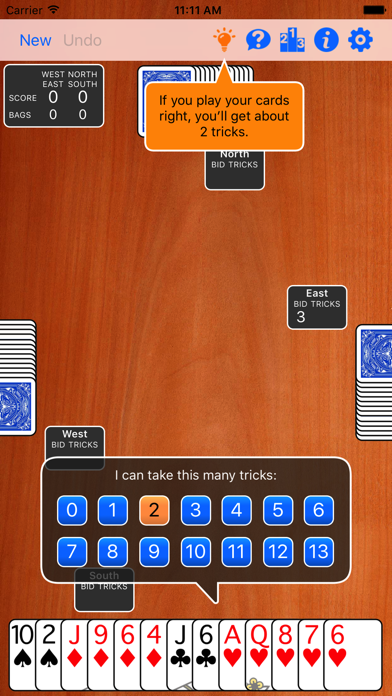 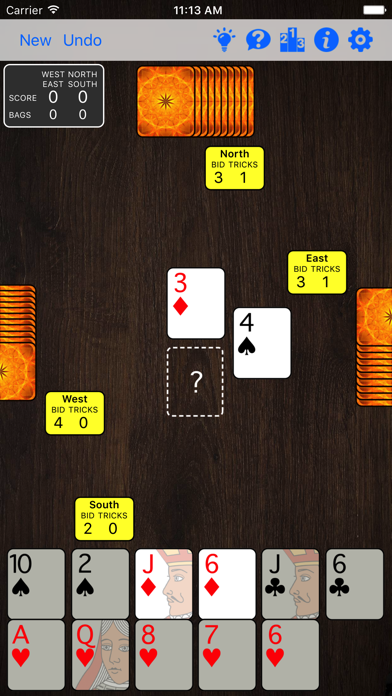 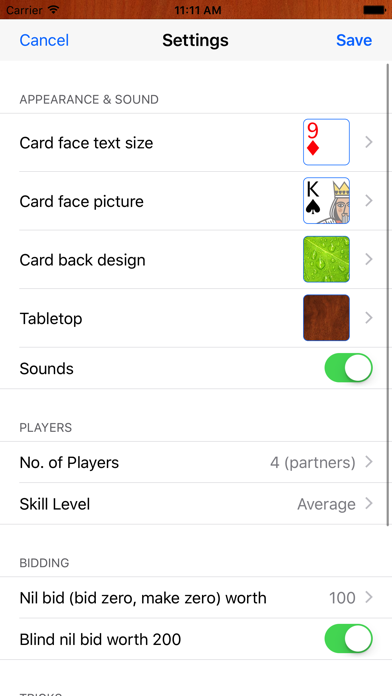 Review: Don’t know In playing solo all three work to set my Nil but then they cover each other when one of them...

Review: Doesn’t cover you Your partner will not play a trump card when possible to cover you when going for 0 tricks. Also the computer...

Review: Ok but not too bright The Game makes mistakes that are quite stupid: tops partner’s K with the Ace when it has another card...