The Mystery of Woolley Mountain is an otherworldly adventure game filled with strange beasts, evil witches, confused automatons and wacky ropemen.
Join a renegade crew of time-travelling audio scientists on a hilarious and fantastical quest. A malevolent witch has captured a group of children, and it’s up to you to save them from the mysterious island of Woolley Mountain!

Explore a rich and interactive set of environments, filled with head-scratching puzzles. Unravel a salacious storyline, meet a cornucopia of quirky characters, and boogie on down to an awesome original soundtrack!​

Taking the title of Head Chorister, Garland assumes command of top-line vocals most of the time with some notable exceptions. This maybe because he likes to be his own biggest critic, only to then give himself glowing reviews. Garland is a stickler for tidiness, in fact, his motto is "PUT THAT BACK WHERE IT BELONGS!".

The most mysterious and adventurous Resonator. Plays just about any musical instrument and understands any scientific advice. Take charge of capturing the audio signal generated by the group to whichever format is prevalent to the era in which they find themselves.

No one has every been able to pin down exactly what Carlton does. Obsesses over finding a link between science and mysticism but only ever seems to be proving a link between alcohol and bad decisions. Plays guitar, synthesizers and supplies baritone vocals. Prefers to do anything but actual, tangible work, proclaims he was born with a rare disease called 'Cannotbearseditus'.

If Frithel could change every choice to include the suffix 'or science?' he would always choose the latter. This man is obsessed with science - he lives, breathes, digests and inserts science. He carasses, high fives and smooches science, he... okay you get the picture. Also plays Drums, loves the Bee Gees and spoken word poetry... in a sciencey kind of way.

Auto is short for Automaton, and is the groups robotic aid and protector. Over time he has developed a fondness for Carlton, due to the time that Mr. Breezy has invested in playing with Auto. From darts, to movies, to arcade machines and to the definite chagrin of the other chaps, as this reduces the time that Auto could be tidying, computing and generally busying himself around the ship in a non-creepy android going-to-kill-all-humans way.

Need help? Use our Mystery of Woolley Mountain Walkthrough page or sign up and make your contribution today.

About Mystery of Woolley Mountain

Mystery of Woolley Mountain is an adventure game developed by Bumble3ee Interactive, and is available for download on both iOS and Android devices. The app is compatible with iOS 11.0 or later on the following devices: iPhone 11 Pro, X, Xs, SE, iPhone 8, 7, 6, iPad Pro and iPad Mini. 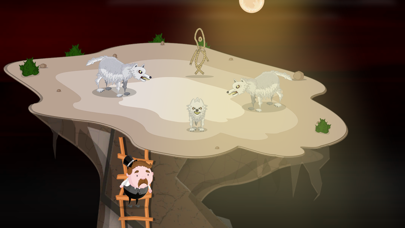 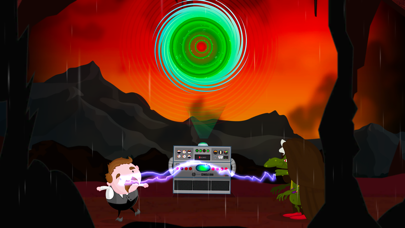 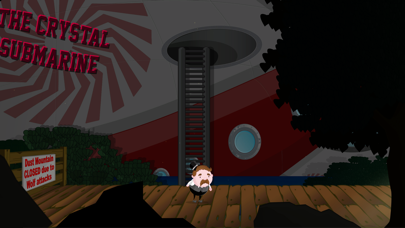 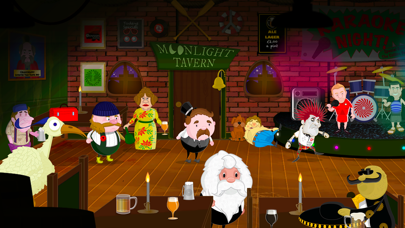 Review: Bugs fixed! Stuck staring at the record player and can’t exit the screen. Ugh. Should not have paid for a game...

Review: More bugs or apple update? It may be a coincidence but after iOS 14.6, or possibly this app updated itself to 1.12 6 days ago, the screens go...

Review: Doesn’t fit the screen Need to resize screen. In chapter 1, can’t see the poster for making ball bearings or the blue tap for...

By 🔥The Girl On Fire

Review: I’m really liking the game so far! There are some bugs that occurred with the last update but overall great. Looking forward to the fix so I...

Review: Buggy This game is a great game but today it started to bug like the items menu is stuck open and...