Angel numbers are short recurring numbers that you keep seeing to the point where they stand out as being meaningful.
The phenomena of 'Number Sequences', sometimes known as 'Angel Numbers' is becoming more and more prevalent day by day. Thousands upon thousands of people from all walks of life, from all parts of the world, and from every creed and religion, are reporting the phenomena of noticing particular number sequences on clocks, timers, car number plates, billboards, and from all kinds of sources.

Your angels (and/or spirit guides) guide you through your thoughts, feelings, words and visions. When you see repetitive number sequences this could be a message from your spirit guides.

With Angel Numbers you can see the meaning of numbers and what messages are unlocked. Written by Joanne Walmsley Sacred Scribes Australia

Angel Numbers Numerology is an application developed by App All Day Pty and released on iOS. The app is compatible with iOS 10.0 or later on the following devices: iPhone 11 Pro, X, Xs, SE, iPhone 8, 7, 6, iPad Pro and iPad Mini. 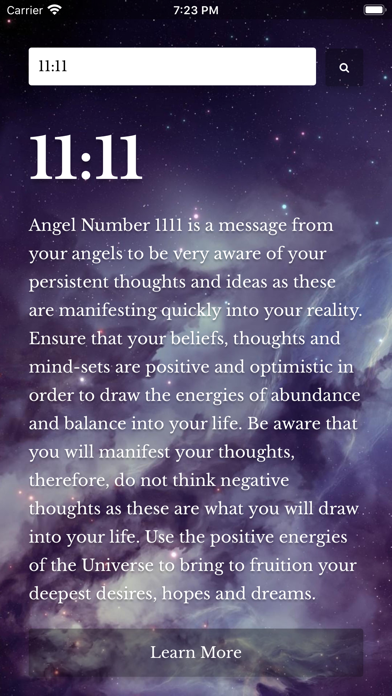 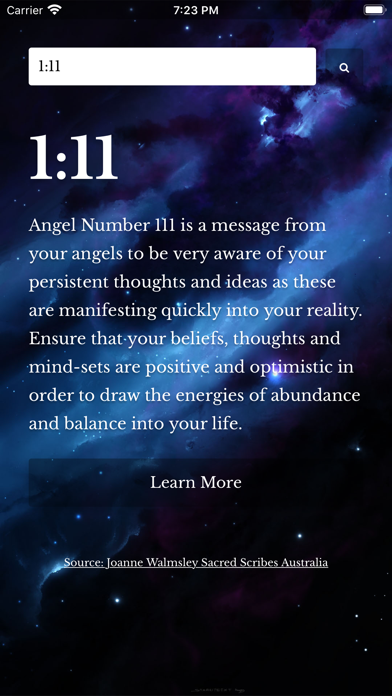 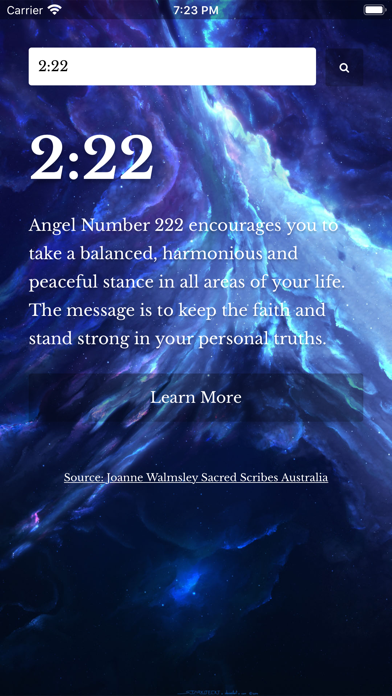 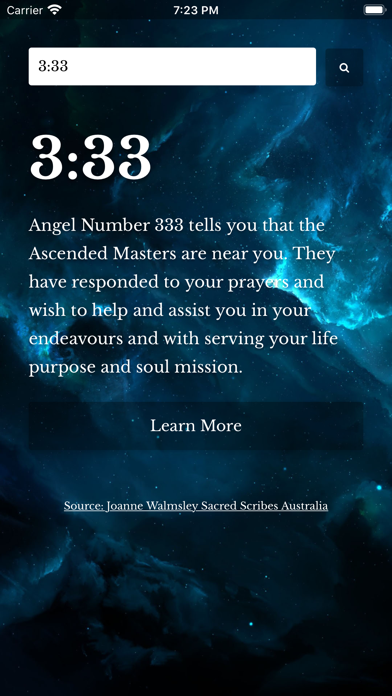 Review: A lifesaver! I kept seeing 1212 everywhere for the past month. Finally figured out why! :) The other day I was stuck behind a...

Review: Youll know When the right tome to get this iz

Review: Great simple app! Thank you so much for this fun little app. Namasté

Review: I’ve always supported the website Now I have the app and in very pleased messages seems to resonate with me more and I appreciate the...