Enter the world of SmashKarts.io - A multiplayer online battle arena game (MOBA)! Play with friends or against players from around the world in fast paced PvP action, to see who can become the top player in under three minutes.
REAL-TIME MULTIPLAYER BATTLE!
Battle it out online against your friends and players from around the world! Each round consists of up to 8 players in a free for all brawl deathmatch, whoever gets the most kills in three minutes is the winner!

DEVASTATING POWER UPS
Race to collect awesome power ups like the machine gun, mines, rockets, invincibility and even something called a lob-grenuke??? Each requires different strategies, can you master them all and battle your way to victory?

CUSTOMIZABLE KARTS
Cars are so last century, create your own style and stand out from the crowd by customizing your Kart from a wide array of items including: helmets, hats, kart-skins, celebrations, wheels.

PICK UP AND PLAY
Tired of those free to play games that have a hundred different buttons to learn and an encyclopedia of information to remember. Download and just press PLAY to get straight into the action. With its intuitive controls and user friendly interface, SmashKarts. io is truely a pick up and play game that can be enjoyed for a couple of minutes or hours at a time.

PLAY ON ANY DEVICE
SmashKarts.io is super optimised, works on virtually every device, wont hog your wifi with big downloads and its tiny app size wont clog up your device.

PLAY YOUR WAY
Don't want to play against other players? Or want to hone your skills on Steky's Speedway? Create your own private games for you and your friends on any level.

If you enjoy fast-paced .io, racing, driving car or MOBA style online games that are easy to pick up but require skill to master, SmashKarts. io is a truly unique and fun way to play PvP with friends or against millions of other players. Download now to get in on the action!

Need help? Use our Smash Karts Walkthrough page or sign up and make your contribution today.

Smash Karts is a free-to-play, racing and action game developed by Tall Team Limited, and is available for download on both iOS and Android devices. The app is compatible with iOS 11.0 or later on the following devices: iPhone 11 Pro, X, Xs, SE, iPhone 8, 7, 6, iPad Pro and iPad Mini.

Click the button or scan the QR code below to download the latest version of Smash Karts on iOS. 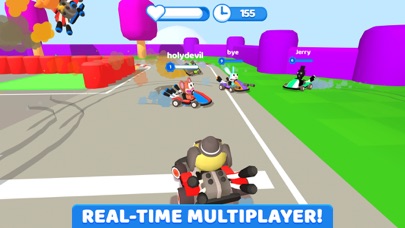 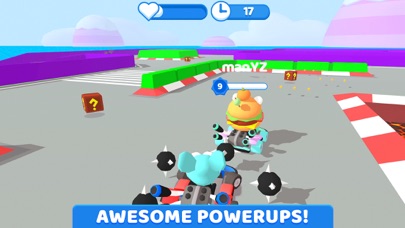 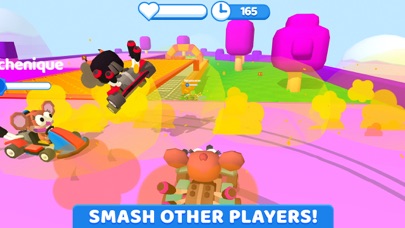 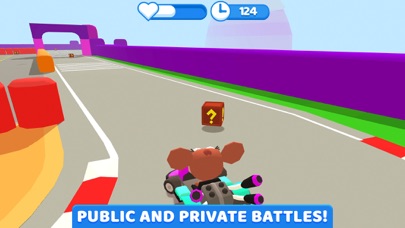 Review: Good game This is a good game i really like it but I gave it 3/5 because every game I join there is...

Review: Reset for no reason This game is really fun and I’m addicted to it but it just randomly reset my whole thing and...

Review: Best school game I started playing this around the middle of 2020 when my friends told me about it and got really addicted and...

Review: Great game This game is great i play it a lot at school with my friends on our chrome books but when...

Review: 😀 This game just need more weapons but overall this is an amazing game🤘🏽👀