Grim Quest is a classic turn-based RPG / Dungeon Crawler with gothic aesthetics and a retro vibe. It is set in a dark fantasy world with elements of Lovecraftian horror and Freudian psychology, and puts a lot of emphasis on atmosphere and immersion with dark visuals, music and lots of written text. Reminiscent of pen and paper DnD.
*** FEATURES ***
- immerse in a dark fantasy world with its own history and lore
- defeat enemies and fight boss battles in a classic turn-based combat system
- manage your character's sanity or suffer unexpected consequences
- customize your character with 25 unique spells and 20 active & passive skills
- select one of 27 character backgrounds that each affect gameplay in a different way
- experience the game world through a variety of interactive, text-based events
- acquire weapons, acessories, consumable items and crafting ingredients
- complete quests, collect bounties and find 60 pieces of scattered lore
- manage defences of a besieged city, endure raids and other calamities
- relax or add suspense with 4 difficulty levels, optional permadeath and other adjustable settings

Need help? Use our Grim Quest Walkthrough page or sign up and make your contribution today.

Grim Quest - Old School RPG is an application developed by Goran Kovac and released on iOS. The app is compatible with iOS 9.0 or later on the following devices: iPhone 11 Pro, X, Xs, SE, iPhone 8, 7, 6, iPad Pro and iPad Mini.

Click the button or scan the QR code below to download the latest version of Grim Quest on iOS. 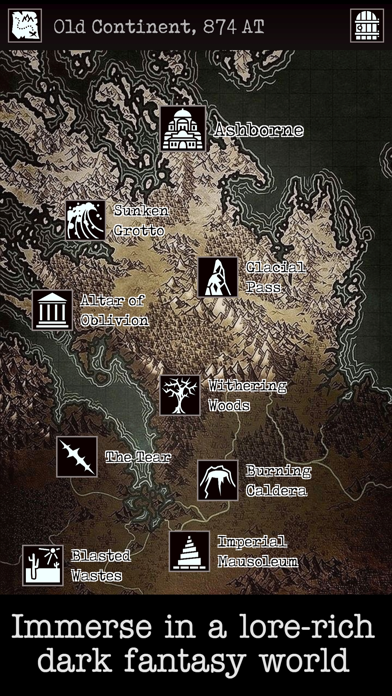 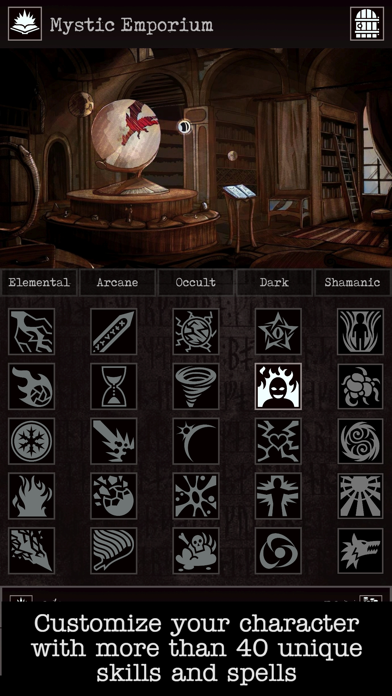 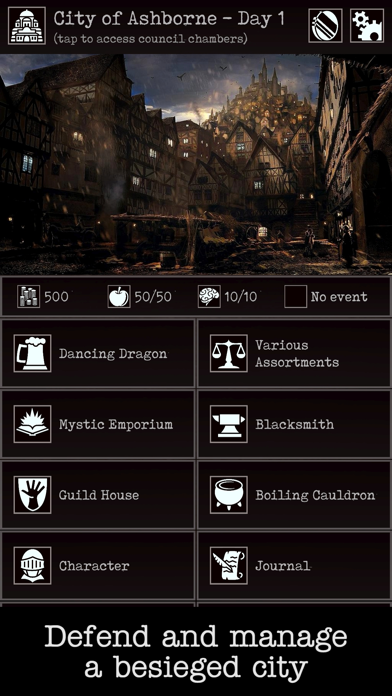 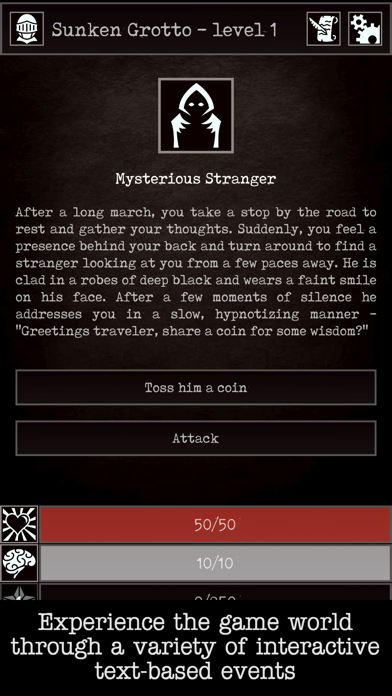 Review: Super fur Really like the depth and complexity to this game

Review: Portrait mode Sorry for the previous bad review , it turns out I can only play in portrait mode haha.

Review: Interesting this far I like the concept, battle is pretty straight forward. The items picked up are explained well so you know what...

Review: Closet iPhone game to Darkest Dungeon A lot of fun if you like games with progression but also loss of stats. Each run is better than...

Review: Accessible This is the first time I have ever found a game that has guns that is actually accessible and it’...