In a world where everyone sticks to the status quo of saying “YES” take on the role of an intern on a mission to change the world with the positive power of NO! With this new power nothing will get in your way as you shout NO! at any absurd requests fired your way.

Touching on timeless and modern issues such as social etiquette, friendship and workplace standards, this hilarious adventure also has tender depth. It’s all wrapped up in a fun late 90s video game style, complete with chunky, colourful visuals, comical animations and jazzy music that you’ll struggle to say “NO!” to.

With simple controls, start your working life through a predetermined path in a quirky office environment. As well as shouting NO! using different emotional states, confuse people with different actions to let their guard down. Charge up your NO! for an even greater effect on unsuspecting colleagues.

KEY FEATURES
Choose how to say No!: Heated No! Cold No! Lazy No! Wacky No!
Charge your No! for bigger effect!
Irritate your colleagues!
Laugh at them!
Clap at them!
Hmmm at them!
Make them feel you listen to them, but sarcastically!
Say No! in many different languages!
Customize your character!
Fight mean colleagues, supervisors and bosses!
Make friends in your lunchbreak!
Laugh out loud because this game is very funny!
And learn to say No! more

Need help? Use our Say No! More Walkthrough page or sign up and make your contribution today.

The new build has two changes for Japanese: The header for "fashion" in the character creator is no longer cut off. The Chinese characters in the menus are now the correct symbols.

About Say No! More

Say No! More is an application developed by Thunderful Publishing AB and released on iOS. The app is compatible with iOS 13.0 or later on the following devices: iPhone 11 Pro, X, Xs, SE, iPhone 8, 7, 6, iPad Pro and iPad Mini.

Click the button or scan the QR code below to download the latest version of Say No! More on iOS. 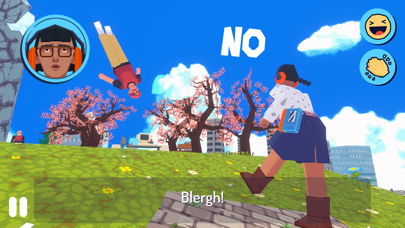 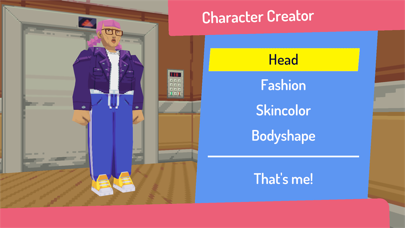 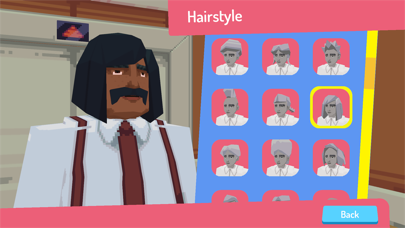 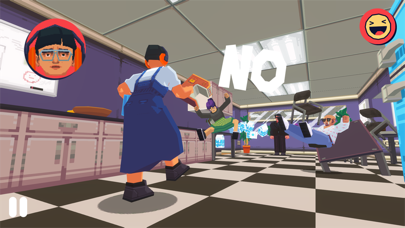 Review: No! I bought this game a couple of days ago. Seems fun but I can’t get past the No! Tutorial...

Review: This game is absolutely beautiful! It’s so cute, has a great message, and I love the graphics!

Review: This was such a treat. It’s short. It’s sweet. It’s adorable.