Tavern Rumble is a Strategy Roguelike Deckbuilding card game. Start your adventures with basic cards, fight your way up, get loot and strengthen your deck to fight strong Bosses along the way.
Discover synergies between each cards. A card might be useless on their own, but use it along with others and it can be your most powerful arsenal.

Roguelike element: For those who are not familiar with is a game with random dungeon, loot, monster and most importantly permanent death.
So each run will be somewhat new experiences and not tied-up with your previous runs.
Do you have what it takes to reach the Endgame?

Craft a unique deck, encounter bizarre creatures, take blessings of unimaginable power, Slay monsters, escape the spire loop!
March forward into a deep quest and stop wandering alone in the darkest night.
It is like having a dream to become the legendary monster slayer Hero that embark on a journey in the middle of nowhere to fulfill a hollow prophecy from a prophet.
Don't let your power starve consume you!

Features:
• Perfect to play on your 30 minutes coffee break
• Each playable Classes provides 100+ cards that you can choose through your gameplay
• Cute simple pixelart sprites
• Easy to learn, Hard to master
• Recruit legendary heroes cards and fight alongside them. To arms!!
• Play offline without internet connection

Available Classes:
• Knights of Pentagon: Strong Knights with balance offense and defense
• Hunter Guild: Master of poison, card draw and discard effects. Rise and use Shadows to fight your enemies!
• Roughrock Clan: Self damaging units, Team Buffs and strong independent Units.
• Land of the Dead: Army of Undeads. With help of Hades and friends, fight against the darkness within your shell.
• Transylvania Family: Bloodsucker Dracula and Vampire alike
• Magick Academy : Using magic to summon powerful being or destroy monsters directly
• Void Community : Dead Corner of the city full of Ninja and Thief. Watch your back!
• Steampunk City : Block incoming damage and use powerful Robot to attack


The game is still on development and we are still actively working on new contents.

Need help? Use our Tavern Rumble Walkthrough page or sign up and make your contribution today.

Added new class Alchemy Lab - Generate and use Fire, Lightning or Water Energy - Draw 1 less, but get a damaging spell each turn - Use the power of Elemental Units - Can also use Poison and Weak as alternative

Tavern Rumble is a free-to-play, strategy and card game developed by Evan Cassidy, and is available for download on both iOS and Android devices. The app is compatible with iOS 14.0 or later on the following devices: iPhone 11 Pro, X, Xs, SE, iPhone 8, 7, 6, iPad Pro and iPad Mini.

Click the button or scan the QR code below to download the latest version of Tavern Rumble on iOS. 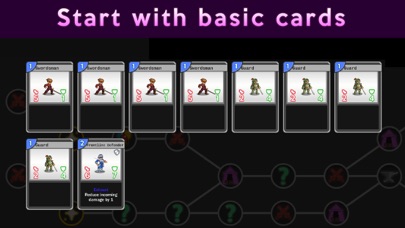 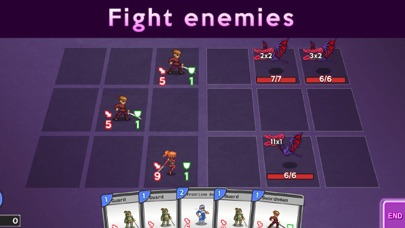 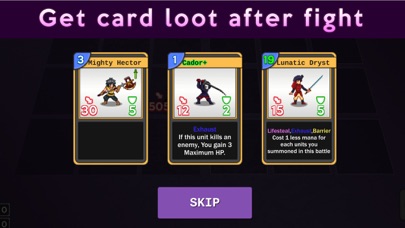 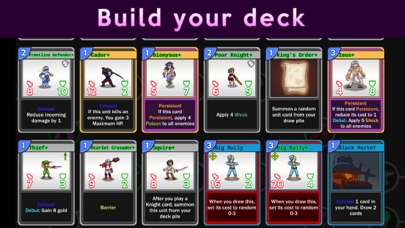 Review: Great game I’ve been playing this game for a while, I am really enjoying it. You don’t have to pay...

Review: Great Game Only thing I don’t like about this game is all the ads. I would love if they offered an...

Review: Best game ever for me Im constantly on the hunt for a rogue like card game. I get them, play thru a few times. This...