Meanwhile Daniel LaRusso, his All-Valley Champion days long behind him, struggles with the passing of his mentor Mr. Miyagi and seeks to connect with his kids through martial arts. Join Johnny and help him redeem his past by welcoming the outcast and misunderstood or side with Daniel and help him pass on the teachings of Mr. Miyagi.

Mentor your favorite characters from the Cobra Kai series such as Robby, Miguel, Samantha, Eli “Hawk”, Aisha, and Demetri as they battle to overcome bullies, gangs, drama, and relationship problems.

● Customize your decks based on move type, card color, or power level (don’t forget the Wild Cards!) to discover card synergies and fine tune your fighting strategy!
● Earn XP, level up your characters and help them earn their Black Belts!
● Collect and upgrade your Dojo Cards to make them more powerful and pull off EPIC COMBOS!

Choose your Dojo! Will you side with Cobra Kai or team up with Miyagi-Do?


● Recruit students to your karate dojo and teach them special moves!
● Fight against the training dummy and A.I. to practice your moves!
● Spar against other players to rank up!
● Compete in weekly and monthly online Tournaments to win honor and prizes!

Cobra Kai: Card Fighter is free to play, and contains some items available for in-app purchase that can enhance gameplay and speed up your progress. In-app purchases can be disabled in your device settings.

A network connection is required to play.

Need help? Use our Cobra Kai: Card Fighter Walkthrough page or sign up and make your contribution today.

Cobra Kai: Card Fighter is a free-to-play, card and action game developed by Boss Team Games, and is available for download on both iOS and Android devices. The app is compatible with iOS 9.0 or later on the following devices: iPhone 11 Pro, X, Xs, SE, iPhone 8, 7, 6, iPad Pro and iPad Mini. 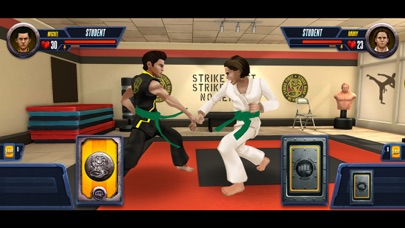 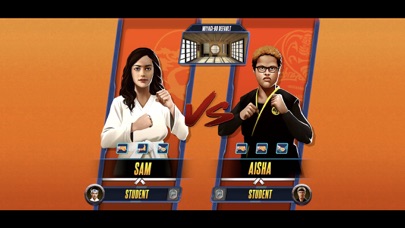 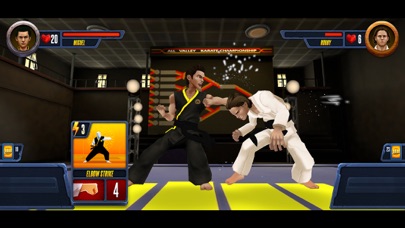 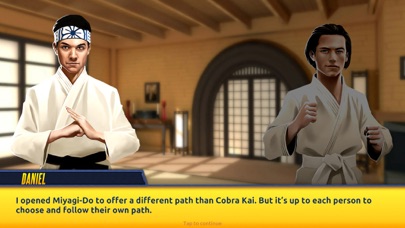 Review: Cobra Kai games review This game is really fun but it never saves my progress so when I go on the app it makes...

Review: So... I think this is a really fun game but when my stuff got deleted I put my review at a 2...

Review: LOST ALL OF MY PROGRESS i was playing the game and grinding it out, and all of a sudden i log on one day and...

Review: Beware of update Just updated the app to version 1.0.4 and it erased all my progress, I know several other people who had the...

Review: Liked it at first but.... So when I logged on to the game it made me go through an update...So I thought you know...