*** Featured by Apple on US and Canada App Store ***EXIF Viewer is beautiful App along with Photos Extension, Recent Photo's EXIF Widget and iMessage App. It is well crafted app for professional photographers who are serious about their work. It's an universal app, buy once, use on all your iOS devices (iPhone, iPad, iPod Touch).

HOW TO BULK EDIT EXIF METADATA, Location, Date of photos on iPhone or iPad using Exif Viewer app by Fluntro
1) After selecting multiple items that you want to edit, tap on edit EXIF.
2) Change date and location to desired value. Tap on text fields to edit EXIF Tag values as needed.

HOW TO REMOVE EXIF METADATA on iPhone or iPad using Exif Viewer app by Fluntro
You have option to remove EXIF data in two different ways
1) Overwrite newly created photo without EXIF data on original image (However other apps can revert back to original photo if needed)
2) Create duplicate copy of photo without EXIF details. (We also have option to remove original photo after duplicated copy is created)

HOW TO REORDER OR HIDE EXIF TAGS IN EXIF VIEWER APP?
Go to Settings > Manage & reorder Exif data tags. Drag and drop items you want to reorder. Turn off EXIF tags you don't want to see on EXIF Detail screen.

▸ No in-app purchases will be added to this app in a future update. So all upcoming features will be FREE of cost.

Thanks for all feedbacks, Please leave 5 star review if you are happy with the App :)

About EXIF Viewer by Fluntro

EXIF Viewer by Fluntro is an application developed by Fluntro and released on iOS. The app is compatible with iOS 9.0 or later on the following devices: iPhone 11 Pro, X, Xs, SE, iPhone 8, 7, 6, iPad Pro and iPad Mini. 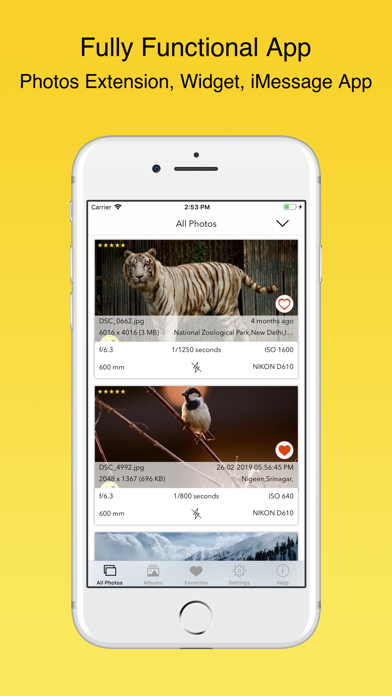 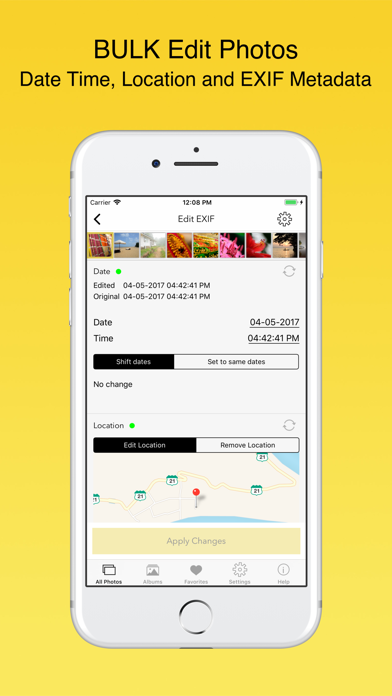 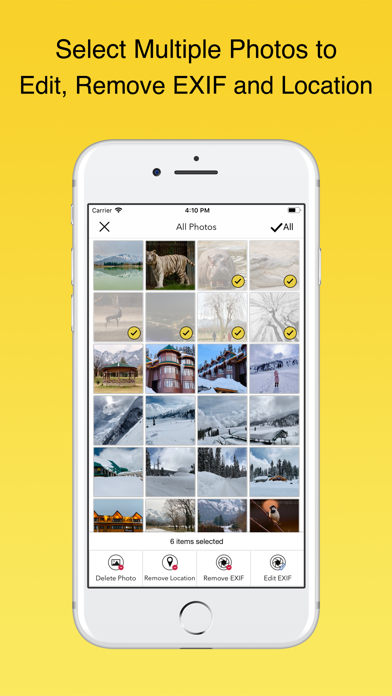 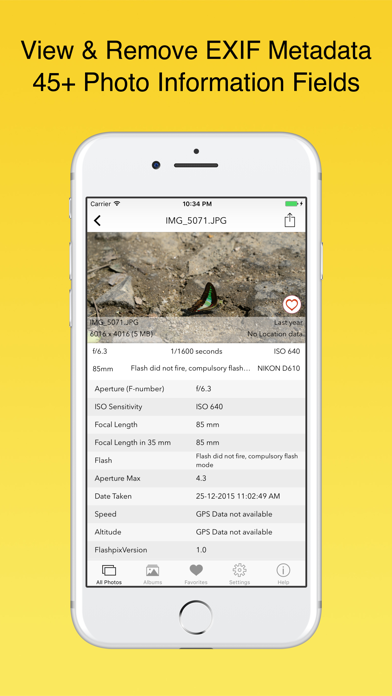 Review: Very functional; very helpful This app works very well. It is well organized and flexible. I love the integration with the native Photos app....

Review: Fantastic app, really helpful. I really like this app and use it more than I thought I would.

Review: Two step to becoming perfect 👌🏾 It’s really a great app but I think it needs two things to get to perfection and takeover the...

Review: Hands down the best EXIF viewer on iOS I have tried at least a dozen EXIF metadata viewers. This has the best UI with all the info right...