Lazy Chess is a free, non-profit game created for casual players and enthusiasts alike, where players, at worst, make the second best move available to them. On average, there are more than 30 legal chess moves available to a player in a turn, creating vigintillions of possibilities throughout a game. Lazy Chess compresses that by having you choose only two in a given turn selected by Stockfish, the most robust chess engine in the world. The catch? You won’t know which move is the best!
Learn and have fun while you compete against a highly skilled AI or online friends and random opponents. Unlock new themes and settings that can change how many options you choose from or the difficulty of the AI. Hone your chess skills while you move up in the leaderboards and play unique scenarios of famous board states provided from some of the world's most active grandmasters.

Lazy Chess is open source and available on GitHub. It was developed by Cinq-Mars Media, an educational non-profit with projects and games featured at E3, PAX and festivals worldwide.

Need help? Use our Lazy Chess Walkthrough page or sign up and make your contribution today.

Several bug fixes and stability improvements. Fixed an issue where the new openings engine interfered with online gameplay for some users.

Lazy Chess is a free-to-play, puzzle and board game developed by Cinq-Mars Media, and is available for download on both iOS and Android devices. The app is compatible with iOS 11.0 or later on the following devices: iPhone 11 Pro, X, Xs, SE, iPhone 8, 7, 6, iPad Pro and iPad Mini.

Click the button or scan the QR code below to download the latest version of Lazy Chess on iOS. 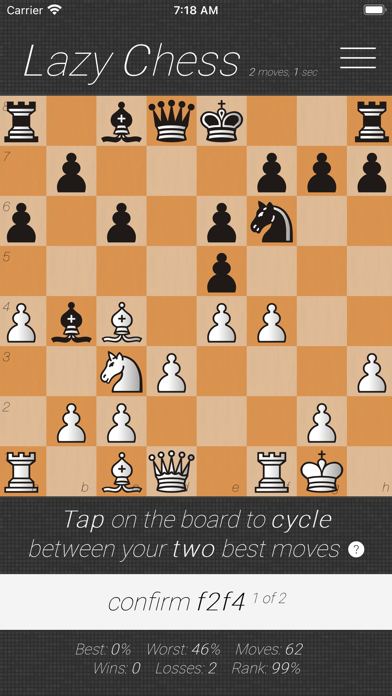 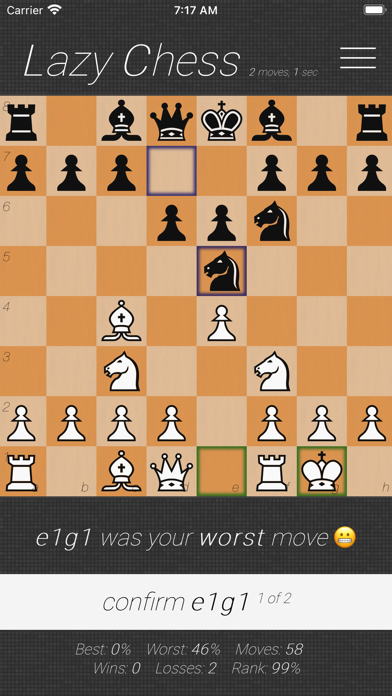 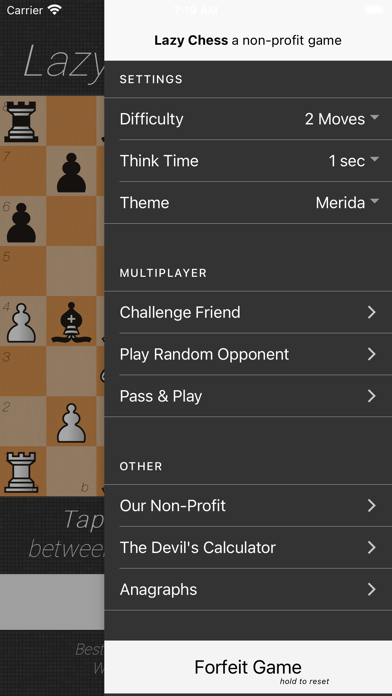 Review: Favorite way to play chess This game makes chess fun and relaxing. Chess has always been a little stressful to me, and this has made...

By I paid for a season pass