TV Remote allows you to take control of your television from your mobile device.
TV Remote features a simply beautiful design that makes it easy to start controlling your television set. The design is deliberately simple yet familiar no matter which television you are using the remote with.

The app is compatible with the following television brands:

After adding your TV, you’re ready to go! TV Remote contains the majority of keys you’d find on the standard remote control in a clear, simple and easy to use interface. All controls that don’t fit on the screen have been added to a special menu - accessed by tapping the ellipsis icon. When tapping a key, you’ll receive haptic feedback so you know you’ve pressed it.

If you have an Apple Watch, you can take advantage of the TV Remote app for watchOS. Televisions sync via iCloud so you won’t need to re-add them on your Apple Watch. Once synced, you’ll then be able to control power, volume and channel straight from your wrist!

Control your television using Siri. Setup TV Remote with the Siri Shortcuts app and you'll be able to start controlling your television with just your voice or add them as part of an automated workflow!

If you have more than one supported television, you can add them all to the TV Remote app quickly and simply from the television switcher menu.

The app has been developed throughout to support VoiceOver & Dynamic Type users.


Please note, a supported television is required for full app functionality. TV Remote may not support all televisions provided by the manufacturers listed above.

All brand names, copyrights and trademarks belong to the companies and not the TV Remote app.

In this update: - NEW: TV Remote now supports televisions made by LG and Samsung! Ensure your TV is connected to WiFi and the app will automatically discover compatible televisions. - WIDGETS: Add one of the four widgets to your device's Home Screen to take advantage of quick actions. You can choose from a single custom command, multiple custom commands, switching television channels or switching connected televisions. - BUG FIX: Fixed a bug where Shortcuts may not show saved televisions. - BUG FIXES: Fixed a few small bugs. Please consider taking the time to leave a review if you are enjoying this app. Having issues? Contact me: [email protected] @AdamFootDev https://adamfoot.dev

TV Remote - Control Television is an application developed by Adam Foot and released on iOS. The app is compatible with iOS 14.0 or later on the following devices: iPhone 11 Pro, X, Xs, SE, iPhone 8, 7, 6, iPad Pro and iPad Mini. 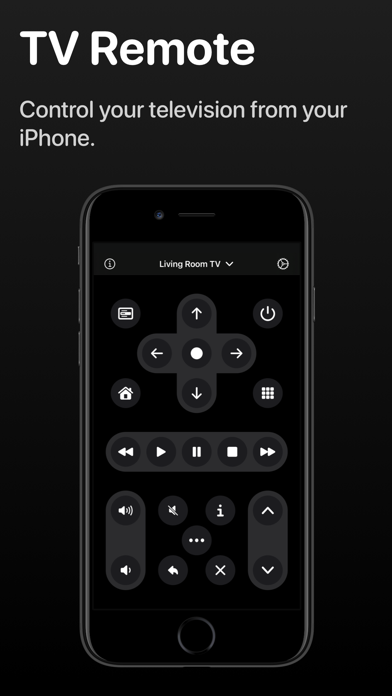 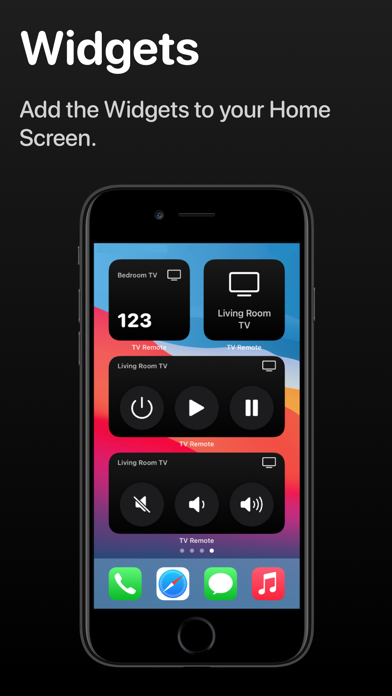 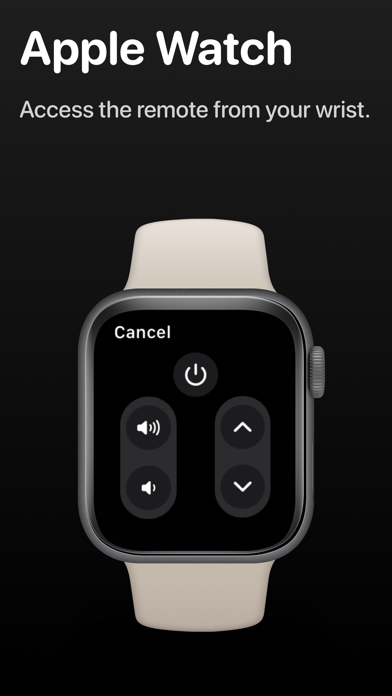 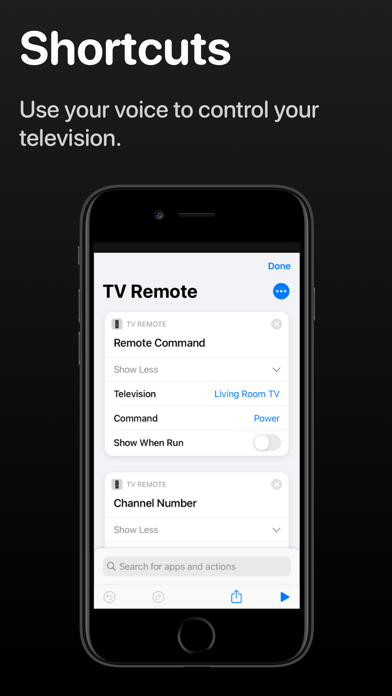