Visualize the fretboard, master scales and play through changes like a pro with intervallic functions!

‣ One of the biggest barriers to improvising on guitar is finding and mapping out the relevant chord tones and scales all over on the fretboard in real time.


Solo is a highly focussed app for developing your note finding and visualization ability on the guitar. There is no time-based pressure and Solo reduces the cognitive load of having to choose which ‘notes/intervals’ to play. As you get quicker at finding these ‘notes’ you will conversely get better at choosing them whilst improvising. Players of all ability levels will reap huge benefits from practicing with Solo.


‣ Using common progressions, Solo presents you with one chord symbol or scale at a time and asks you to find and play a series of notes based on their intervallic function.

‣ Solo listens to the notes you play, analyzes them in real time, and doesn’t move on until you’ve correctly found each note by its intervallic function in the specified order.

‣ This process builds strong fretboard visualization for the most powerful, efficient and malleable way to KNOW your way around the fretboard no matter how difficult the chord changes are.


As a unique and powerful ear training tool, Solo also develops your ability to not only visualize what you’re playing, but hear it in real time too.

If you know your note names but struggle to learn new scales, play through chord changes or find yourself stuck in pattern based playing, practicing diligently with Solo will be transformational for your knowledge of the fretboard and subsequently your ability to outline harmony when you improvise.

‣ TUTORIALS
Solo also includes video tutorials to get you started with intervallic functions, how to find them on the fretboard, using Solo for ear training and how to get the most from your practice time with the app.

Solo - Fretboard Visualization is an application developed by Trio Software and released on iOS. The app is compatible with iOS 13.0 or later on the following devices: iPhone 11 Pro, X, Xs, SE, iPhone 8, 7, 6, iPad Pro and iPad Mini. 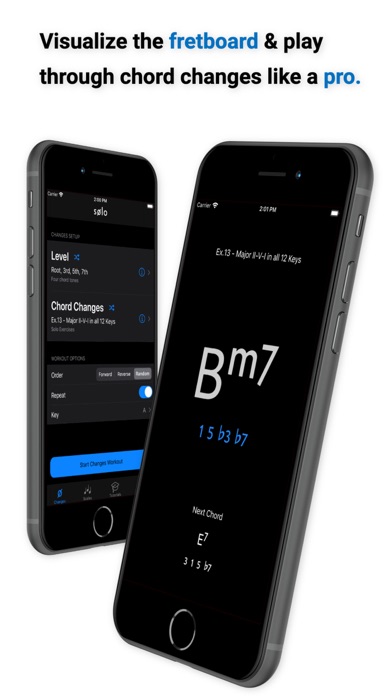 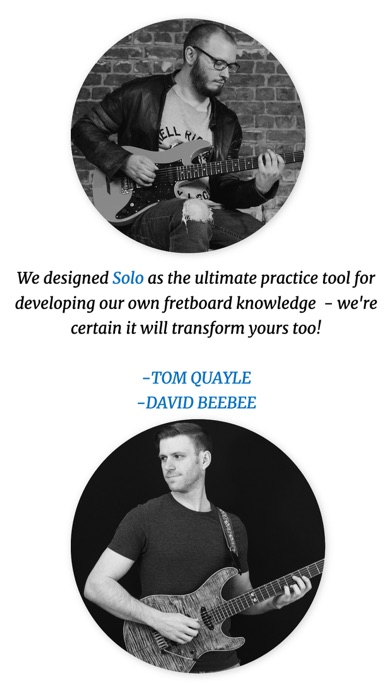 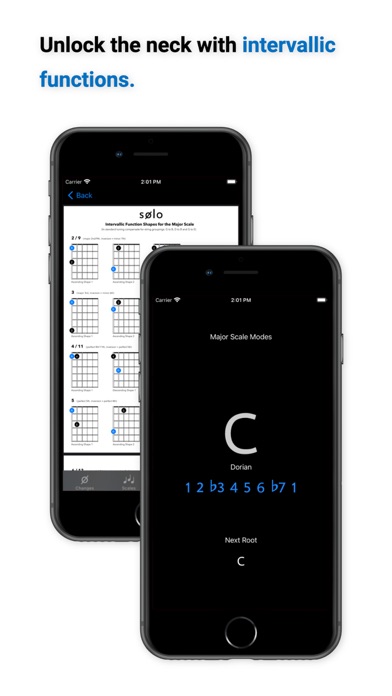 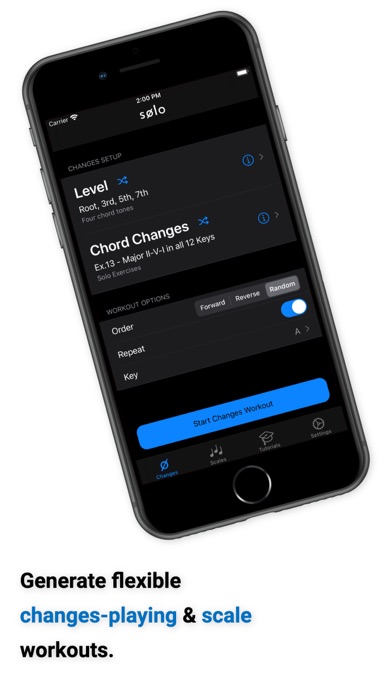