IMPORTANT: To 'Save' the game go 'Back' to the Main Menu before quitting the App.

Jet Set Willy for the ZX Spectrum (an 8-bit personal home computer released in the UK in 1982 by Sinclair Research Ltd, which sold in excess of 5 million units worldwide) is one of THE defining games of the 1980s.

Jet Set Willy: ZX Spectrum is also available in this stand-alone form. It does not include any other ZX Spectrum games but it does include an infinite-lives version.

Jet Set Willy: ZX Spectrum is the 100% original ZX Spectrum game, written in 1984 and is brought to you - as an officially licenced product - utilizing our ZX Spectrum: Elite Collection technology.

Jet Set Willy was published in 1984 by Software Projects. The game is a sequel to Manic Miner (1983), and is the second game in the immensely popular Miner Willy Series. The Plot: A tired Miner Willy has to tidy up all the items left around his house after a huge party. With this done his housekeeper Maria will allow him access to his bedroom. Willy's mansion was bought with the wealth obtained from his adventures in Manic Miner but much of it remains unexplored and it appears to be full of strange creatures, possibly a result of the previous (missing) owner's experiments. Willy must explore the enormous mansion and its grounds (including a beach and a yacht) to fully tidy up the house so he can get some much-needed sleep. Game-play: Willy moves from room to room in his mansion collecting objects. Unlike the screen-by-screen style of its prequel, the player can explore the mansion at will and tackle the screens in the order of their choosing. Willy is controlled using only left, right and jump. He can climb stairs by walking into them (jumping through them to avoid them) and climb swinging ropes by pushing left or right depending on what direction the rope is swinging in. The play area itself consists of 60 flick-screen making-up the mansion and its grounds and containing hazards (static killer objects), patrolling monsters (killer guardians which move along predetermined paths), various platforms and collectable objects. The collectable items glow to distinguish them from other items in the room. Willy loses a life if he touches an enemy or falls too far, and he is returned to the point at which he entered the room. This may lead to a game-ending situation in which Willy repeatedly falls from a height, losing all lives in succession. Bugs: As originally released, the game could not be completed due to several bugs. Although actually four completely unrelated issues, they became known collectively as "The Attic Bug". After the player entered the room The Attic, various rooms would undergo corruption on all subsequent game plays, including all monsters disappearing from The Chapel, and other screens triggering instant death. Initially Software Projects attempted to pass off this bug off as an intentional feature to make the game more difficult, claiming that the rooms in question were filled with poison gas. However, they later rescinded this claim and issued a set of POKEs to correct the flaws.

About Elite®: Elite Systems Ltd was incorporated in England in 1984.

Need help? Use our Jet Set Willy: ZX Spectrum HD Walkthrough page or sign up and make your contribution today.

* Links (from the News tab within the app) to the re-launched Kickstarter appeal for the Manic Miner® Limited-Edition Collectors' Print Playing Cards and for the Jet Set Willy® Limited-Edition Collectors' Print Playing Cards. * More links to the now available Manic Miner® app - a perfectly replica of the much-loved home computer game, with 3-D voxel-style graphics. * Support for the Recreated ZX Spectrum device. * Enhanced compatibility with both iPhone and iPad devices - 'Universal' app.

Jet Set Willy: ZX Spectrum HD is an action game developed by Elite Systems, and is available for download on both iOS and Android devices. The app is compatible with iOS 8.1 or later on the following devices: iPhone 11 Pro, X, Xs, SE, iPhone 8, 7, 6, iPad Pro and iPad Mini. 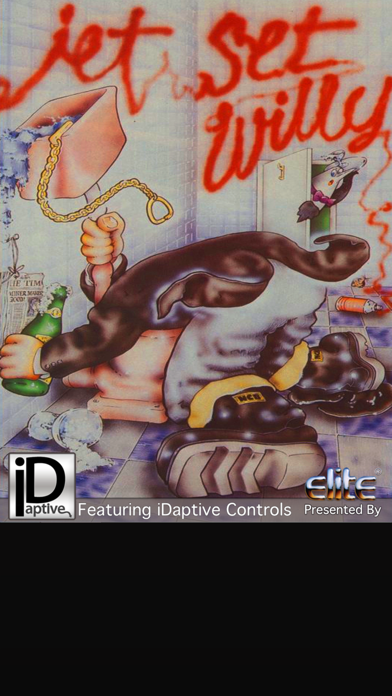 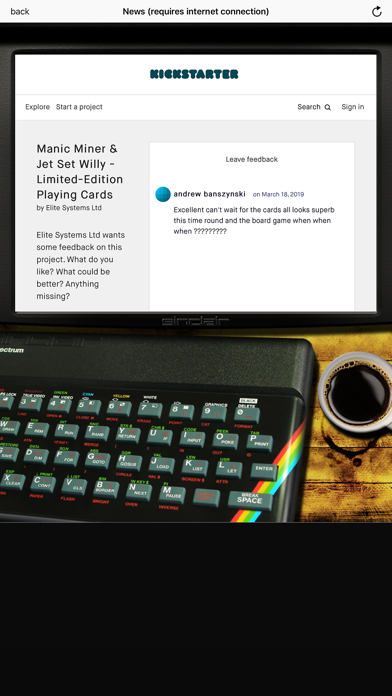 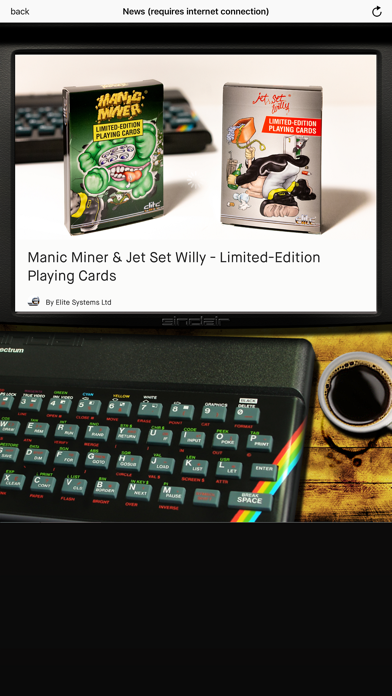 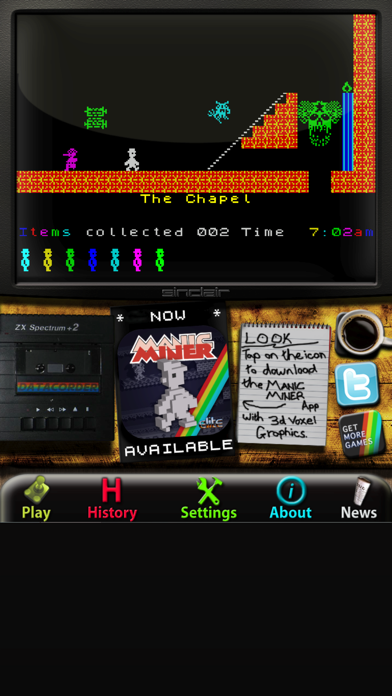 Review: Hilarious!! So hokey and old school! I never grew up with the ZX computers. I started out with the sega master...

Review: Plays just like the original Perfect conversion! Only question would be for the infinite lives version to be improved so that the character dies and...