■ About GoetiaX
GoetiaX is a story of a world where mages and djinns they summon rebel against the Divine that destroyed their world.
The game uses Live2D® in order to give players a unique enjoyment for in-game character art.

■Story
In a world destroyed by the Divine, human mages and fallen angels work together to rebel against the Heavens against beings known as “Mara”. As the story progresses, story missions will be separated into 4 different branches. Can you find a way to defy the Divine making different decisions?

■World
As the story progresses, new areas will be added into the world map. You will be able to travel the world as a mage and challenge numerous missions!

■Character
In GoetiaX, other than Live2D®, characters also have voiced lines by Japanese VA! You can interact with your characters by tapping on them.

■Combat System
You can deploy up to 12 characters at once, with positioning and character element being the key to victory! Character’s position is determined by their weapon proficiency!

■Progression System
A character’s progression depends on the player!
Djinns will be able to freely change their skills as long as they learn specific skills from skill books. Furthermore, there are other avenues of progression, for example giving flowers to your djinns to increase their intimacy levels. Train your djinns well to develop the strongest djinn!

Need help? Use our GoetiaX Walkthrough page or sign up and make your contribution today.

GoetiaX is a free-to-play card game developed by Funmily Technology Corp.,, and is available for download on both iOS and Android devices. The app is compatible with iOS 9.0 or later on the following devices: iPhone 11 Pro, X, Xs, SE, iPhone 8, 7, 6, iPad Pro and iPad Mini. 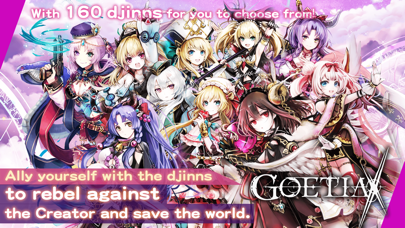 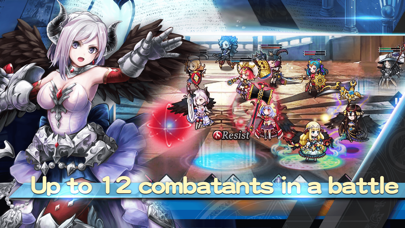 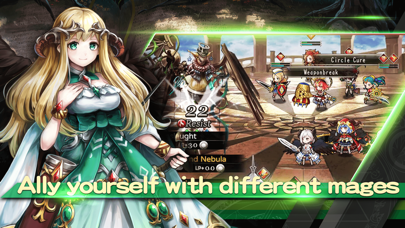 Review: Constantly having to force close Game is fun. However, I’ve gotten to the part in the main story mode to where when I complete...

Review: Great so far Not far into the game but very enjoyable

Review: Edit 1: Decent So Far! Saw this in an Ad. It looked interesting/pretty so I downloaded it. At first I had some issues with...

Review: Prince of Jamaica A game for the young who wish to be a legend one day.