What came first, the duck or the egg?
CLUSTERDUCK is about hatching as many ducks as possible. As more ducks hatch, the more strange things happen. The ducks begin to genetically mutate! With each generation of ducks that hatch, the chances of things going horribly wrong increase at an alarming rate. Ever seen a duck with a sword for a head, or horse hoof for a wing? These ducks have gone absolutely bonkers.

Need room for more ducks? Sacrifice ducks down *the hole*. But don’t get too close — you don’t know what’s lurking down there.

Features:
• Hatch and mutate wacky ducks!
• Collect hundreds of head, wing, and body variations, resulting in amazing varieties!
• Mutations come in common, rare, epic, and legendary rarities!
• Witty duck descriptions introduce you to the personality quirks of each duck
• Discover the secrets of *the hole*

Need help? Use our Clusterduck Walkthrough page or sign up and make your contribution today.

Clusterduck is an application developed by PikPok and released on iOS. The app is compatible with iOS 12.0 or later on the following devices: iPhone 11 Pro, X, Xs, SE, iPhone 8, 7, 6, iPad Pro and iPad Mini. 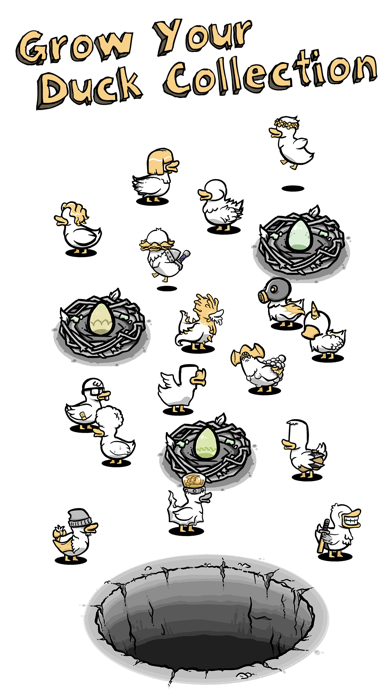 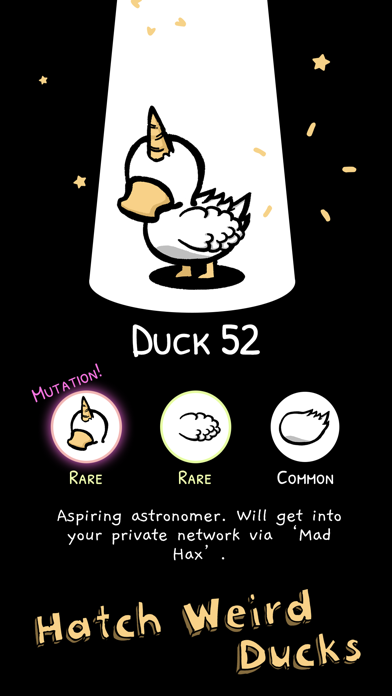 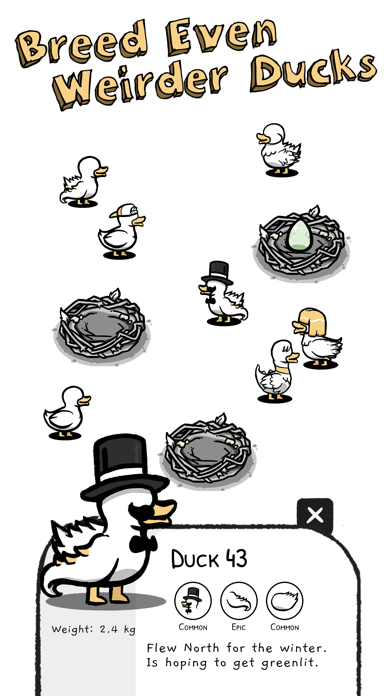 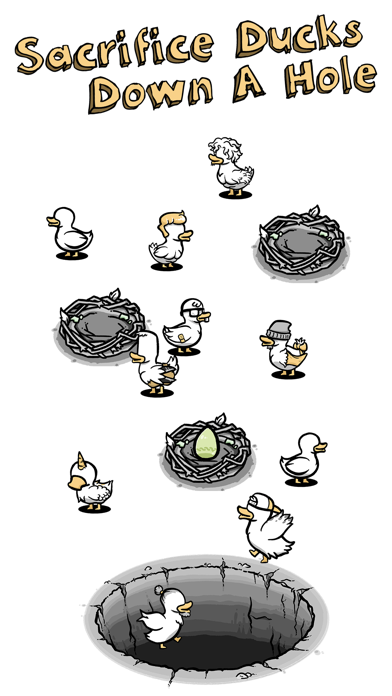 Review: The Ducks Get Uglier at Higher Tiers This is a fun game over all, but the ducks get SOOO ugly as time passes by and it is...

By Dab the cool

Review: Needs more stuff Hi developers! I like the game but I kept thinking there should be more. I was thinking maybe achievements or...

Review: Cute and addictive This is a fun and unique game. I enjoy trying to hatch all different combinations of ducks. I do wish...

Review: More things to do and please can we not throw duck I found this game in PikPok and love their games, so I decided to try it. As soon as I...

Review: Love it I really like this game, its really fun however i have yet to get any common wings but i have...