Be proud of the shelter you build. Become wise by exploring the nuclear wasteland. Learn new ways to survive in a world ravaged by a devastating nuclear war!
Wasteland Lords is a strategy war game that takes place after the world has suffered from a civilization-ending nuclear war. You have been appointed as one of the leaders of the shelters scattered across the radiated sands. Protect your people, struggle to survive, develop new technologies and buildings, and explore the wasteland filled with the Infected!

Out of resources? Overwhelmed by mutants? Attacked by another shelter? Just follow the number one rule of the wasteland: Do whatever you must in order to survive!

Game Features
- Build and manage a sprawling underground shelter!
It's up to you to meticulously plan and manage your shelter. Use your new home as a base as you explore an endless wasteland!

- Plan your battles from as far as you lead troops to battle!
Check the world map to engage in strategic battles against vicious rivals in a hostile wasteland. Join your clanmates together in battle as you lay siege to other shelters and conquer the new world!

- Adjust your tactics and view detailed battle replays!
Four classes of troops paired with skills from loads of wasteland heroes create unimaginable combinations! Feel like you need to up your game? Watch replays of all your battles to make tactical adjustments as you see fit!

- Retrofit giant steel mechas to crush your enemies!
Pilotable mechas for war dominate enemies with ease and send fear into their hearts! Mechas may be used in multiple modes and allow you to explore the most dangerous areas of the post-apocalyptic wasteland!

- Conquer Avernus' Rift, an all new battle mode!
Avernus' Rift is a giant battlefield with dimensions of 200x100. Watch your troops and clanmates as they struggle for victory in this sandbox-style battlefield.

- Explore the Roguelike world of the Darklands!
Pilot your flying Darklands Mecha within caverns that spread deep beneath the earth's crust. Who knows what shocking surprises await?

Need help? Use our Wasteland Lords Walkthrough page or sign up and make your contribution today.

Wasteland Lords is a free-to-play, simulation and strategy game developed by X.D. Global, and is available for download on both iOS and Android devices. The app is compatible with iOS 9.0 or later on the following devices: iPhone 11 Pro, X, Xs, SE, iPhone 8, 7, 6, iPad Pro and iPad Mini. 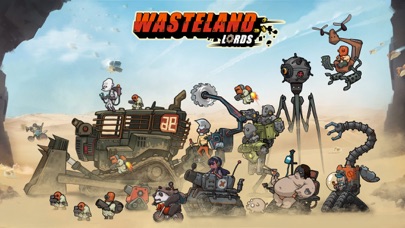 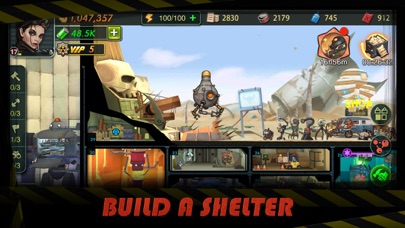 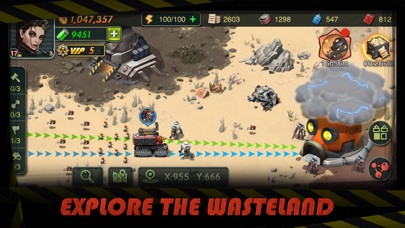 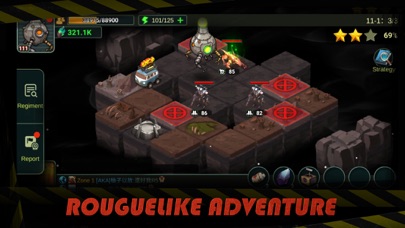 Review: Hoping this will be good I was sent here by the two were Jerome ACE one of my favorites. I’m going to try this...

Review: Extremely addictive Loving it so far. Played it when it first launched after having it on preorder. It’s got fallout shelter...

Review: Great game but a few suggestions Don’t be fooled by the combat visuals, this game is great. I absolutely love this game. It has great...

Review: Fun to pick up and kill some time! Very easy to jump right in and play. I don’t usually like RTS games because they’re usually pay...

Review: Must download I preordered am I not disappointed; super engaging, and I can’t wait to see how the story unfolds 10/10 so...