NEWS
12 years on the App Store! Updated for 2020 with iPad support for the first time since it was originally released in 2008!

STORY
You are a new recruit at the elite Blue Skies Air Force Academy. Master Sergeant Harris is teaching you to fly a helicopter when the evil Hans Kraven interrupts and begins invading your country! It is your job to prevent Hans and his eccentric henchmen Bruno, Rachel, and the mysterious ninja Takeshi from world domination.

FEATURES
- 30 Levels of addictive search and destroy action
- Pick up bonus health, gas, and cash from downed enemies.
- Use cash to research better weapons in the R&D lab.
- A pulse pounding soundtrack of 10 techno rock songs
- 10 different weapons including missiles, bombs, lasers and fireballs.
- Save at any point, play through story at your own pace.
- Arcade mode for instant action and unlimited levels
- 3 difficulty settings
- Rain and weather effects
- 5 hours of gameplay in story mode
- Random level generator for unlimited fun!
- High production values and top notch sound effects

DEVELOPER NOTES
To pause the game, click the power button on top the device or tap at the top in the middle to open the in game options.

Need help? Use our Blue Skies Walkthrough page or sign up and make your contribution today.

Blue Skies is an action game developed by Chris Egerter, and is available for download on both iOS and Android devices. The app is compatible with iOS 8.0 or later on the following devices: iPhone 11 Pro, X, Xs, SE, iPhone 8, 7, 6, iPad Pro and iPad Mini. 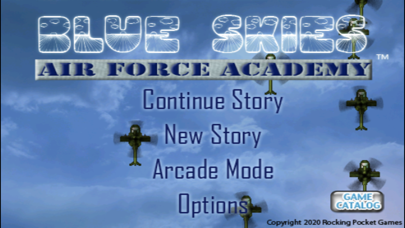 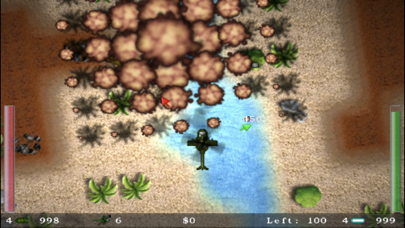 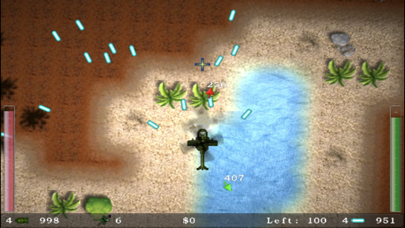 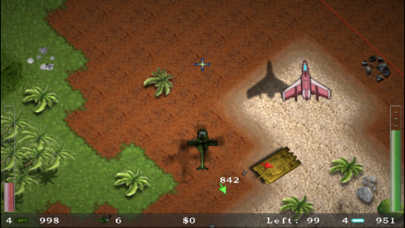 Review: Control Supposed to be able to calibrate accelerometer, but still can't play in heads up orientation.

Review: 'Great game to take up time' 'If you\'re bored with nothing better to do, this is the game for you. Story line is corny as...