Civil War: 1862 is the prequel to the highly acclaimed Civil War: 1863, incorporating the detailed strategic gameplay of the original while adding major new features and improvements such as flank attacks and strategic movement. Melee combat has also been given greater emphasis and the range of troop quality has been expanded to include elite units.
The game gives a unique wargaming experience on iPhone and iPad and includes 14 historical battles from the American Civil War in 1862, thirteen of which can be played as either side. Five additional campaigns featuring many more historical battles are also available via in-app purchase.

● All missions can be played as both sides  (except the tutorial).

Need help? Use our Civil War: 1862 Walkthrough page or sign up and make your contribution today.

Civil War: 1862 is a strategy game developed by Hunted Cow Studios, and is available for download on both iOS and Android devices. The app is compatible with iOS 9.1 or later on the following devices: iPhone 11 Pro, X, Xs, SE, iPhone 8, 7, 6, iPad Pro and iPad Mini. 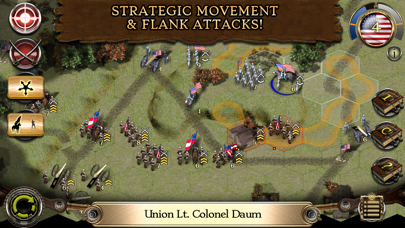 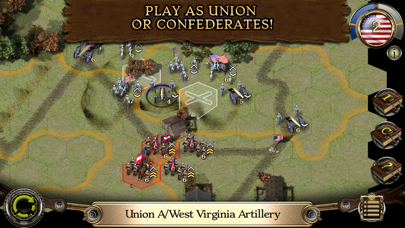 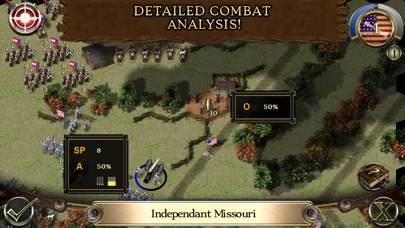 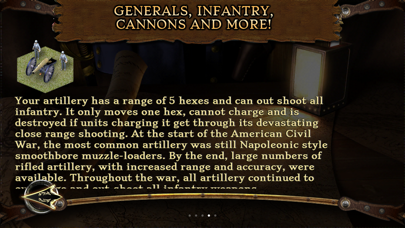 Review: 'Needs a reset' 'Love playing these games I have all of them 62-65. Only problem I have is that there is no way...

Review: 'Nice fun' 'Enjoyable and fun to play from both ends.'

Review: Not bad - could be better if... 1. In campaign mode, you could progress to the next battle even if you lose the current one. It would be...

Review: 'Buy it!!!' 'great game for the modest price\nchallenging and interesting\nvery well done'