Word Cup is a word game in the classic genre of finding as many words as possible in a letter grid. If you enjoy word games, Word Cup is for you!
The game has a swift interface, supports different grid sizes and many different dictionaries. Using the Pass and Play feature, you can compete against family or friends.

Need help? Use our Word Cup Walkthrough page or sign up and make your contribution today.

Word Cup has been updated to work on iOS 11 and on the iPhone X, and some bugs have been fixed. A few features, specifically those that made use of Game Center (matches, challenges and leaderboards), have been removed from this version, in an effort to simplify and streamline the app. In this version, word lookup has been reintroduced.

Word Cup is a word game developed by Skimra, and is available for download on both iOS and Android devices. The app is compatible with iOS 8.0 or later on the following devices: iPhone 11 Pro, X, Xs, SE, iPhone 8, 7, 6, iPad Pro and iPad Mini. 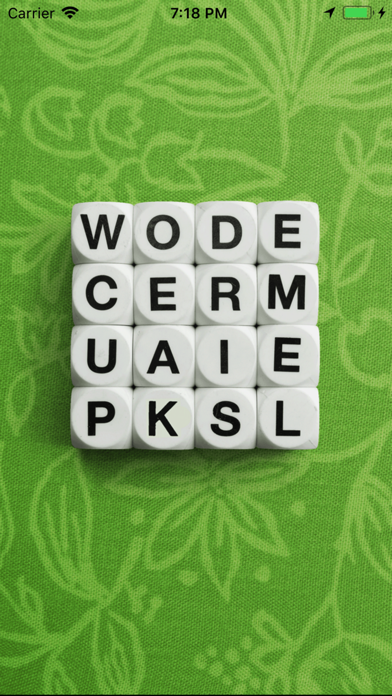 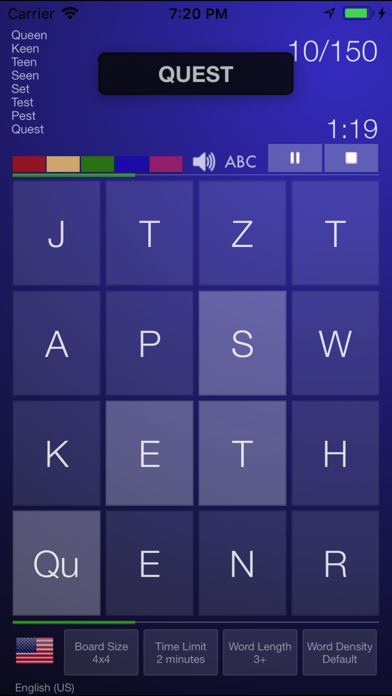 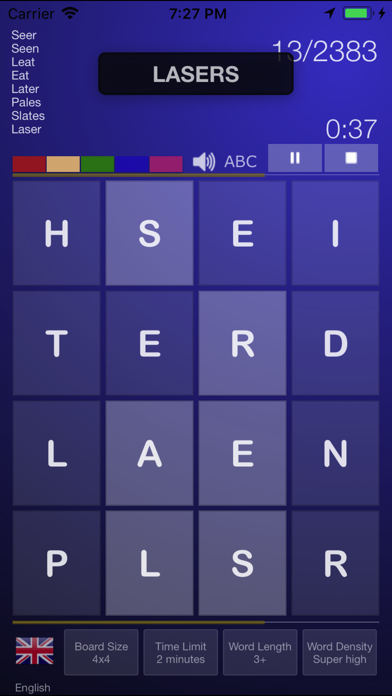 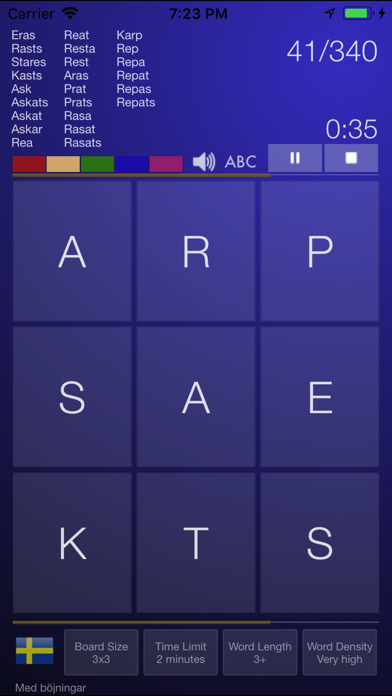 Review: 'My favorite game!' 'I haven\'t found a better word game out there I like better that I can play alone. Lots of...

Review: 'Best of breed' 'I\'ve played a lot of the boggle clones. This one wins because:\n\nSmooth controls\nGood use of color...

Review: 'Word cup is fun app' 'Game is great to have on phone-can play quickly when waiting somewhere so time goes quickly--a little too challenging for...

Review: 'Rrrr' 'Really fun and addictive. I would have given 5 stars if the game whittled out some of those words that seem...