Tetris® Clash is an exciting new take on the game you know and love with a competitive Skillz twist. Win CASH PRIZES and real world rewards in quick-fire, Head to Head, high score Tetris matches. Or battle against another player in a Real-Time Matches, sending and defending Line Attacks in a bid to be the last player standing.
In Head to Head tournaments, players are matched based on similar skill levels and given the same set of Tetriminos with a limited number of moves. The goal is to score as many points as possible before the timer runs out. The player with the most points at the end wins the prize pot!

In Real-Time Matches, the score doesn't matter—only survival does! However, your Line Clearing prowess will determine how many Line Attacks you send to your opponent and how many incoming attacks you counter. If your opponent Blocks Out before you do, you'll take home the prize.

Play for free with virtual currency or raise the stakes by competing for real cash prizes. It’s time to put your Tetris skills to the ultimate test!

Features:
- Real-Time Matches! Play live, one-on-one matches with Line Attacks.
- Head to Head Tetris matches where the highest score wins.
- Compete for free in virtual currency matches.
- Compete for real cash in high stakes matches, powered by Skillz.
- Players are always matched with players of a similar skill level.
- Climb the leaderboard to prove you're the best.
- A variety of secure payment methods for safe deposits and withdrawals.

Game rules:
- Each player pays an entrance fee, either in the form of virtual currency or real cash.
- Both players receive the same set of Tetriminos in exactly the same order.

The objective varies depending on which mode you play:
- High score is key to success in Practice and Head to Head tournaments. Score as many points as possible with the set of Tetriminos you’re given before the timer runs out.
- Avoiding a Block Out is the key to success in Real-Time Matches. Send and defend Line Attacks in a bid to be the last player standing.

Notes:
- Cash tournaments are not enabled in all regions.
- If you don't live in a real prize-enabled region, you can still play for fun with our virtual currency.
- If you have any questions about the Skillz system or cash tournaments please contact: [email protected]

Need help? Use our Tetris Clash Walkthrough page or sign up and make your contribution today.

We are listening to community feedback! This update includes various bug fixes and performance improvements.

Tetris Clash is a free-to-play, puzzle and strategy game developed by N3TWORK Inc, and is available for download on both iOS and Android devices. The app is compatible with iOS 11.0 or later on the following devices: iPhone 11 Pro, X, Xs, SE, iPhone 8, 7, 6, iPad Pro and iPad Mini.

Click the button or scan the QR code below to download the latest version of Tetris Clash on iOS. 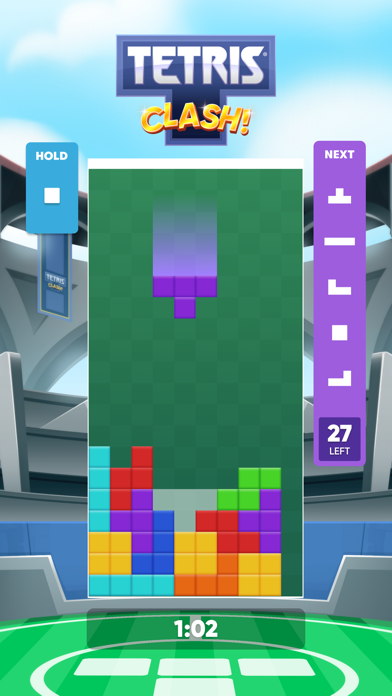 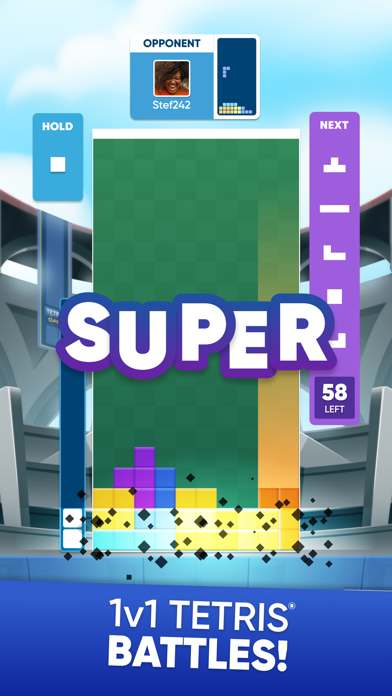 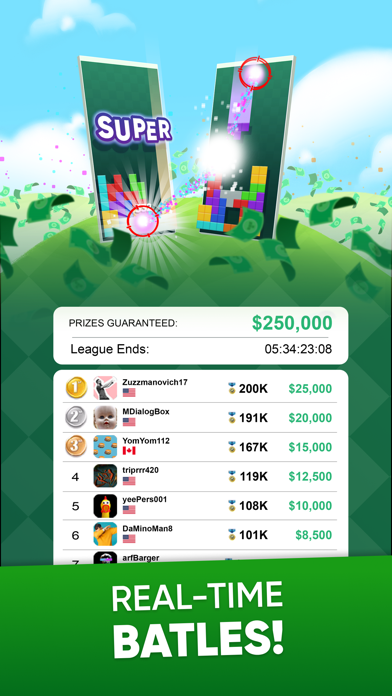 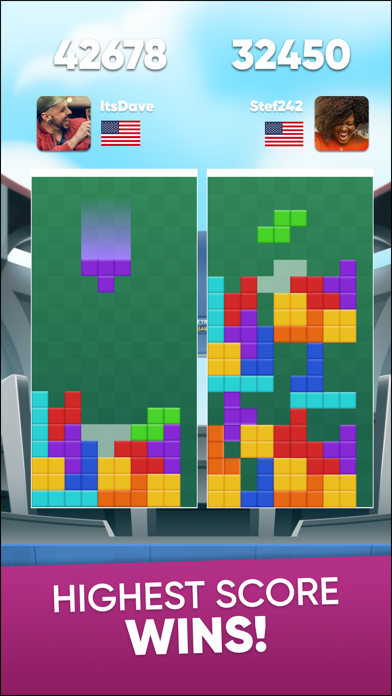