Random Dice is an exciting tower defense game where you set up dice towers with various abilities and defend incoming enemies.
When you merge the same type of dice with the same number, you will get 1 level higher dice tower.
But remember! The tower type changes randomly when you merge them!

It will get more and more difficult for your opponent as you fend off incoming enemies longer and longer.
Apply various strategies based on your opponent's deck.

Mix and match various dice and create your best and powerful PvP deck.

- Initial Overwhelming Deck
Use very powerful ATK deck and overwhelm your opponent before he can build his strength.

- Build-up Deck
Overcome the initial difficulties and build up your strength for that killer attack!

- Balanced Deck
Manage your towers for the long-run and lead your opponent to make a mistake.

In the Alliance Mode, you cooperate with another player to fend off the waves of incoming enemies.
You can get new dice by playing the Alliance Mode.
Collaborate and fend off incoming waves as long as you can.
Diverse strategies can be applied depending on the decks of you and your ally.

- Exclusive Common Unit Deck + Exclusive Boss Deck
One player fends off incoming common units while the other player builds up to complete the towers that can block the Boss.

Need help? Use our Random Dice : PvP Defense Walkthrough page or sign up and make your contribution today.

- Boss monster's HP increment range and appearance time has been adjusted from PvP Mode(Including Mirror and Random Arena). - The minimum movement speed has been applied to monster. - The initial skill cast time of IIIIIIIIII Boss has been changed. - Card Boost wave has been changed from the Co-op Mode. - Minor Bug Fixed.

Random Dice : PvP Defense is a free-to-play, simulation and strategy game developed by 111%, and is available for download on both iOS and Android devices. The app is compatible with iOS 10.0 or later on the following devices: iPhone 11 Pro, X, Xs, SE, iPhone 8, 7, 6, iPad Pro and iPad Mini. 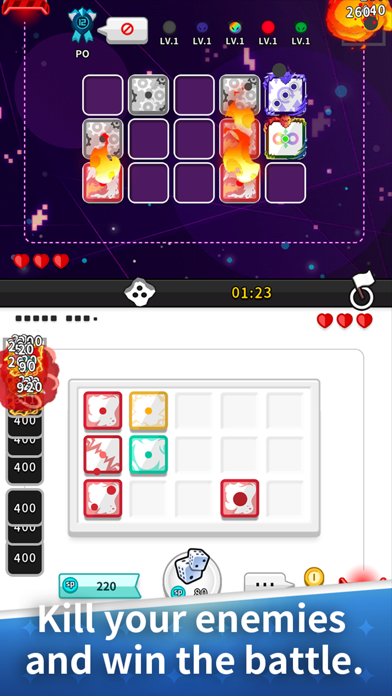 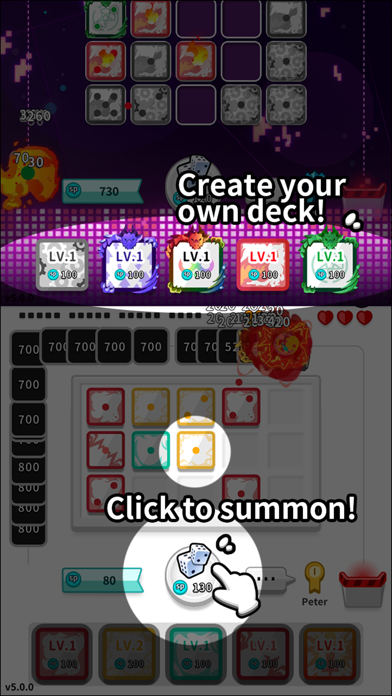 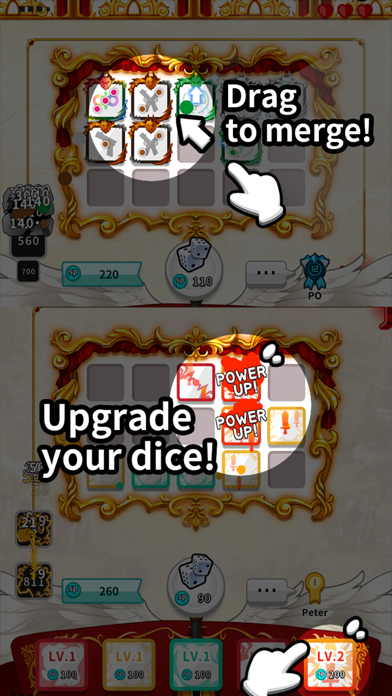 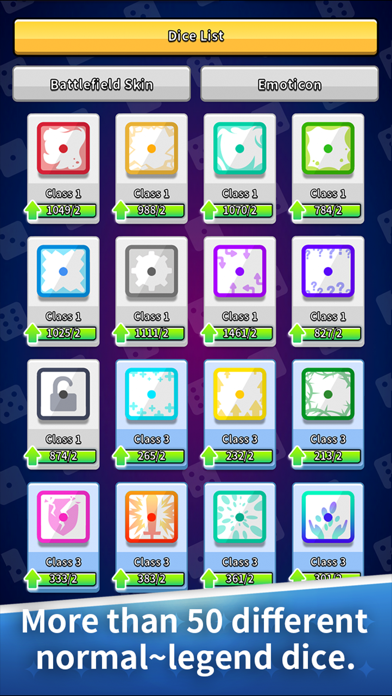 Review: A few ideas First idea: a testing area You can test your dice and you can spawn any enemy and you can chose...

Review: Random arena When will you fix random arena?! The concept is great, but the setup is terrible. Too many games that are...

Review: the best i've never played mobile game this is the first and its the best

Review: Best Game Ever! I think that this game is the best game ever. It is so fun and is a great way to...