Trivia across the U.S.A.

Think you have what it takes to be President of the United States? An uneducated haberdasher became President as did a businessman who declared bankruptcy six times. So why not you? Play Election: The Game and discover if you have the combined knowledge, political acumen, and luck required to win the Oval Office. All you need to do is raise a ton of cash, be as conversant with the issues of the day as our current chief executive, and hope the news doesn’t catch you in a compromising imbroglio.
Politics might not be much fun these days but Election: The Game is!

Your turn begins by raising cash to campaign. Maybe Oprah endorses you. That’ll put money in the war chest. Or opposition research might find that college photo of you in blackface. You’ll lose donors on that. Then use your cash to campaign in individual states and answer a question specific to the state such as: In which Alabama city did Rosa Parks refuse to give up her seat? Don’t know? Don’t worry. They’re multiple choice. Answer the state question correctly and it’s off to one of our general questions that span the time frame from George Washington to George Floyd. Answer both questions correctly and win the state’s electoral votes. (Guess how many Alabama has? 3, 6, or 9?)

All you have to do is win 270 votes before your opponent, and you can tell the post office to forward your mail to 1600 Pennsylvania Avenue.

It’s not easy and you might run out of campaign cash, so strategize. Those big states are big wins, but you have to have enough money in your campaign fund to get into them.

Election: The Game! More fun than running for President.

Brought to you by M.E.F.A. (Make Elections Fun Again!)

Need help? Use our Election The Trivia Game Walkthrough page or sign up and make your contribution today.

About Election The Trivia Game

Election The Trivia Game is a trivia game developed by Good Dog Publishing, and is available for download on both iOS and Android devices. The app is compatible with iOS 12.0 or later on the following devices: iPhone 11 Pro, X, Xs, SE, iPhone 8, 7, 6, iPad Pro and iPad Mini. 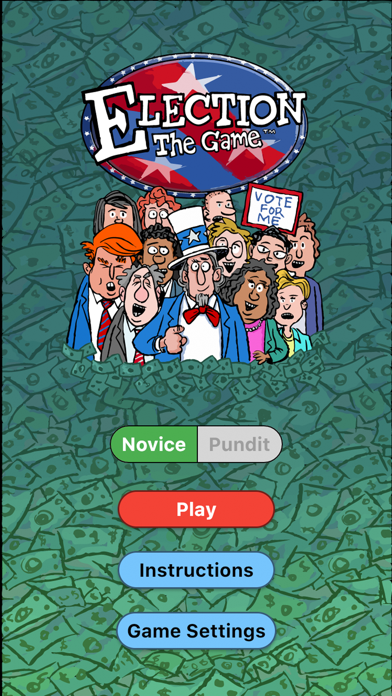 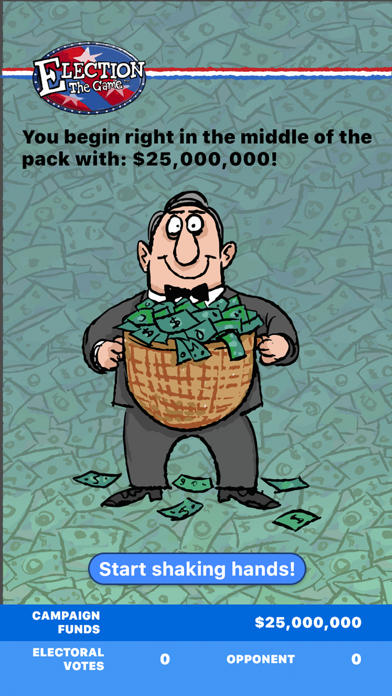 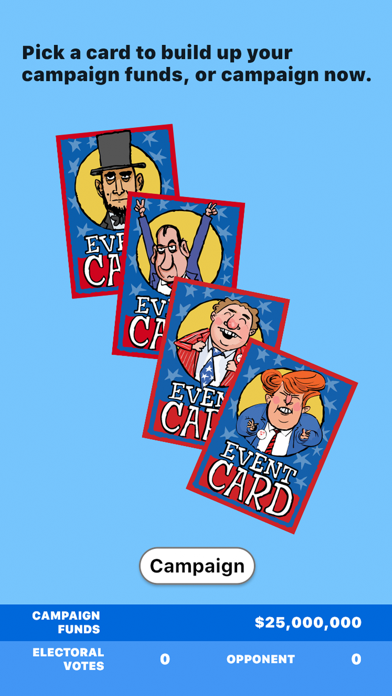 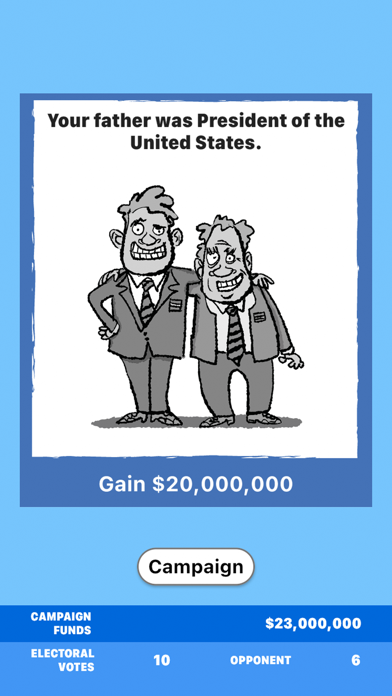 Review: 'Fun Game, Challenging Trivia, and Hilarious Art!' 'What a delightful and funny break from the daily horrors of a presidential campaign like no other. The Event cards...

Review: 'The best new game around!' 'Super fun, learned so much, laughed so much.'