Seemingly built overnight, The Wall has divided both a country in two and a man from his family. To see them again, our ginger-haired protagonist has decided to become a contestant on “The Wall Show”, a Regime-organized TV show allowing competitors the opportunity to escape to freedom on the other side. However, as he progresses through the camp, our contestant soon realizes exactly how the Regime and the show operate. The promise of freedom is not exactly what it seems.
Inspired by games such as Prince of Persia (1989) and Oddworld: Abe’s Exoddus, Ministry of Broadcast revives the spirit of classic cinematic action-adventures where players need nimble run-and-jump reflexes and a healthy aversion to falling from precarious heights. To reach freedom and family, you must lead the protagonist through each of the Arenas while under the ever-watchful mechanical eye of the Regime. The variety of hazardous, dilapidated environments hold an array of obstacles for you to manage—leg-shattering drops (scared of heights?), flaming barrels of garbage (extra-smelly, extra-flamey), inconveniently-placed spike pits (of course), hanging steel beams (so much rust)—but none of this is to speak of the fates of those you meet along the way.

CINEMATIC ADVENTURE - Run, jump, crash, and climb your way through each Arena as the action unfolds around you. Much of the story is unveiled via smoothly integrated animation sequences, within the environment, or from NPCs muttering bits of dialogue as you dive and dodge around them.

ENVIRONMENTAL HUD - Rather than having a screen cluttered with overlaid indicators, HP bars, and minimaps, any information the player will need is incorporated into the environment. Hints and clues are meshed into the game’s art, subtle and specific, players will need a keen eye if they want to survive each Arena without breaking their legs.

BRAIN-BENDING PUZZLES - Use your wits, and at times a dash of ruthlessness, to advance through the Arenas. You’ll have to interact with the environment itself to solve most of the puzzles: use the protagonist’s momentum to move platforms, flip the occasional lever, and sometimes you might have to sacrifice an NPC or two to cross a particularly spiky pit.

TONS OF DARK HUMOR - Featuring lots of impish humor, Grade A sarcasm, and comic mischief, all balanced perfectly with the dark, heavy themes presented in this dystopian world.

Need help? Use our Ministry of Broadcast Walkthrough page or sign up and make your contribution today.

About Ministry of Broadcast

Ministry of Broadcast is a free-to-play, puzzle and action game developed by Hitcents.com, Inc, and is available for download on both iOS and Android devices. The app is compatible with iOS 13.0 or later on the following devices: iPhone 11 Pro, X, Xs, SE, iPhone 8, 7, 6, iPad Pro and iPad Mini. 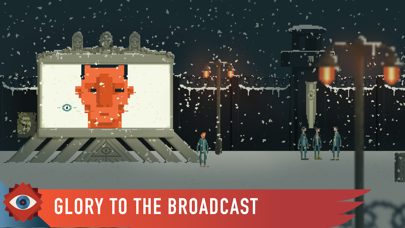 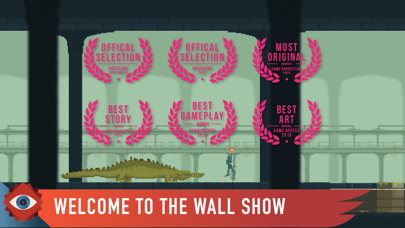 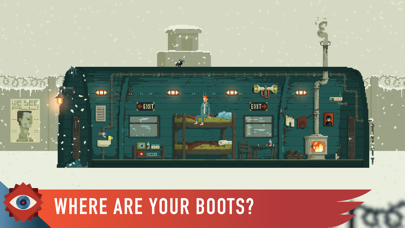 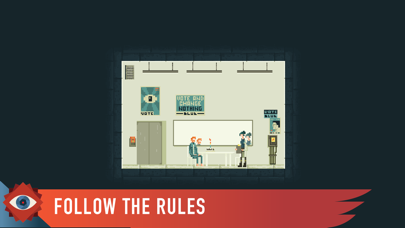 By Onyx the Nightwing

Review: 'If 1984 was Made in Czechoslovakia' 'Love the hidden reference to Prince of Persia in some of the wall art, since the gameplay is similar. No...

Review: 'Fantastic' 'The Gingers have no Soul joke being present instantly made this a 5 star experience'

By Zuke that plays clash Royal

Review: 'so good' 'such a good game. definitely a good purchase'

Review: 'I was not thinking straight' 'I did not realize how good the game was I was just annoyed about how the controls work and was...