Derby Rush is the one and only app based on the popular classic horse race board game.
To play: NOTE ALL MOVES ARE MADE AUTOMATICALLY BY THE APP. All you have to do is roll the dice and cross your fingers.

From the deck of cards, the aces, kings, and jokers are discarded leaving you with 44 cards. Shuffled and dealt. Each player will not necessarily receive the same amount of cards. Four horses must be Scratched before the race starts.
To do this, the computer rolls the first four dice rolls and the total on the first roll is the first horse to be scratched. That horse is moved back to the first line. For example, if a four and a two were rolled with the dice for a total of six, then horse number six(6) would be moved back to the first scratch line. All players would then check their cards and pay one coin for each number six card in their hand. The sixes are then discarded.
On the second scratched roll that horse moves back to the second line and costs two coins for each of those that you have in your hand. It continues with the third and fourth scratch, moving to the three and four coin lines, respectively. Paying the designated amounts, and discarding the scratched cards accordingly.

The horses now remaining at the gate are ready for the race to start.
The first person to roll the dice and moves that horse forward one space. However, if the total on dice equal a scratched horse then that player pays the pot the scratched amount. Then the next player rolls the dice.
Play continues around the table, until one horse reaches the finish line!
Your dealt cards are your shares of each horse in the race. If horse number nine(9) should win the race, and you have no nines in your hand, then you’re just plain out of luck. On the other hand, if you were to have two nines in your hand, you would win half the pot!
Each card with the winning horses number wins 25% of the pot.
If you had all four of the one number, and that horse was to win then you would take the entire pot.
After the pot has been divided, the cards are passed to the next player, the horses are all moved to the starting gate, and youíre ready to begin the next race!

Need help? Use our Derby Rush Walkthrough page or sign up and make your contribution today.

Derby Rush is a card game developed by Wrkwk, and is available for download on both iOS and Android devices. The app is compatible with iOS 9.0 or later on the following devices: iPhone 11 Pro, X, Xs, SE, iPhone 8, 7, 6, iPad Pro and iPad Mini. 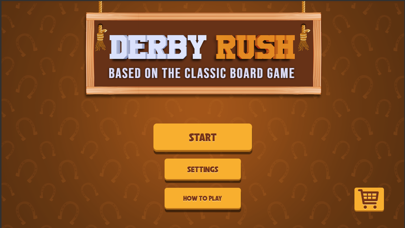 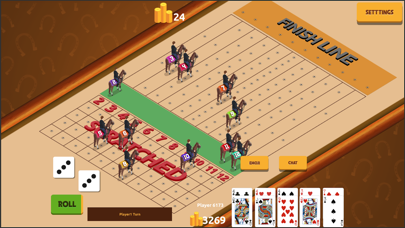 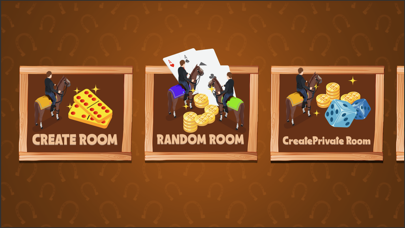 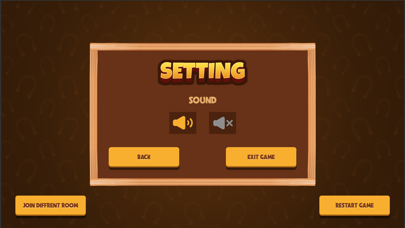 Review: 'Amazzzzzziiiinnnnggg' 'This app is so amazing and hard to put down definitely a must try. Also easy to use!!'

Review: 'Best game' 'I love the board game and I’m glad I found an app for it. Fun and exciting to play....

Review: 'YESSSSSSS!' 'Not gonna lie, I always thought about creating this in app form, procrastination at its finest. Glad someone did it,...

Review: 'Awesome App' 'Finally someone turned the fun filled game to a App! This is great and fun for everyone!'