Aviary is a beautiful Twitter client built with iOS design guidelines in mind. It's simple enough to pick up and use immediately, and powerful enough to tweak it just the way you want. The delightful interface is coupled with extensive features that feel the part on your device, whilst elevating your Twitter experience.
WHY YOU'LL LOVE AVIARY:

Browse Twitter without the distractions of promoted tweets or ads. Use filters to hide tweets containing keywords, users, media, quotes, retweets, tweets above or below certain thresholds, regular expressions, and more. Tweak app icons, tints, gestures, tweet appearances, and much more with the extensive list of settings options.

If you have any questions or feedback, please get in touch. Aviary was created by an incredibly small team of one and I'd love to hear your thoughts. I'm available through Twitter @JPEGuin.

Aviary is an application developed by Shihab Mehboob and released on iOS. The app is compatible with iOS 14.0 or later on the following devices: iPhone 11 Pro, X, Xs, SE, iPhone 8, 7, 6, iPad Pro and iPad Mini. 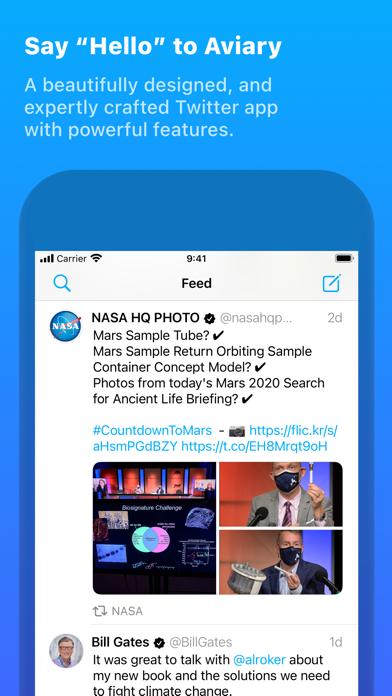 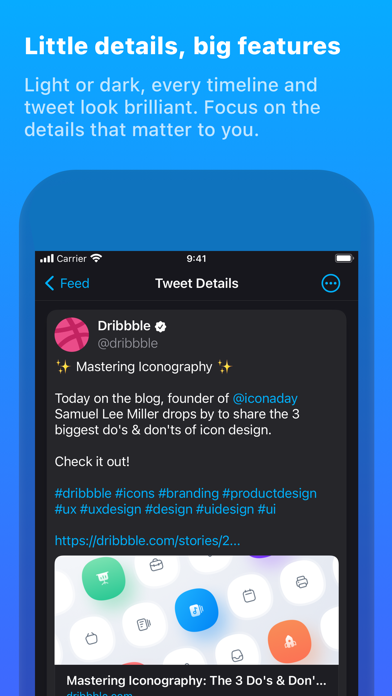 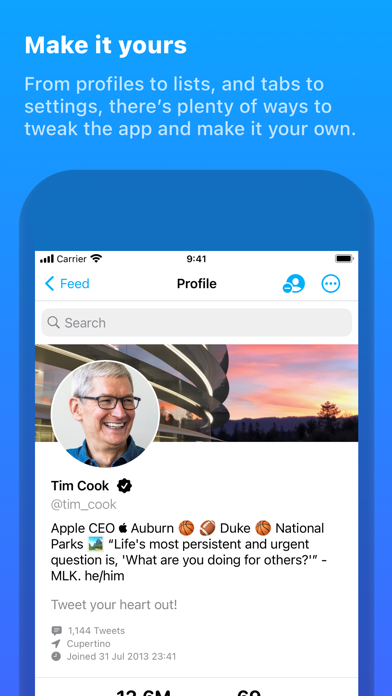 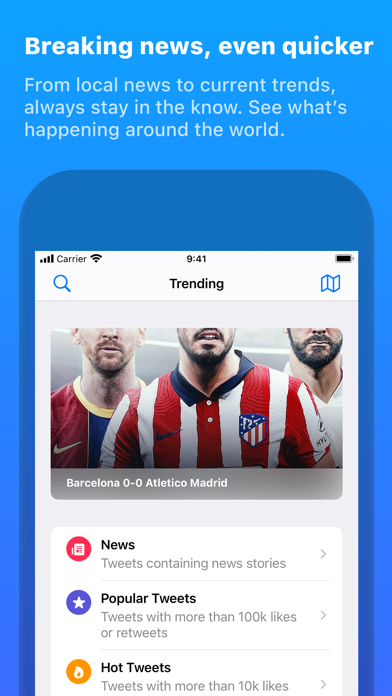 Review: Apple Watch Improvements Hope to add an option to view images directly in timeline rather than having to go into the details of...

Review: Great with many flaws The app crashes if you look at it the wrong way, otherwise it’s great. But not crashing is kind...