Many trick-taking games are not directly related to Bridge or Whist. Perhaps the foremost one is HEARTS, which is truly one of the greatest card games ever devised for four players, each playing individually.
The player holding the 2 of clubs after the pass makes the opening lead. If the 2 has been removed for the three handed game, then the 3 of clubs is led.

Each player must follow suit if possible. If a player is void of the suit led, a card of any other suit may be discarded. However, if a player has no clubs when the first trick is led, a heart or the queen of spades cannot be discarded. The highest card of the suit led wins a trick and the winner of that trick leads next. There is no trump suit.

The winner of the trick collects it and places it face down. Hearts may not be led until a heart or the queen of spades has been discarded. The queen does not have to be discarded at the first opportunity.
The queen can be led at any time.

Need help? Use our Hearts - Deal and Play! Walkthrough page or sign up and make your contribution today.

About Hearts - Deal and Play!

Hearts - Deal and Play! is a free-to-play, board and card game developed by NewPubCo, Inc, and is available for download on both iOS and Android devices. The app is compatible with iOS 13.0 or later on the following devices: iPhone 11 Pro, X, Xs, SE, iPhone 8, 7, 6, iPad Pro and iPad Mini. 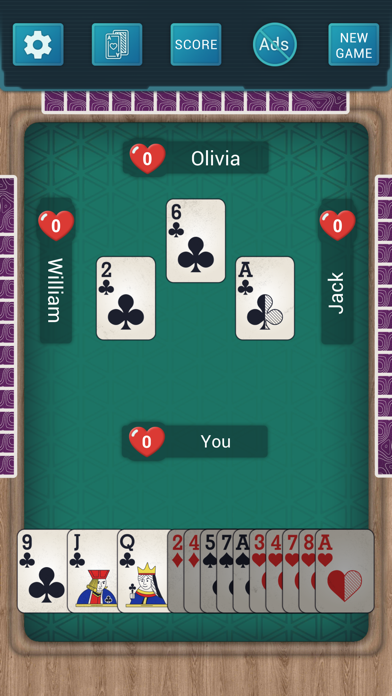 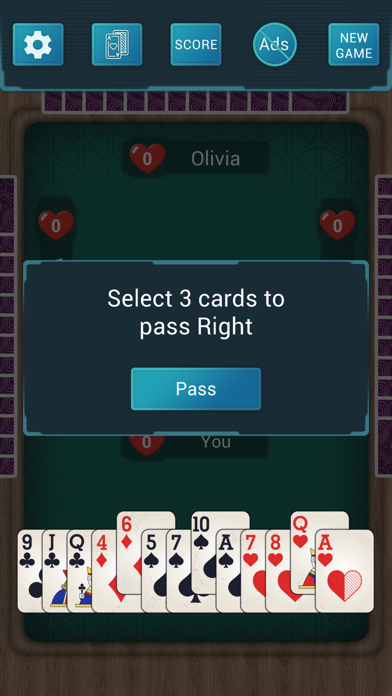 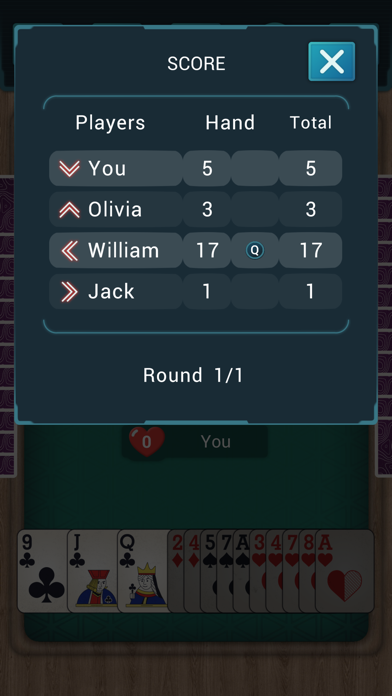 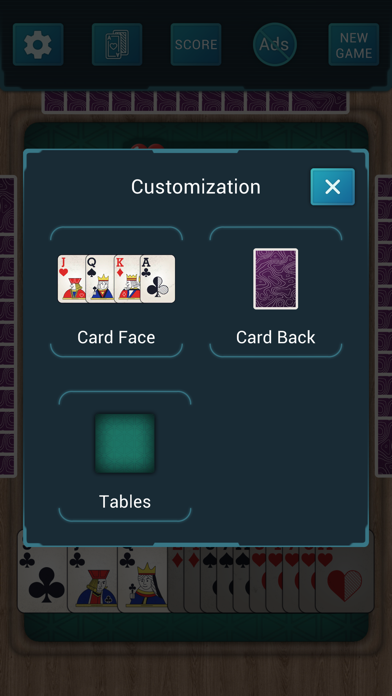 Review: Better version I like this new version so much better. The options are better and you don’t need to tap twice...