Company of Heroes is the critically acclaimed and enduringly popular World War II game that redefined real-time strategy with a compelling combination of fast-moving campaigns, dynamic combat environments, and advanced squad-based tactics.
Command two crack companies of American soldiers and direct an intense campaign in the European Theater of Operations starting with the D-Day Invasion of Normandy.

Tailored to and optimised for iOS, Company of Heroes features an intuitive user interface for rapid execution of advanced real-time tactics in the heat of battle.

A MASTERPIECE BROUGHT TO MOBILE
One of real-time strategy’s most celebrated games optimised for iOS. From the new Command Wheel to flexible barbed wire placement, play using features designed specifically for mobile gaming.

FROM D-DAY TO THE FALAISE POCKET
Direct squads of US troops against the mighty German Wehrmacht through 15 gritty missions based on some of the most challenging fighting of World War II.

SHAPE THE BATTLEFIELD, WIN THE BATTLE
Destructible environments let you exploit the battlefield to your best advantage.

BUY ONCE, COMMAND FOREVER
The classic desktop game, available as a premium app. Download missions and skirmish maps at no extra cost.

Important information regarding Company of Heroes:

Need help? Use our Company of Heroes Walkthrough page or sign up and make your contribution today.

About Company of Heroes

Company of Heroes is a strategy game developed by Feral Interactive, and is available for download on both iOS and Android devices. The app is compatible with iOS 13.1 or later on the following devices: iPhone 11 Pro, X, Xs, SE, iPhone 8, 7, 6, iPad Pro and iPad Mini. 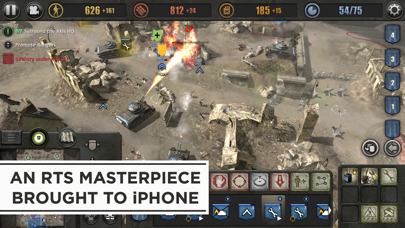 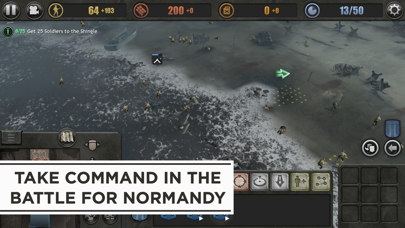 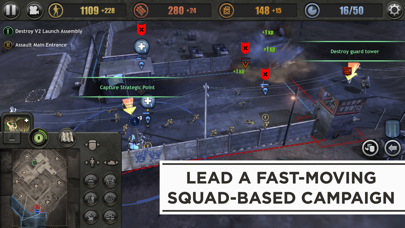 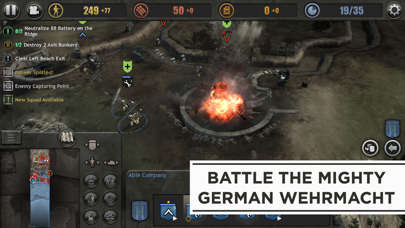 Review: New adds Hey the game is great I thought of some things you could add to the game :You should add new...

Review: Vietnam war game please WE ALL NEED IT Please turn this beautiful game into a Vietnam era oh my that would be nice have the helicopter inserts with...

Review: Awesome job! As someone who grew up playing this on pc, I was ecstatic to see it out on mobile. I just...

Review: More, please! Quite simply the best real-time strategy game on iPad, by a long, long stretch. Please continue to develop and invest...

Review: Latest Update I would like to thank Feral for the last update. I love the graphics, the scenarios, the game play. I...