Hyena Squad is turn-based, tactical game that combines classic squad tactics with light RPG elements. Set in a deep space station infested with aliens and the animated dead, you will lead an elite team of specialists in a daring rescue mission. Use each of your team mates special skills to their fullest to hold back the alien hordes long enough to achieve your mission objectives and get your squad out alive. The game features intense action where you will have to factor in cover, line of sight, alien positions, and squad morale to make the right decisions for victory. Lead a diverse squad ranging from heavily armored melee specialists, heavy gunners that can unleash a torrent of bullets, elusive and flexible scouts and even mysterious psychics.
- 12 tense combat missions with a wide array of win objectives including survival, hold-the-line, killing enemy targets and rescue missions.

- Level up your team with experience which boosts both stats and grants whole new skills. Equip your squad with specail weapons and gear that can grant even more new abilities.

- Face dozens of different aliens ranging from re-animated dead, alien / human hybrids, mutated soldiers and even deadly bosses that can dominate your soldiers with psychic powers.

- Use the environment to your advantage. Shoot explosive fuel barrels, chemical containers and coolant tanks to cause devastating chain reactions to kill multiple enemies.

Enjoy a premium game experience with no in-app purchases, ads or unfair game mechanics. No online requirements allow you to play on your schedule. Hyena Squad is turn-based, tactical strategy where you win or lose based on your tactical skill and nothing else.

Need help? Use our Hyena Squad Walkthrough page or sign up and make your contribution today.

Hyena Squad is a free-to-play strategy game developed by Wave Light Games Inc, and is available for download on both iOS and Android devices. The app is compatible with iOS 12.0 or later on the following devices: iPhone 11 Pro, X, Xs, SE, iPhone 8, 7, 6, iPad Pro and iPad Mini.

Click the button or scan the QR code below to download the latest version of Hyena Squad on iOS. 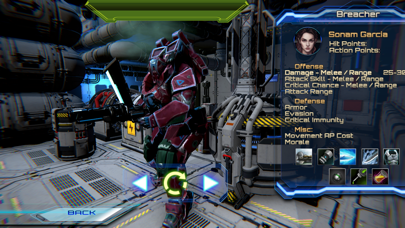 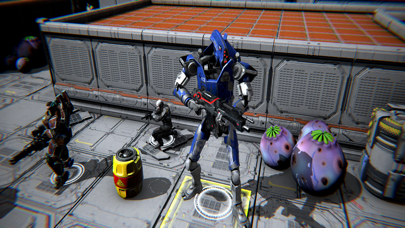 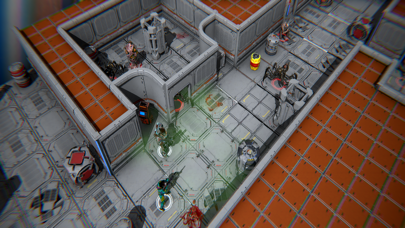 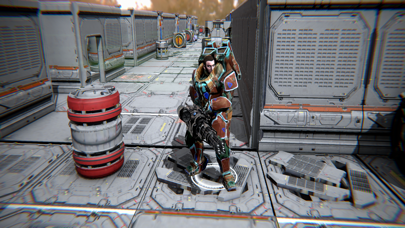 Review: Another hit Loved Hydra Strike Team and this one is even better. Good job to the developers.